Making Change Outside the Courts

Making Change Outside of the Courts: Advancing LGBTQ+, Racial, and Economic Justice

GLAD has long relied on the whole mix of legal, policy, and advocacy tools to build a just society free from discrimination. To advance racial, economic, and LGBTQ+ justice and ensure the greatest possible impact for our communities, GLAD engages in the courts and at policy tables, in statehouses with legislators and advocates, and in community coalitions across New England and beyond.

In 2021 we worked in partnership with others to advance bills that will make a difference in the lives of LGBTQ+ families, adults, and youth. Some of these policies target harms individuals face because of poverty, racial inequities, anti-LGBTQ+ bias, or discriminatory laws, while others lay the groundwork for broader changes.

GLAD advocated this year with partners to pass The Rhode Island Fair Housing Practices Act, signed into law in June. Access to housing is a basic necessity and critical to a person or family’s health, stability and wellbeing. Still, too often, discrimination gets in the way of attaining a safe place to live. The Act repeals LGBTQ-only exemptions in Rhode Island law that allowed discrimination based on sexual orientation, gender identity, or gender expression for smaller housing units, which make up a large percentage of housing stock in the state.

GLAD also worked in coalition to pass An Act Relating to Health and Safety – State Building Code, which requires single-use bathrooms in places of public accommodation to be labeled “restroom“ rather than restricted by gender. Not only does this protect transgender and nonbinary people from harm when using public restrooms, but it also improves accessibility for disabled Rhode Islanders and young children with differently gendered caretakers and helps everyone by reducing wait times.

Protecting Our Families: Expansion of Parentage and Adoption Laws

As a complement to litigation, GLAD also seeks to pass updated, comprehensive laws to secure parent-child relationships regardless of whether the parents are married or how that child came into the world. These protections are critical to children’s well-being and address the vulnerability families face from outdated laws and financial barriers in our existing system. GLAD’s work to update parentage and other family-related laws is both an LGBTQ+ equality and a priority for access to justice.

The passage this spring of the Connecticut Parentage Act (CPA) was a victory years in the making. GLAD co-led the We Care Coalition with Yale Law School Professor Douglas NeJaime, working closely with bill sponsors Representative Jeff Currey and Senator Alex Kasser and other stakeholders on the bill’s text. Our coalition advocated by sharing the stories of impacted children and families in the Constitution state and organizing the effort to secure passage. Families and advocates celebrated what Professor NeJaime called “the most comprehensive parentage bill to pass to date,“ at a signing ceremony in Hartford on the first day of Pride Month. The CPA, which goes into effect January 1, 2022, fills gaps in Connecticut law that left children of LGBTQ, unmarried, or de facto parents vulnerable.

GLAD and our partners also successfully advocated for a critical update to the Maine Parentage Act of 2015 to expand access to the Voluntary Acknowledgement of Parentage for LGBTQ parents and others. This acknowledgment form provides a clear, fair, and simple way for parents to establish their legal connection to the child as soon as they are born and protects the family’s integrity and security. Governor Mills signed LD 222, An Act to Update the Maine Parentage Act, in June.

With these two successful bills and updates in Vermont, Rhode Island, and New Hampshire over the past few years, nearly every state in New England has updated laws recognizing the diversity of how the LGBTQ community forms our families. We are working hard right now to pass the Massachusetts Parentage Act this year. In partnership with Resolve New England, we are leading a coalition of over 50 partner organizations and families to pass An Act Relative to Parentage to Promote Children’s Security (S 1133/H 1714). Learn more, share your family’s story, and get involved at www.massparentage.com.

Massachusetts co-parent adoptions by LGBTQ couples who petition to adopt their own children, and An Act to Provide Access to Fertility Care (LD 1539), which would make forming families in Maine more attainable for LGBTQ+ couples, and all couples experiencing infertility, by increasing comprehensive medical insurance coverage for fertility diagnostic issues and treatment.

In June, justice-involved youth in Maine gained the right to counsel and petition for alternatives to incarceration when Governor Mills signed into law LD 320, An Act to Provide the Right to Counsel for Juveniles and Improve Due Process for Juveniles into law. GLAD worked with bill sponsor Rep. Victoria Morales, whose district includes the Long Creek juvenile facility, and advocacy partners on this 3-year effort to make necessary reforms to the juvenile justice system. The bill:

Keeping young people with supportive families, connected to resources, and out of correctional facilities is crucial to their opportunities for accountability and development for healthy adulthood. GLAD also supported a Maine Youth Justice–led bill to begin a process to close Long Creek, Maine’s one remaining juvenile prison. While that bill did not become law this session, we applaud MYJ’s leadership on the issue. GLAD will continue to work in partnership with them and others on structural changes to our juvenile justice systems, including efforts to close Long Creek.

Also becoming law this June was An Act Regarding School Discipline for Maine’s Youngest Children, which essentially prohibits suspensions and expulsions for children in grade 5 or lower and bars the withholding of recess except for restorative justice interventions. Under the leadership of Rep. Victoria Morales and with the collaboration of Disability Rights Maine, the Maine Children’s Alliance, GLAD, and others, this revision of punitive disciplinary measures can keep children engaged in school and prevent issues of the school-to-prison pipeline, outcomes which disproportionately impact students of color and students with disabilities, including those who are LGBTQ+.

GLAD and partner organization OUT Maine collaborated with the Maine Department of Education on its first-ever LGBTQI+ website for the Department, launched in August. The site includes resources on student action groups, student rights, medical and mental health information, and much more, supporting and sustaining inclusive learning environments and contributing to student success at school and over a lifetime.

GLAD is co-leading a Racial and Equity Committee of the Maine Law Court’s Justice for Children Task Force to develop accurate information and support sound policy and interventions. With funding and leadership from the Maine Judicial Branch, the Task Force has commenced a multi-agency demographic data study about what data is collected in the Judicial Branch and the child welfare, education, public safety, and corrections systems, with a final report completed by November 2022.

Together with other LGBTQ+ and youth advocacy organizations, GLAD is also advancing structural reforms in our child welfare systems and seeking to improve conditions for youth affected by these systems.

GLAD partnered with the National Center for Lesbian Rights to write and file a friend-of-the-court brief submitted on behalf of 23 LGBTQ+ organizations urging the Supreme Court to protect access to abortion, uphold the precedent established in Roe v. Wade and Planned Parenthood v. Casey, and avoid a ruling that would exacerbate the subordination of women. The brief cautions the Court to consider both the extreme rarity and the dangerous, widespread consequences of overturning long-held equality and fundamental rights jurisprudence. It also lays out the catastrophic real-world impact overturning Roe and Casey would have on LGBTQ+ people. While not discussed widely, members of our community are more likely to experience unintended pregnancies as a result of sexual violence, more likely to lack insurance, and more likely to face widespread discrimination in the health care system, including in access to contraception. Restrictions on abortion access put already vulnerable individuals, including sexual minority women, at heightened risk for higher rates of poverty, domestic violence, and negative health outcomes.

All of us need accurate ID, and for transgender and non-binary people, it is essential for their safety and security. GLAD continues to work across New England to ensure everyone can access ID that reflects who they are, without barriers. 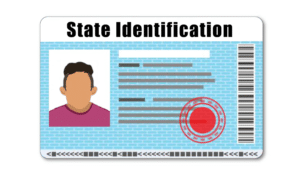 In August, we supported Rho, a non-binary Granite Stater, in successfully advocating for the New Hampshire DMV to remove barriers in choosing an “X” gender marker on their state-issued driver’s license or ID. Now people do not have to get a medical provider to attest to their non-binary gender identity, which can be a significant barrier to updating their ID. This policy change also applies to anyone changing their gender marker to X, M, or F and means that New Hampshire joins the rest of New England, as well as other states and municipalities, in having a straightforward process for people to have accurate state ID that affirms who they are.

In Maine this session, GLAD consulted on the substance of and supported LD 209 – An Act Concerning Name Changes for Minors, which clarifies and streamlines the process by which a parent or guardian can request a name change for a minor child by filing a petition in Probate court. The law drops the requirement to publish notice of the name change, allowing for confidentiality. It sets forth factors for judicial consideration, including the minor’s expressed preference and the child’s best interest. We also worked with community partners to pass LD 855 – An Act Regarding the Issuance of a Birth Certificate Following a Gender Marker Change, to ensure that new birth certificates issued following a name or gender marker change are not marked as amended, a crucial consideration to protect privacy and safety for transgender individuals.

A landmark achievement in the Maine 2021 legislative session with the potential to impact the lawmaking process and across systems is the enactment of LD 2, An Act to Require the Inclusion of Racial Impact Statements in the Legislative Process. Conceived and sponsored by Assistant House Majority Leader Rachel Talbot Ross, the law provides that any legislation considered in Maine may be evaluated for its racial impact at the request of any legislator or committee. GLAD provided LGBTQ-community testimony in support of LD 2. With the guidance of Black, Brown, Indigenous, and other leaders and communities of color, looks forward to supporting the use of this important and innovative tool.

Families, Advocates Make Urgent Call For the Passage of the Massachusetts Parentage Act

Connecticut Parentage Act: What You Need to Know