The marriage equality movement has deep roots in New England. GLAD is honored to have worked with so many courageous people who fought for their right to marry all across the New England states, and whose work inspired so many others across the country to do the same. 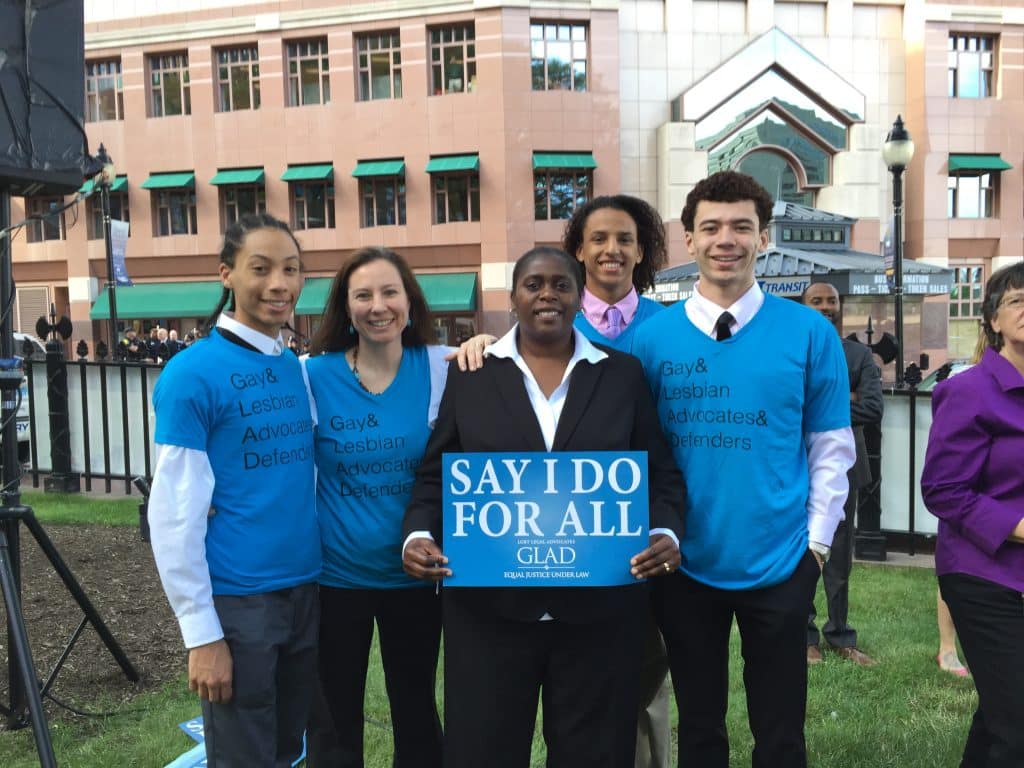 It’s been wonderful to see so many of these plaintiffs celebrating as what they helped get started finally culminated in a national marriage equality victory at the U.S. Supreme Court. 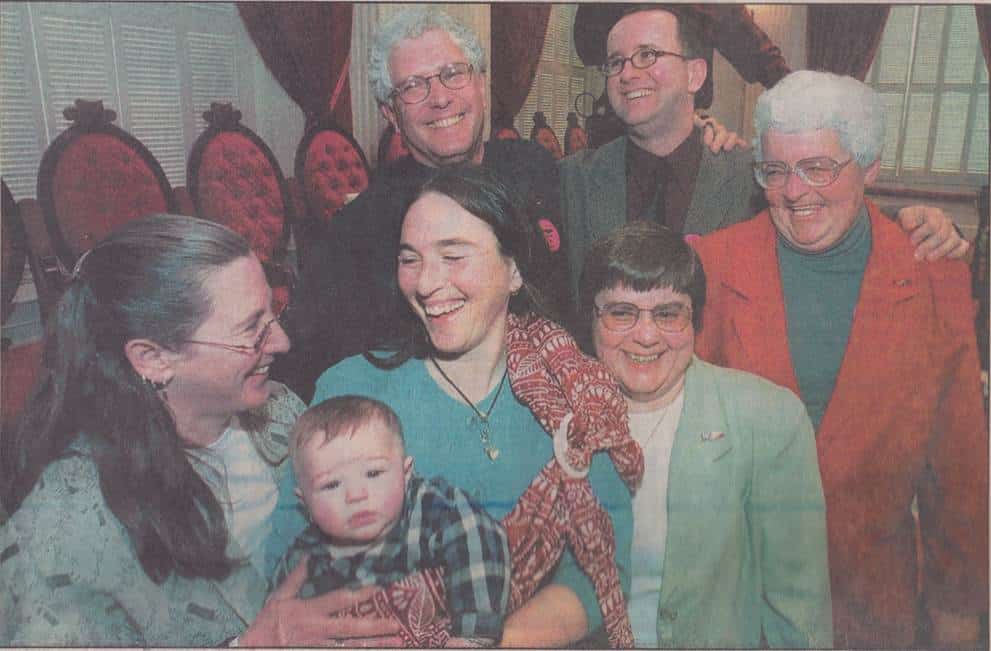 In Vermont in 1999, GLAD’s Mary Bonauto was part of the team with Beth Robinson and Susan Murray that represented the plaintiff couples in Baker v. State, the landmark case that set the stage for the passage of civil union legislation the following year. In 2009, the state legislature overwhelmingly voted to override a veto from Governor Jim Douglas in order to bring marriage equality to Vermont.

Some of the Vermont plaintiffs gathered in Burlington to celebrate Obergefell v. Hodges Decision Day, June 26, the day of nationwide marriage equality. Among the crowd are Baker plaintiffs Nina Beck and Stacy Jolles. 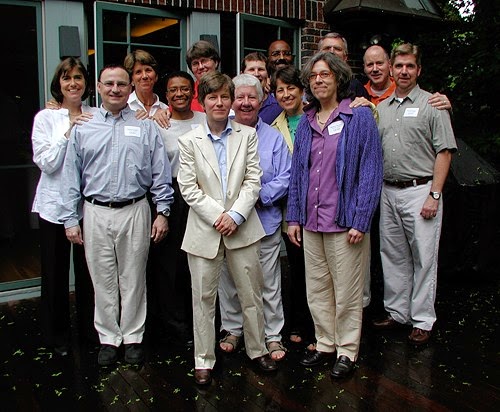 Full marriage equality first came to the U.S. through GLAD’s landmark Goodridge case in Massachusetts. On November 18, 2003, GLAD won a historic ruling from the Massachusetts Supreme Judicial Court,authored by then Chief Justice Margaret H. Marshall, that same-sex couples could no longer be excluded from civil marriage. 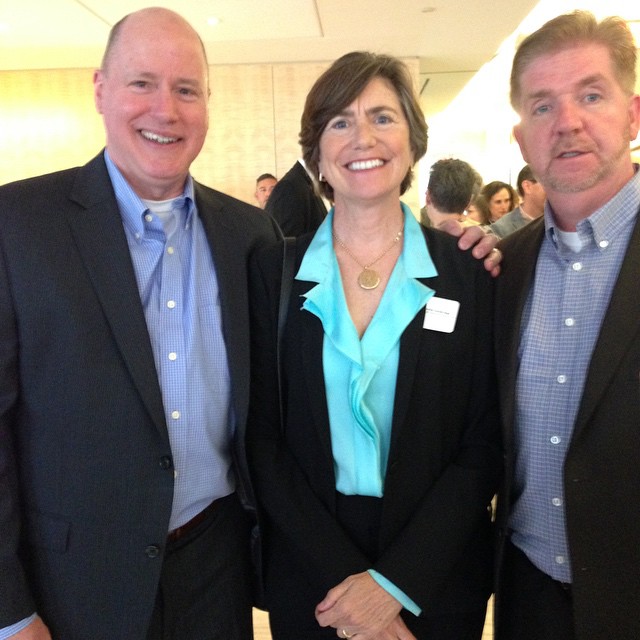 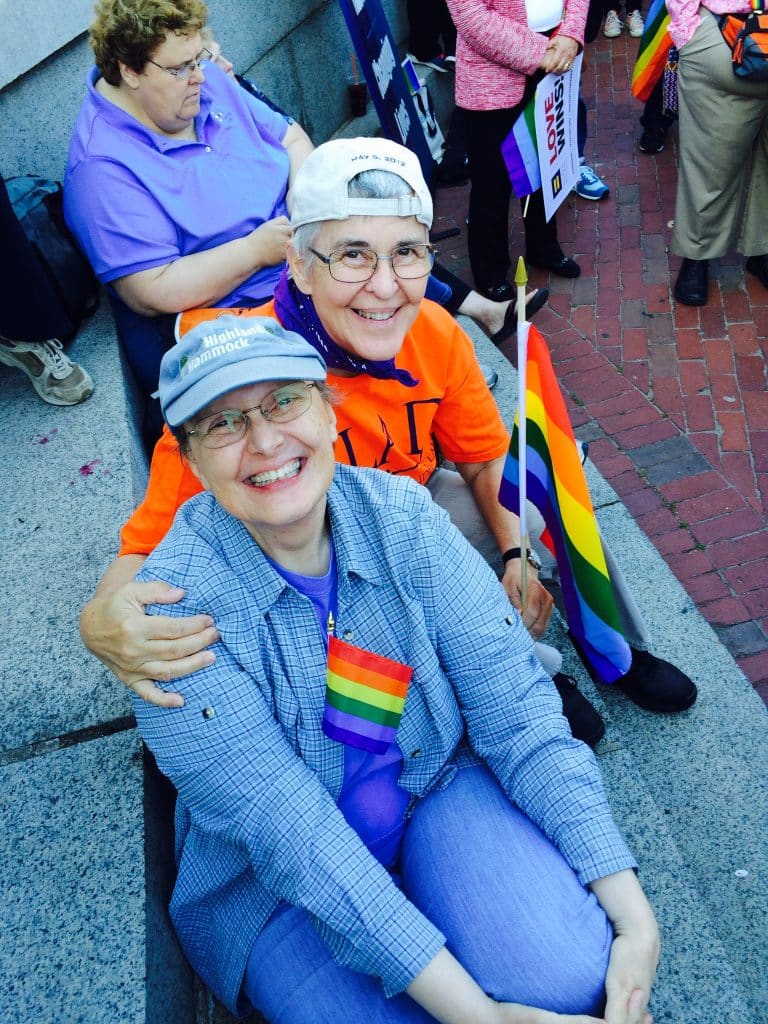 Bette Jo Green and Joanne Whitehead were among the earliest DOMA challengers in Massachusetts.
Here they are at the Massachusetts celebration in Boston on June 26. 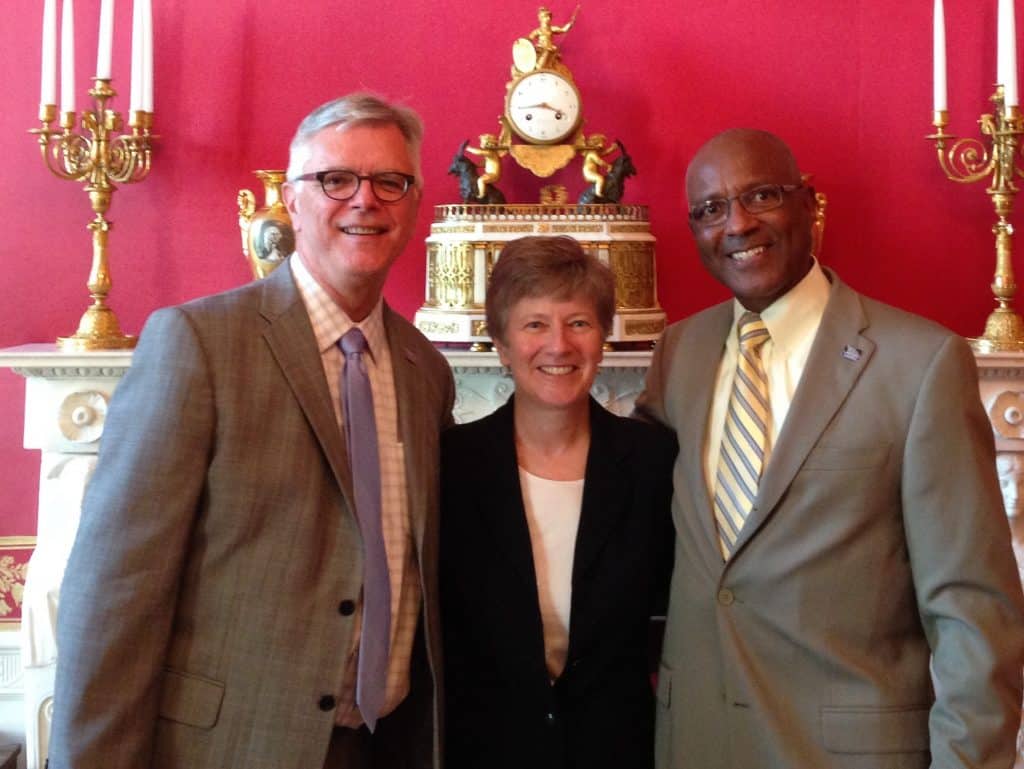 Goodridge Plaintiffs Robert Compton and David Wilson with Mary Bonauto at The White House
on the eve of national marriage equality, June 25. 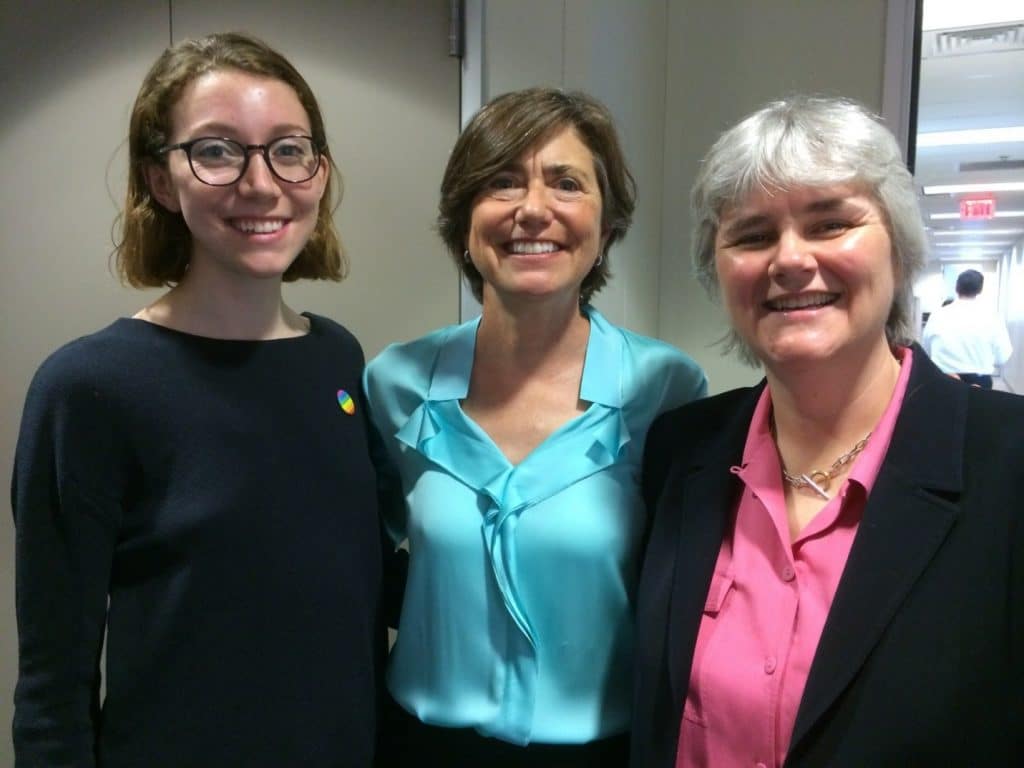 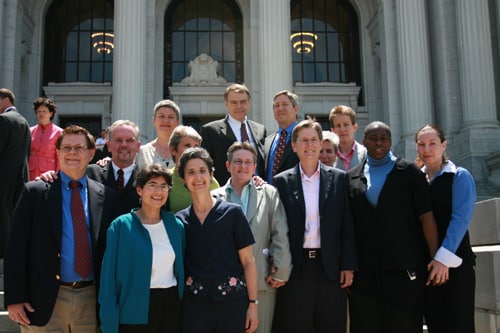 Victory came to Connecticut in 2008 with Kerrigan & Mock v. Connecticut Dept. of Public Health. Prior to this ruling, Connecticut had established civil unions. GLAD’s Bennett Klein represented the plaintiffs in court and won a ruling stating that civil unions are not equality, affirming the plaintiff couples’ assertion that only marriage would provide them with the protections and benefits they need to live securely as a family. 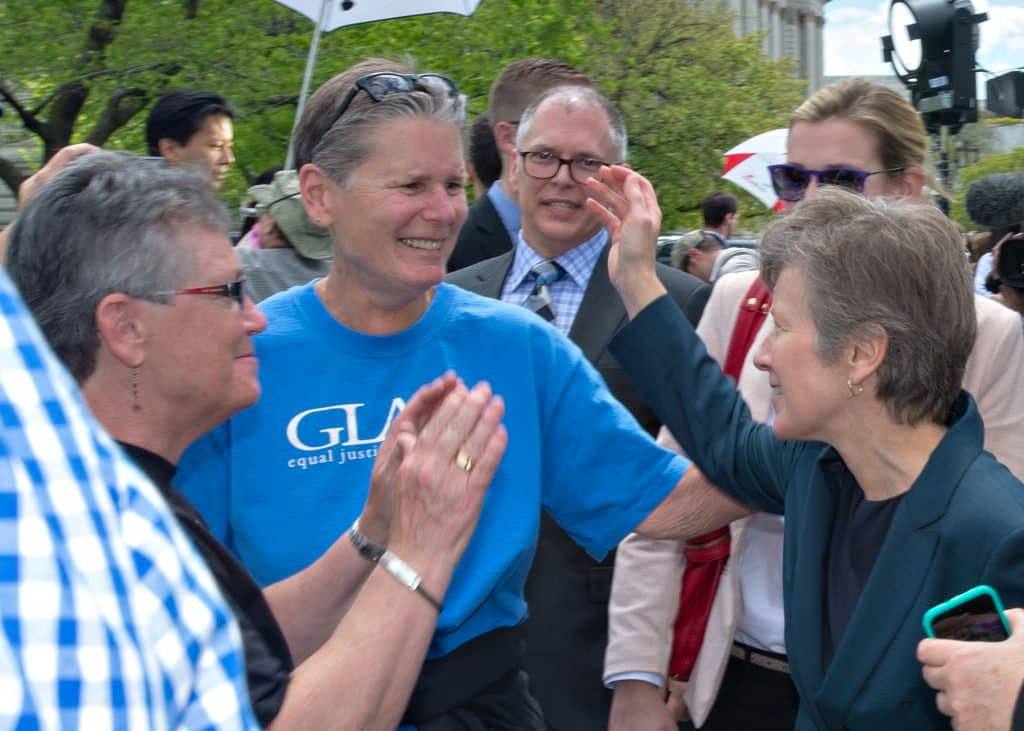 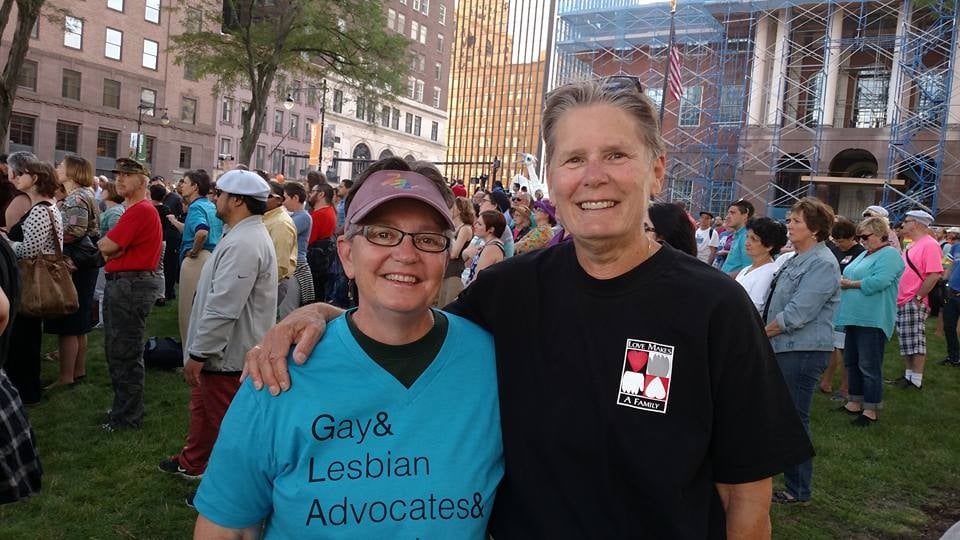 and celebrating on Obergefell Decision Day in CT, June 26. 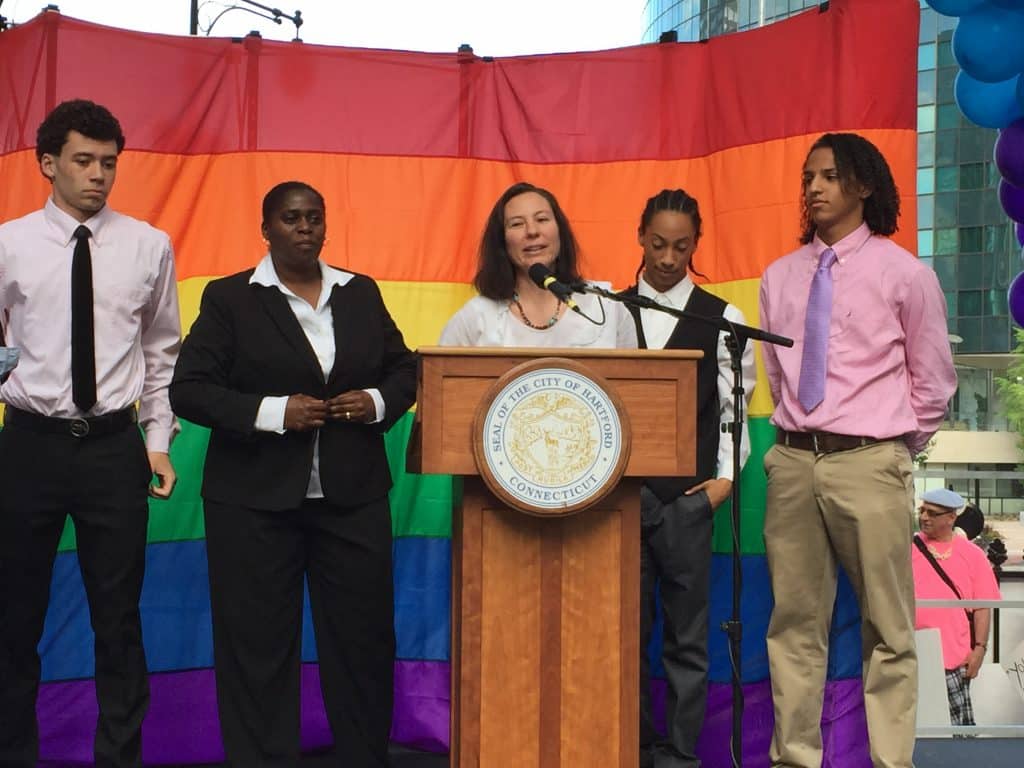 The Artis family, pictured here and at the top of the page, plaintiffs in both Kerrigan & Mock
and GLAD’s 2nd DOMA challenge, celebrating in Connecticut on Obergefell Decision Day, June 26.

Along the way there were other victories. GLAD won a victory with couples in Rhode Island in 2006 that ensured they could marry in Massachusetts when they could not yet do so at home. 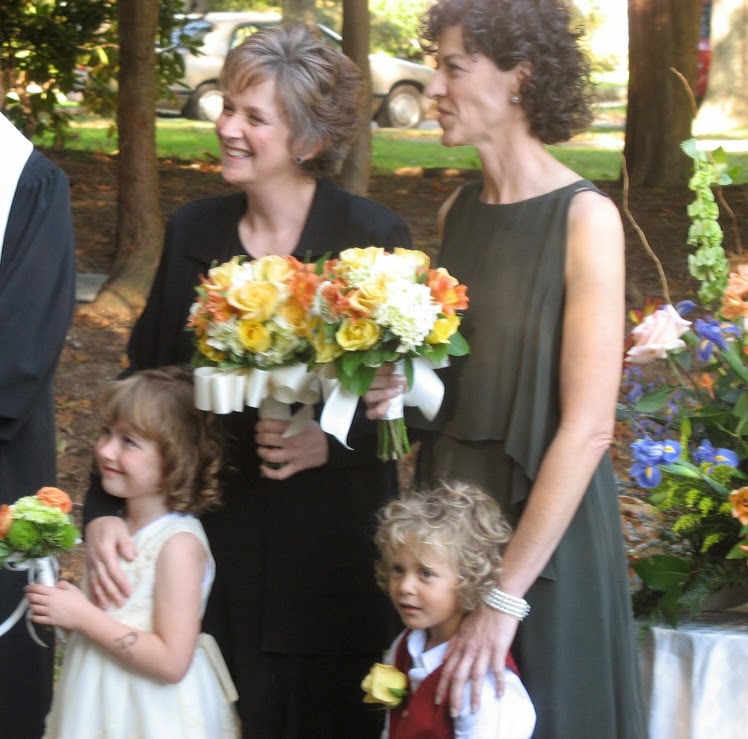 Countless LGBT New Englanders and allies did the grassroots advocacy, storytelling, and legislative work to bring marriage equality to more states. The New Hampshire legislature passed marriage equality in 2009. 2012 saw a landmark ballot-initiative victory in Maine, in a turning-the-tide year that also saw several other states pass marriage equality throughout the U.S. The passage of a bill in Rhode Island in 2013 (the same year DOMA was overturned by the Supreme Court) made New England a complete “marriage equality zone.”

And of course across the country over the years there have been many other cases brought by other committed plaintiffs, LGBT legal organizations and private attorneys.

And in the end, there was Obergefell v. Hodges that decided it all, and any who wish to marry in the United States can now do so.

GLAD Civil Rights Project Director Mary L. Bonauto – who won that first marriage victory in Massachusetts – argued before the U.S. Supreme Court April 28, 2015 on behalf of same-sex couples across the country who were still excluded from marriage. 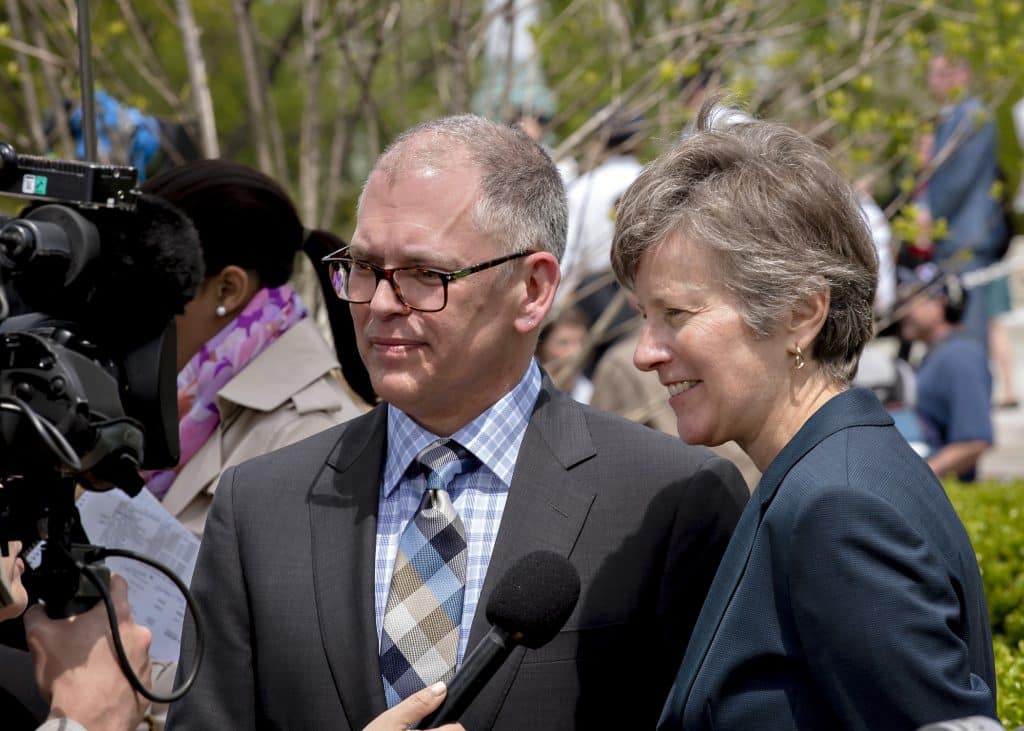 GLAD is proud to have worked with so many courageous plaintiffs, dedicated attorneys, strategic partner organizations,  and many many people across the country to bring marriage equality to the United States. 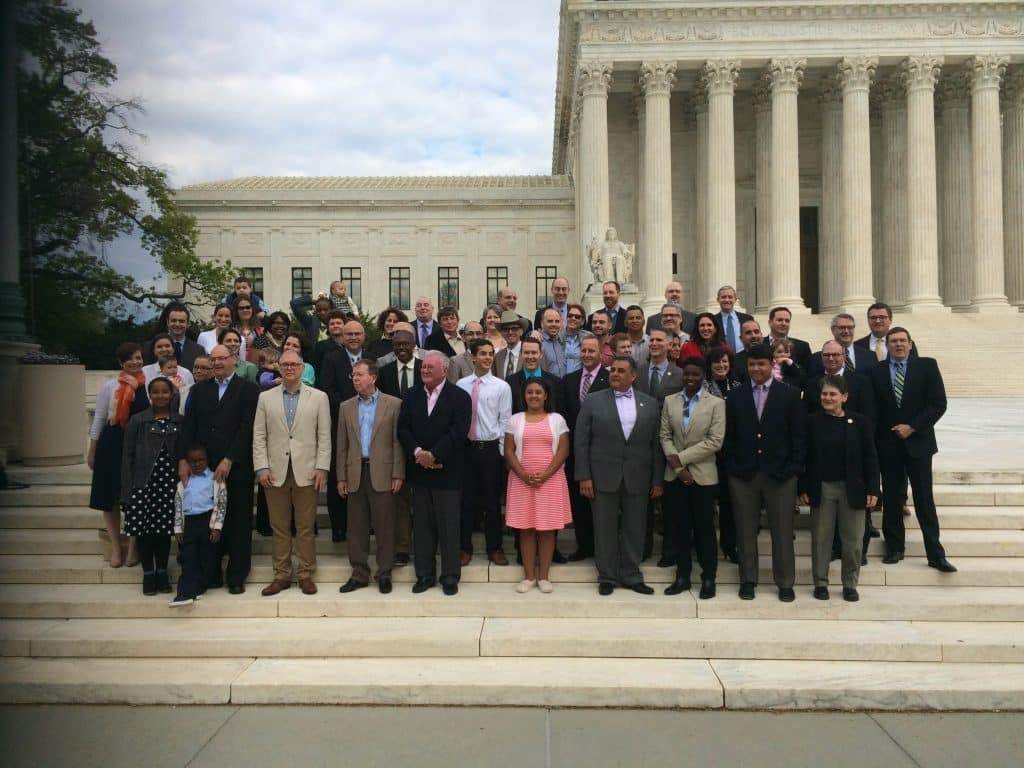 Marriage plaintiffs on the steps of the Supreme Court Building on oral argument day for Obergefell v. Hodges, April 28.

To everyone, everywhere who has been a part of this fight, we say THANK YOU!