Janet Jenkins today appealed to the public for help in locating her daughter, Isabella Miller-Jenkins

In interstate custody dispute, the child’s other mother fails to transfer custody per court-order; disappears with child

In November, the Rutland Family Court in Vermont ordered that Lisa Miller transfer custody of the child to Janet Jenkins on January 1, 2010.  The transfer of custody did not occur, and Isabella’s and Lisa’s whereabouts are unknown.  Lisa’s attorneys say that they have not been in touch with her for some months, and Isabella’s guardian ad litem and attorney have been unable to contact her.

Isabella was born in 2002, after Janet and Lisa, then a couple, decided to have a child together.  Lisa was artificially inseminated to conceive the child.  The current custody and visitation case began in 2003, when Lisa filed papers in Vermont asking the court to dissolve her and Janet’s civil union and decide the custody of their child.  The court granted temporary custody to Lisa and visitation to Janet.  The court later determined that Janet is Isabella’s legal parent.

Lisa filed a new case in Virginia, seeking to have herself declared the sole parent of Isabella. After years of litigation, the Virginia Court of Appeals held that Vermont had jurisdiction over the case, and that Virginia courts must abide by the Vermont court’s decisions.  (A more detailed history of the case is provided below.)

Today, Janet made the following statement:

I am so worried about Isabella.  I do not know where she is or whether she is okay.

Isabella is my daughter.  Lisa and I decided together to have a child, and that we would use alternative reproductive technology to do so.  We picked out a donor together.  I was there with Lisa when she gave birth to Isabella.  We gave her both our last names, since we were both her parents.  After Isabella was born, Lisa and I cared for her together.  We both fed her, played with her, changed her diapers, and loved her.

Eventually, the courts ruled that I was Isabella’s parent, but in my heart I’ve always known that.  It was devastating to me, as I’m sure it was to Isabella, when Lisa withheld contact between me and my daughter.

My goal has never been to separate Isabella from Lisa.  I just want Isabella to know and love both of her parents.  I just want to be with her, like any parent.

Please help me find my child.

One of Janet’s attorneys, Sarah Star of Middlebury, Vermont, said “We are very disappointed that the transfer of custody did not take place as ordered.  For Isabella’s sake, we hope that she will be found soon and reunited with Janet.”

“Our main concern remains for the safety and well-being of Isabella.  Our client, Janet Jenkins, has done everything she can as a loving parent to work within the system to protect her child.  Lisa Miller has repeatedly defied court orders and her behavior has been outrageous and harmful. Today our thoughts are with Janet who does not know where her daughter has been taken. This terrible situation cannot continue.  Miller and Isabella must be found and the transfer of custody must take place as the court has ordered,” said Greg Nevins, Senior Supervising Staff Attorney in Lambda Legal Legal’s Southern Regional Office based in Atlanta, who also represents Janet.

“We are very concerned for Isabella’s safety.  We continue to hope that Lisa will do the right thing and comply with the court’s order,” said Rebecca Glenberg, legal director of the ACLU of Virginia and another of Janet’s lawyers.

Jennifer Levi, senior attorney for Gay & Lesbian Advocates and Defenders and Janet’s appellate attorney in Vermont said, “this case is a tragedy for all families.  Janet has played by the legal rules for years while Lisa has ignored court order after court order.  The legal system fails everyone if any parent can successfully evade the law.  We remain hopeful that by continuing to cooperate with the courts and local law enforcement, Isabella will be found and reunited with her mother.”

Anyone with information regarding Isabella’s and Lisa’s whereabouts should call the Center for Missing and Exploited Children at 1-800-843-5678 or the Bedford County Sheriff’s Office at 540-586-4800.  A photograph of Isabella and Lisa Miller is included below.

Case Background
Isabella Miller-Jenkins was born in April 2002 after Janet Jenkins and Lisa Miller decided to have a child together through artificial insemination.  Lisa and Janet together raised their daughter as co-parents until they separated in the fall of 2003.  Lisa took the child and moved to Virginia. In November 2003, Lisa filed a petition for dissolution of the civil union in the Rutland Family Court in Vermont. In the petition, Lisa acknowledged that the child was born of the civil union, and asked the court to award custody to her and visitation for Janet. Lisa also asked the court to order Janet to pay child support.
In June 2004, the Vermont court issued a temporary custody order giving primary custody to Lisa and allowing visitation for Janet. Instead of following that order, Lisa filed a new action in Frederick County Circuit Court in Virginia. The Virginia court found that Lisa was the child’s sole parent and that Janet had no right to custody or visitation. The court cited Virginia’s “Marriage Affirmation Act,” which went into effect on July 1, 2004 and banned same-sex marriages or civil unions. Janet appealed the Circuit Court’s ruling to the Virginia Court of Appeals.

In the meantime, the Vermont court held Lisa in contempt for refusing to allow Janet visitation, and later held that Janet is a legal parent of the child. Lisa appealed that decision to the Vermont Supreme Court, which upheld the lower Vermont court’s ruling.

In November 2006, the Virginia Court of Appeals held that the Virginia courts should not have ruled on Isabella’s parentage.  Under federal law, once the courts in one state properly take jurisdiction over a child custody or visitation case, a court in another state cannot assume jurisdiction. The law is meant to prevent parents who are unhappy with a custody ruling from moving to another state to try to get a different result. The court held that Vermont had sole jurisdiction, and that Virginia must give full force and effect to the Vermont Court’s orders. Lisa attempted to appeal this decision to the Virginia Supreme Court, but in May 2007 the appeal was dismissed for procedural reasons.

While that appeal was pending, Janet attempted to register the Vermont order in the Virginia court. Such registration is the means by which a Virginia court may enforce orders issued by courts in other states. The Circuit Court refused to allow the order to be registered, and Janet appealed that ruling.
In April 2007, the Virginia Court of Appeals ordered the lower court to register the order, noting that its previous opinion had already directed the Virginia court to extend full faith and credit to orders of the Vermont court.  Lisa appealed that ruling to the Virginia Supreme Court, which held in June 2008 that the 2006 Court of Appeals opinion was the final word on all of the relevant legal issues.  That decision was based on the “law of the case” doctrine, “when a party fails to challenge a decision rendered by a court at one stage of litigation, that party is deemed to have waived her right to challenge that decision during later stages of the same litigation.”  Because Lisa failed to appeal the 2006 Court of Appeals decision, she could not later raise the same legal issues that were decided in that appeal.

Lisa has been repeatedly held in contempt of court in Vermont and Virginia for failing to allow court-ordered visitation.  In November 2009, the Vermont court ordered that custody of Isabella be transferred to Janet on January 1, 2010. 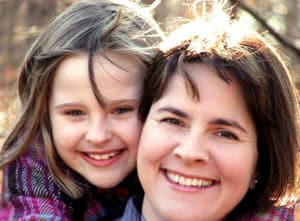