Our experience in Washington, D.C. at the Supreme Court

As we eagerly await the Supreme Court’s decision, it is important that we collectively acknowledge that marriage is by no means a final step in the long road towards equality, empowerment, and justice for the LGBT community.

It has been an incredible experience to be able to work for GLAD, and with Mary Bonauto, during the exciting and busy time leading up to last week’s Supreme Court case, in which Mary expertly and brilliantly argued for marriage equality. And it was particularly meaningful for us to be in D.C. on the day of the argument. As young people, it is extraordinary that we have had the opportunity to jump whole-heartedly into this decades-long movement. 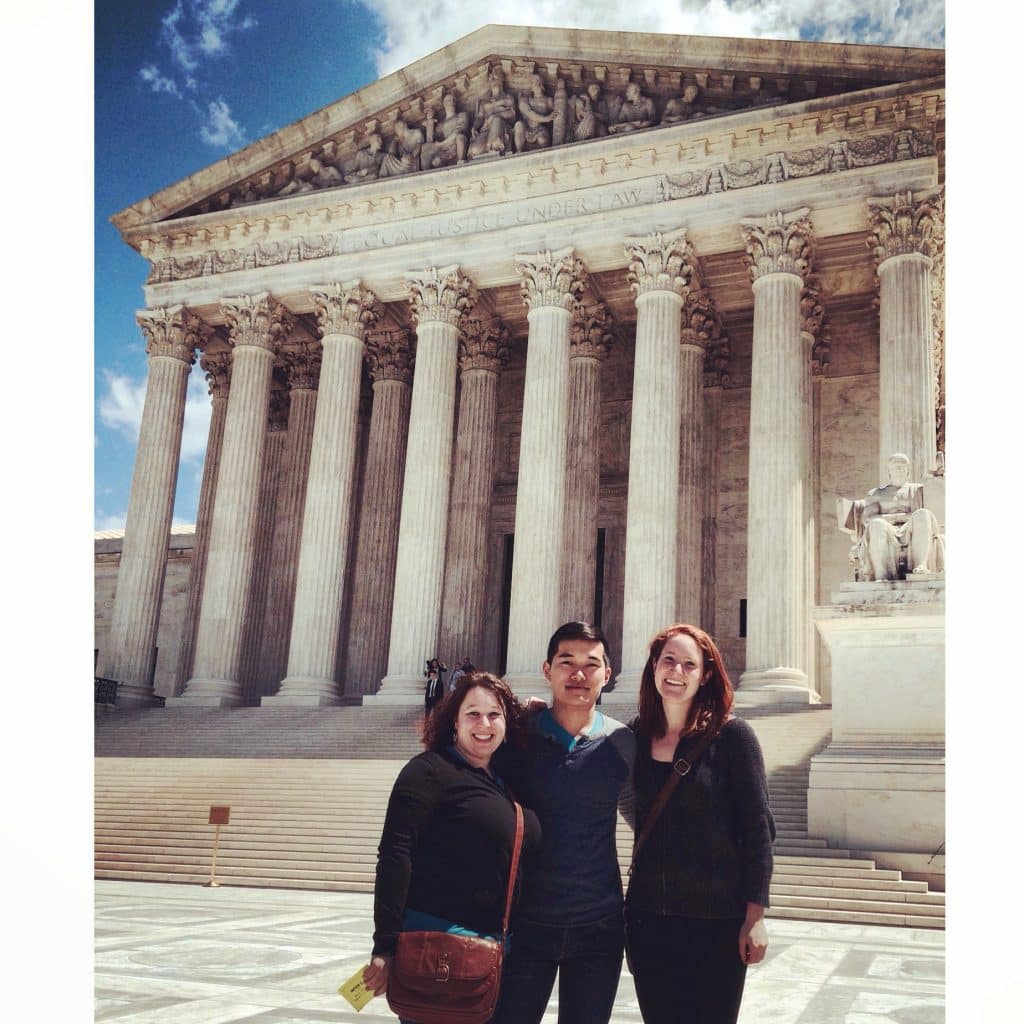 As GLAD Legal Assistants, we had been eagerly learning about and preparing for the case for the past few months, and needless to say, we were full of excitement and anticipation that the day had finally come. When we arrived at the Supreme Court at 8:00 a.m., two hours before the argument started, there was already a big crowd. This, of course, was no surprise to us; people had been camped out waiting in line to get into the argument for days! We scoped out the crowd—mostly marriage equality supporters, though, also as expected, there were a fair amount of opponents as well—and spent a couple of hours handing out GLAD posters and soaking in the positive energy and optimism.

Mary has always emphasized that it is the real people behind the cases and laws that motivate and sustain her- the real people who love one another and who just want the laws of this nation to equally recognize and support them and their families. Likewise, one of our favorite parts of the day was meeting and talking with real people impacted by marriage laws who had travelled from all over the country to be there in support of the freedom to marry. We met a plaintiff couple, for example, who had actually been represented by GLAD in the 2008 case that led to marriage equality in Connecticut.

We also got to know a plaintiff couple from a Nebraska case, with whom we enjoyed waiting in line to get into the Court. Alongside our new friends, we did manage to make it into the Court for the very end of the argument, making the day that much more special for each of us. As we walked down the Supreme Court steps after the argument ended, it truly felt like we were living history. And as all of the plaintiff couples exited the Court, the crowds enthusiastically cheered for them and sought high-fives and hugs from them. Ultimately, we were cheering for their love and the equal protection under law that our Constitution ensures them. 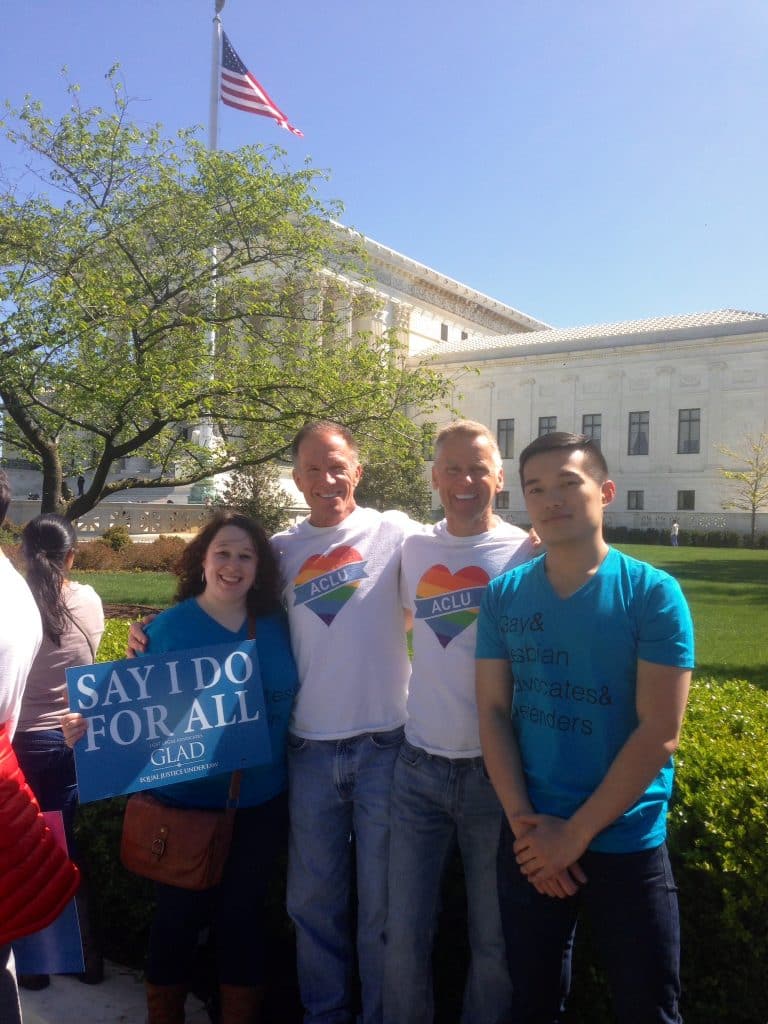 I am in my early twenties and it is unlikely that marriage is in my near future. But growing up, it was inconceivable that gay people would even be able to marry. The discriminatory exclusion makes an impact on young people everywhere. An amicus brief submitted to the Court by Family Equality Council highlights this point by describing how limiting marriage to heterosexual couples undermines the self-worth of LGBT youth. Denying same-sex couples the right to marry stamps those relationships – and the individuals in those relationships – as less than, and I undoubtedly felt that growing up. Being at the Supreme Court last Tuesday was the opposite experience. Surrounded by decades of activists, plaintiffs, and supporters young and old, I felt supported and loved.

But as we eagerly await the Supreme Court’s decision, it is important that we collectively acknowledge that marriage is by no means a final step in the long road towards equality, empowerment, and justice for the LGBT community. In many states across the country, employment discrimination is legal on the basis of sexual orientation and/or gender identity. Here in Massachusetts, there are no public accommodation protections for transgender people. There are high rates of violence against transgender people, particularly transgender women of color. School curriculums are not LGBT inclusive. LGBT students are disproportionately punished in schools. The list goes on. And it goes on. But at GLAD, and as young people, we hope to use the momentum and national spotlight of marriage equality to fervently pursue equal justice under law for everyone.

Brief Filed: Continuing to Defend Marriage Equality Against All Challenges