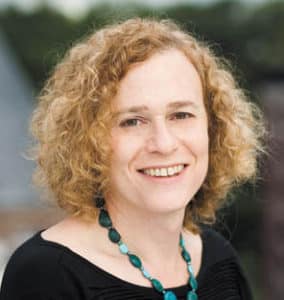 And it can be even worse when one of the spouses is transgender. Insensitive exes, uneducated legal professionals and inadequate and sometimes biased laws can make it infinitely more painful for entire families, as Joy, who is transgender, well knows.

Joy thinks that transgender parents – along with judges and lawyers – would benefit from guidance in the family court system. “An acrimonious divorce makes the odds of bad parenting pretty huge for everybody,” she says. “What are the best practices in a situation like this? What does it mean when a spouse claims that their ex’s transitioning poses a threat? That isn’t something that should have legal validity. There should be a requirement to demonstrate something [harmful] beyond simple transition.”

When Joy came to terms with her gender identity in 2007 and decided to transition from male to female, things did not go well at home in Western Massachusetts, where Joy lived with her wife and their three young children.

Because Joy’s wife was uncomfortable with Joy’s transitioning, the couple decided to divorce. They co-parented their children amicably before initiating the proceedings, and Joy tried to make it easier on the kids by not presenting herself as female to them initially. Still, they heard contradictory and painful messages about Joy’s transition from their mother.

“From me they heard that I was doing something that I had to do. I was sad about it [because] I knew it was hard for them, [but] it was crucial for me,” Joy recalls. “From my ex they were hearing that I was selfish.”

Things came to a head in the summer of 2008. When, after an argument with her wife, Joy let a screen door slam behind her as she entered the house to see the kids on a visit, her wife called the police. When the police arrived they frisked Joy and ordered her to leave the premises. Yet her wife let Joy take the kids with her for their scheduled visit.

A few days later, however, Joy was notified that her wife had filed for divorce, and in so doing had lodged a complaint that Joy’s transition caused her to be a danger to their two daughters, who were 7 and 4 at the time.

“Nothing has ever made me feel worse,” says Joy of the accusation.

The court allowed Joy to have only supervised visits with her daughters while a court-appointed psychologist investigated the claim. Because Joy was the only breadwinner in the family, the $12,000 expense for the investigation fell to her. The psychologist, says Joy, “had no knowledge of transsexuality and he didn’t do any of the reading that I offered him and he didn’t seem to pay much attention.”

Although the psychologist’s report characterized Joy as overly self-absorbed because of her transition, he determined that she was not a threat to her children and the supervision order was lifted.

While the judge ordered Joy’s wife and her attorney not to refer to her with male pronouns or as “Mr. Ladin,” Joy says that beyond that her understanding of trans issues was lacking. “There was nothing about this that felt anything other than awful, frankly,” she says of the divorce proceedings.

Although Joy had voluntarily supported her wife and the children financially throughout the separation and divorce, Joy’s wife, who did not work outside the home, characterized her as a husband who had abandoned his family. The divorce settlement assigned Joy all of the family debt and a level of alimony and child support that amounts to nearly half her take-home pay. “There wasn’t any recognition that being trans entails actually a higher level of economic vulnerability and a higher level of economic need,” she says.

The attorney who represented Joy felt that Massachusetts’ divorce laws simply did not favor a person in Joy’s situation and encouraged Joy to agree to the terms.

Prior to the divorce, the informal agreement between Joy and her wife allowed Joy to see their children five times a week. Under the final custody agreement – for which Joy says she had to fight – she was awarded legal custody, meaning she has the right to make decisions about her children’s upbringing. She is also entitled to see at least one of the children three times a week and have one overnight visit per month with each of them.

But Joy had to threaten court action after her ex kept her from seeing her children for most of last summer, the period she usually spends the most time with them because of her academic schedule. “She’s been more cooperative,” Joy says now of her ex-spouse. “But the agreement felt awful and my kids are upset about it because they don’t feel that they see me enough.”

The entire divorce and custody process left Joy feeling like she’d been mugged. “A system that very rightly puts the welfare of the children at the center finds it hard to address a transgender parent, when current cultural biases may cause those in the family court system to see being transgender as strange and possibly dangerous. That’s going to go against me,” she explains.

“As far as the court is concerned, I was the husband who had left the family,” she adds. “There wasn’t any understanding of me as a different category of spouse.”

Joy Ladin is the author of the new memoir Through the Door of Life: A Jewish Journey Between Genders.