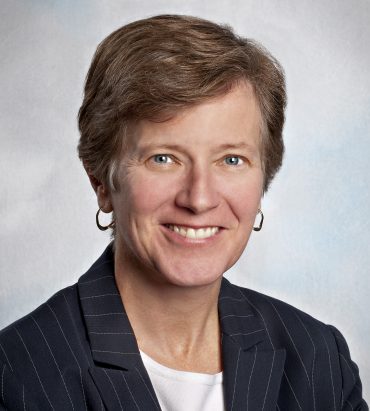 Mary L. Bonauto has been an attorney at GLAD since 1990 and has litigated and done policy work in every New England state. She has litigated in the state and federal courts of New England on many types of discrimination issues, including addressing anti-LGBTQ discrimination as discrimination based on sex, establishing parentage protections, strengthening student rights, free speech, and religious liberty, relationship recognition, and marriage defense. In 2015 she successfully argued before the US Supreme Court in the historic case Obergefell v. Hodges, which established the freedom to marry for same-sex couples nationwide.

Mary’s work in Maine has supported families and their children, ranging from domestic partnership recognition for University of Maine faculty and staff in 1996 to serving on the executive committee to win the freedom to marry at the ballot in 2012. With co-counsel, Mary secured Law Court victories allowing non-marital same-sex couples to serve as co-guardians (2003), to be recognized as de facto parents (2004), to adopt jointly (2007), and secure respect for their out-of-state marriages (2015). In 2014, GLAD won a groundbreaking Law Court ruling requiring schools to respect transgender students for who they are as part of equal educational opportunity.

On marriage, Mary and two Vermont co-counsel won a 1999 ruling in Baker v. State of Vermont, leading to the nation’s first civil union law. Mary was lead counsel in the groundbreaking case Goodridge v. Department of Public Health, which made Massachusetts the first state where same-sex couples could legally marry in 2004. She was also co-counsel in Kerrigan v. Department of Public Health, a successful marriage case in the Connecticut Supreme Court, and has advocated in state legislatures for marriage, and served on the Executive Committee of the 2009 and 2012 Maine ballot campaigns. Mary leads GLAD’s marriage defense work, including supporting the recent Court of Appeals victory in Dvash-Banks v. Pompeo (2020).

Mary led GLAD’s federal court challenges to the Defense of Marriage Act (DOMA) in Gill v. OPM and Pedersen v. OPM, leading to the first federal court rulings against DOMA, and then coordinated amici briefs for US v Windsor at the Supreme Court. As a member of the legal team in the Michigan marriage case DeBoer v. Snyder, she became the Supreme Court oralist on behalf of the plaintiffs in Obergefell.

Mary serves on the Chief Justice’s Justice For Children Task Force and served on the Juvenile Justice Reinvestment Task Force (2019-20). Mary’s work has been recognized with numerous awards, including the 2014 MacArthur Fellowship. She is Lecturer on Law at Harvard Law School. Mary graduated from Hamilton College and Northeastern University School of Law.