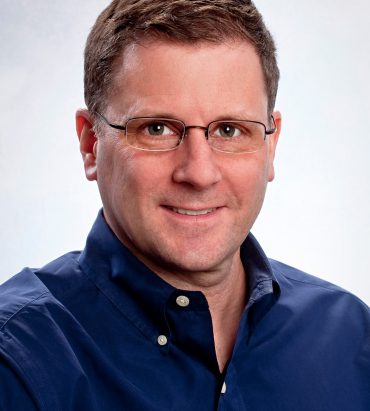 Ben Klein has been an attorney at GLAD since 1994. Ben has litigated precedent-setting cases in all three of GLAD’s mission areas.

Ben’s HIV litigation has challenged the profound and enduring stigma and discrimination faced by people with HIV. He was lead counsel in Bragdon v. Abbott, a 1998 U.S. Supreme Court decision that established nationwide protection against discrimination under the Americans with Disabilities Act for all people with HIV. In 2001 Ben won a decision before the Massachusetts Division of Medical Assistance Board of Appeals which was the first in the country to ensure access to organ transplantation for people with HIV. He successfully represented a group home for people with HIV in New Hampshire against the town’s efforts to shut it down (AIDS Services for the Monadnock Region v. Town of Gilsum, 2009). Ben was also the author of Massachusetts legislation to require insurance companies to provide coverage for the treatment of lipodystrophy, a painful and disfiguring side effect of early HIV medications, and led the coalition to secure its passage.

More recently Ben’s HIV work has focused on ensuring the best prevention practices to end the epidemic. He was co-counsel and argued before the Massachusetts Supreme Judicial Court in AIDS Support Group of Cape Cod v. Town of Barnstable (2017) which established the unlimited right to distribute clean needles to prevent HIV and Hepatitis C. He successfully sued one of the nation’s largest insurers over its practice of denying long-term care insurance to people who take HIV Pre-exposure prophylaxis (PrEP), leading to a nationwide end to that discrimination (Doe v. Mutual of Omaha Insurance Company, 2019) and is litigating a case against a Rhode Island physician who refused to prescribe PrEP to a patient at high risk for HIV (Doe v. Perrone et al.).

Ben has also litigated a wide range of sexual orientation and gender identity discrimination cases. In 2008, he argued before the Connecticut Supreme Court in Kerrigan & Mock v. Department of Public Health, which struck down the state exclusion of same-sex couples from marriage as unconstitutional. He was co-counsel in O’Donnabhain v. Commissioner of Internal Revenue (2010), a U.S. Tax Court decision ruling that gender reassignment surgery is “medical care” for the purpose of tax deductions; Doe v. Clenchy (2013), a Maine case that is the first high court decision in the country establishing the right of transgender students to use the restroom consistent with their gender identity; Doe v. Department of Corrections (2018), a federal case in Massachusetts successfully leading to the first placement of a transgender woman in a women’s prison; and Barrett v. Fontbonne Academy (2015), a Massachusetts Superior Court decision ruling that a religiously-affiliated school violated the law when it refused employment to a food services director because he was married to a man.

Ben is a 1982 graduate of Oberlin College and a 1987 graduate of Boston University School of Law. Prior to joining GLAD, Ben was a litigation associate at the Boston law firms of Kotin, Crabtree & Strong (1990 – 1994) and Gaston & Snow (1987 – 1990). He has been involved in several Boston-area community organizations, including as a “buddy” for the AIDS Action Committee of Massachusetts, a Board member of the Massachusetts LGBTQ Bar Association, and the first President in 1980-81 of the youth group BAGLY, the most diverse organization in the history of Boston’s LGBT community.