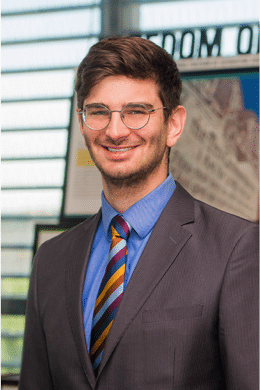 Benjamin P. Marcus is a summer legal intern at GLAD. He is a rising second-year student at Yale Law School, where he’s especially interested in coursework, research, and clinical work related to the intersection of religious freedom and LGBTQ+ rights.

His research and publications examine the intersection of education, religious literacy, and religious liberty in the United States. He has authored multiple book chapters and peer-reviewed journal articles, and he wrote regularly for First Five, a nationally distributed column about the First Amendment. He has been interviewed by major media outlets including NPR’s All Things Considered, the Chicago Tribune, the Houston Chronicle, The Hill, and Bloomberg News.