Could you be affected by an anti-LGBTQ Executive Order?

If Trump targets LGBTQ people with a so-called “religious freedom” Executive Order, GLAD will fight back. But first we need your help.

Please contact us using the form below if you or someone you know is: 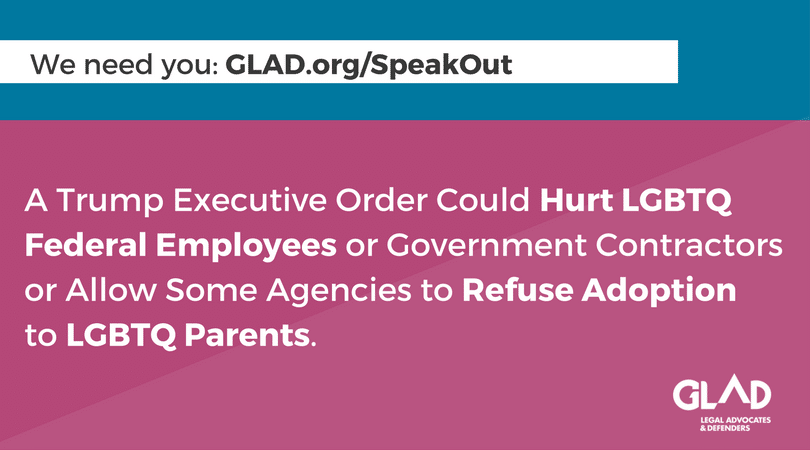 We recently saw the first indication of how the Trump administration could target LGBTQ people, as a draft Executive Order cynically claiming to be about “religions freedom” was leaked to the press. While such an order has yet to be signed, GLAD is preparing – and we want you to be prepared, too.