Open Letter from RI Organizations in Opposition to Anti-Trans Legislation 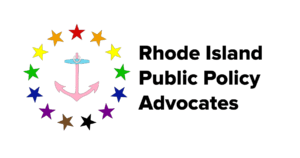 As organizations and advocates supporting the civil rights, safety, and well-being of transgender and LGBQ people in Rhode Island, we urge our legislators to turn away three harmful proposals that put youth, and particularly transgender youth, at risk.

These three measures – S 2501, H 7539, and H 7138/S 2516 –  would censor what is taught in our public schools, deny transgender girls the health, educational, and social benefits of playing team sports with their fellow students, and foster a hostile school environment for LGBTQ students.

S  2501 seeks to ban transgender girls from playing sports at any public school in Rhode Island, denying them the opportunity to develop important skills like teamwork, communication and self-discipline, and sending the extremely harmful message that they do not belong.

H 7539 aims to restrict students’ opportunities to learn accurate information about American history and the contributions of people of color and LGBTQ people, and it would censor age-appropriate discussions of gender identity, sexual orientation and the harmful impacts of racism and sexism.  Further, this bill harms transgender students by requiring schools to disrespect names and pronouns.

H 7138/S 2516, rather than protect parents’ rights, would create damaging restrictions on our schools’ ability to ensure a safe and inclusive environment for all students, especially LGBTQ students. Rhode Island already protects parents’ important right to be involved in their children’s education and health care. This broad and overreaching proposal, which ignores the interconnected interests of children, educators and providers, would cause confusion and create barriers to education and to access to health care.

These bills do not stem from Rhode Island values or address the real needs of parents, students and schools in our state. They are modeled on bills being pushed in multiple states in a politically driven wave of anti-LGBTQ and school censorship proposals.

These proposals target LGBTQ kids for bullying and mistreatment, just because of who they are, and threaten our children’s health and well-being in the short and long-term. In a recent survey by the Trevor Project, two-thirds of LGBTQ+ young people said debates surrounding anti-transgender bills last year negatively impacted their mental health, with 37% saying the effect was severe.

Rhode Island has been on the forefront of equality for transgender and LGBQ people for decades. We were the second state in the country to protect transgender people from discrimination in 2001. We should continue to build upon that legacy, support transgender kids and their families, and  ensure safety, protection, and freedom for all our children.

Rhode Island schools should protect all students—including LGBTQ students—so they can learn and thrive in a safe environment. We urge the legislature to say no to these dangerous proposals that would violate that basic trust.