Half of All LGBTQ+ Americans Still Live Without Secure Nondiscrimination Protections.

The Equality Act is Our Chance to Change That. 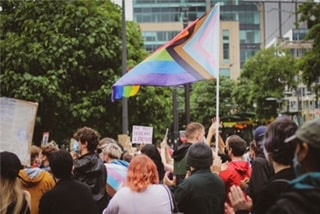 The ability to be treated fairly and with dignity — whether at work, at school, when accessing healthcare or government-funded services, or doing routine things like shopping for groceries or taking public transportation — shouldn’t depend on who you are, who you love, or what zip code you call home. But despite how far our movement has come in advancing equality, right now, nearly half of all LGBTQ+ people live in areas with no explicit state laws protecting them from discrimination.

Last year’s pivotal Supreme Court decision in Bostock v. Clayton County provided a critical layer of protection by affirming anti-LGBTQ+ discrimination is a form of sex discrimination prohibited under federal employment law. The Biden administration has taken steps to ensure that interpretation is followed by all federal agencies, creating avenues for individuals to seek relief when they face discrimination not just in the workplace but in areas like schools and healthcare as well. GLAD and our legal partners are also working to ensure the Court’s interpretation in Bostock is implemented at every feasible level to provide as much protection for our community now as is possible.

But the fact is, that’s not enough. Federal administrations change, and, as we’ve seen in recent memory, a new administration can change how they enforce federal law. This past session, we saw a record number of anti-LGBTQ+ bills introduced in states across the country, many of them targeting children. And those who disagreed with the Court’s ruling in Bostock are not likely to back down from pursuing further legal attacks – we’re already seeing them.

To ensure fairness and opportunity for everyone in our community, we need to pass comprehensive federal legislation to protect LGBTQ+ people from discrimination explicitly. Our movement has been working toward this goal for over four decades, and right now we are closer than we have ever been to getting it done.

The Equality Act will update our nation’s civil rights laws to include explicit protections for LGBTQ+ people while at the same time improving protections for all women and people of color. The bill has the support of a supermajority of Americans across faith, race, political party, and geographic location and has already been passed in the U.S. House. President Biden has said he will sign it if it gets to his desk. The last step is a favorable vote in the Senate.

Those of us who live in New England and other states with strong nondiscrimination laws understand the impact those protections have on our day-to-day lives. Many of us also know the incredible effort that goes into making those protections a reality — from organizing and meeting with legislators to having one-on-one conversations with neighbors and coworkers to build understanding.

We’ve been doing that work, collectively, for a long time. The American people are ready for LGBTQ+ equality. As GLAD’s Mary Bonauto noted recently in USA Today, “As time has proved again and again, we all benefit when we are open to walking in another’s shoes, when our laws require fairness, and when we further equality, inclusion and opportunity for everyone.”

Working to pass comprehensive federal nondiscrimination protections is our chance, right now, to ensure everyone benefits from increased fairness and equality. That’s why GLAD is a leader in the Freedom and Opportunity for All campaign to pass the Equality Act this year, and that’s why we hope you’ll join us in taking action. 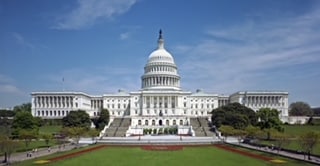 LGBTQ+ Americans in nearly half of the country remain vulnerable every day to being evicted from their homes, kicked out of businesses, removed from a jury, denied government services, or facing discrimination in medical treatment. The Equality Act presents our opportunity to change that. A vote in the Senate could come up as early as this fall. This is our moment to move this important bill across the finish line.