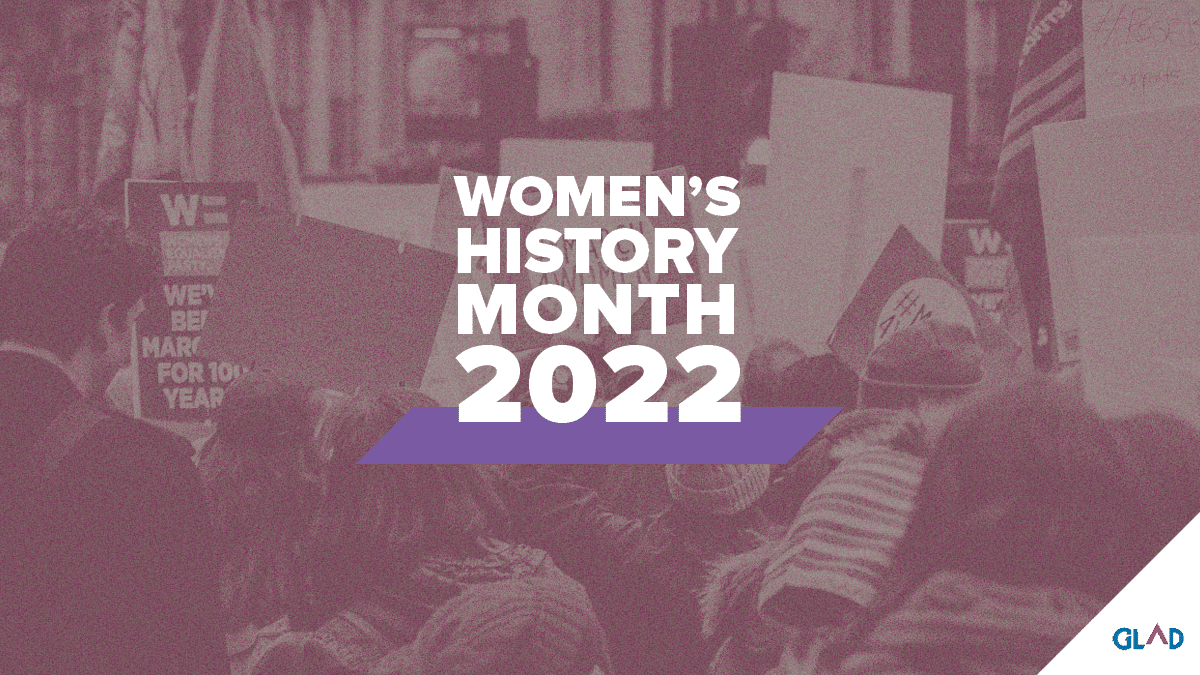 This Women’s History Month, we celebrate LGBTQ+ artists, athletes, and activists who have changed — and continue changing — the game. Read below to learn more about their backgrounds and influential work.

Eudy Simelane was a successful soccer player and coach from South Africa. She was one of the first women to live openly as a lesbian in her hometown of KwaThema. Eudy used her prominence to foster a safe community for LGBTQ+ people in her township. Her work for other queer women sparked important conversations and changed how South Africans thought about fellow community members who are LGBTQ+. When Eudy was murdered in 2008, a bridge was built in her memory near the soccer field where she was found.

For the past five years, the Ujamaa Centre (at the University of KwaZulu-Natal) has hosted the annual Eudy Simelane Memorial Lecture. The digital interview-style lecture illustrates the complexities, nuances, and lived experiences of LGBTQ+ South Africans. It delves into the landscape of gender-based violence at the intersection of religion, sexuality, and gender. While this keynote reminds us of the violence that LGBTQ+ people may endure, it also reminds us to live with pride in the wake of those who lived authentically and were punished for it. Eudy’s existence was an act of resistance, and her mother, Mally, continued her legacy of resistance until she passed away in 2019.

Beth Brant (Degonwadonti or Kaieneke’hak) was a writer who explored themes of family, Native American rights, and women’s rights. She was a member of the Mohawk tribe and had roots in Detroit, Michigan. She began writing at 40 years old after an unexpected encounter with a bald eagle. In an interview with Ann Perrault and Jackie Victor for Between the Lines, she explained how an eagle had landed in front of her car and made eye contact with her for “an unknown amount of time.”

Through her work, Beth corrected traditional American narratives by conveying the stories and friendships of other lesbian Indigenous women. In 1983, she published “A Gathering of Spirit: A Collection of Writing and Art by North American Indian Women,” the first published collection of Indigenous women’s writing in North America. This anthology of memoirs, poems, and letters is a culmination of Beth’s purpose. Today, her words continue to influence the American literary canon.

Find archived recordings of Beth reading her work at a Cornell lecture.

Sarah Rose Huckman is an athlete and trans rights advocate in New Hampshire. She is one of the protagonists of Changing the Game, a 2019 Hulu film that illustrates the experiences of three transgender athletes: skier Sarah, track runner Andraya Yearwood, and wrestler Mack Beggs. In an interview with the International Documentary Association, she states, “Through ‘Changing the Game’ I really hope people will get to know us as trans athletes who are just people trying to do what we love without the fear of being attacked or discriminated against.” Sarah is a game-changer both on and off the ski course. In 2016, her eligibility to compete on her high school’s track team was threatened by a discriminatory state policy. The regressive NH bill banned trans students from competing on the team that matched their gender identity unless they had gender reassignment surgery – an operation that doctors generally advise against at such a young age. Sarah, her parents, and GLAD lawyers fought the policy and won; New Hampshire Interscholastic Athletic Association (NHIAA) permitted her to participate in school sports. Sarah continues competitive skiing and combating harmful norms in her sport and home state.

Li Tingting, or Li Maizi, is a radical women’s rights activist. Li has been under government surveillance – which has involved tapped phones, hacked emails, unannounced agent visits to her parents’ house – since 2012 after her first public display of resistance. On Valentine’s Day that year, Li and two fellow feminists wore wedding dresses covered in fake blood on the streets of Beijing to protest against domestic violence. In 2015, she and her girlfriend, Teresa Xu, were taken to a detention center the night before an International Women’s Day campaign, a demonstration that would have raised awareness about sexual harassment on public transportation. Li’s detention brought in a flood of attention regarding her cause, including online recognition from Hillary Clinton. Almost a year after Li’s arrest, China passed its first law against domestic violence (its lack of enforcement is evident, however). Despite gaps in already-scarce legislation and intimidation by the authorities, Li continues fighting for the rights of women, LGBTQ+ individuals, and domestic violence survivors. She states in an interview with i-D magazine, “ […] the most important thing is I’m a feminist…I can’t give up. I would need to completely re-identify myself.”

Sister Rosetta Tharpe, sometimes referred to as the “Queer Mother of Rock-n-Roll,” settled her roots in a Black church in the Jim Crow South at six years old. Rosetta blended gospel, blues vocals, and electric guitar serenades in her performances. Tharpe’s artistry heavily influenced notable figures like Chuck Berry and Elvis Presley. She not only played alongside Duke Ellington but was invited to perform at iconic venues such as Carnegie Hall, the Paramount, and the Apollo. However, after Rosetta’s death in 1973, her work was largely forgotten in the midst of white male rock/blues musicians. Because of the erasure of so many women and people of color from rock-n-roll’s early years, Rosetta has only recently been recognized for her tide-changing contribution to the music world. In 2018, Sister Rosetta was inducted into the Rock & Roll Hall of Fame, in the “Early Influences” category, by Alabama Shakes’ Brittany Howard.

Which LGBTQ+ change-makers are you honoring this month? Tweet @GLADLaw and let us know!