Today is Historic: Transgender Americans Can Openly Enlist in the Military

How did we get to this moment? Where do we stand on the transgender ban? And what now?

Today is historic. It marks the first time — ever — that transgender Americans can openly enlist in our nation’s military. While this shift in military policy has been in the works for some time, its implementation was far from a foregone conclusion. In fact, its likelihood was highly in doubt after President Trump’s Twitter announcement last July that transgender people would be prohibited from serving in any capacity in the military.

Following President Trump’s announcement of a ban on military service for transgender people, GLAD and our partners at NCLR filed the first challenge to the military ban in the case of Doe v. Trump. A few weeks later, we joined a second case, Stockman v. Trump. We saw Trump’s announced ban as a serious attack on our community and knew we needed to act quickly to ensure the rights and dignity of transgender Americans, preserve the stability of our military, and protect our nation’s core values of equality and fairness.

The recent dramatic turn of events in these cases has been exciting and reflects positive developments. Late in the evening on Friday, December 29, the Pentagon confirmed that the military had abandoned a strategy of seeking last minute “emergency” relief from the United States Supreme Court to avoid having to comply with the January 1 deadline imposed on it to allow transgender people to enlist in the military. This was huge and welcome news for the legal teams but especially for transgender people throughout the country whose future educational and career dreams rest on their being able to enlist. That same evening, we learned that the government was also abandoning their appeals of the temporary orders issued by three federal district courts prohibiting President Trump’s ban. That news was also extraordinary and a very hopeful sign.

That said, the cases challenging President Trump’s ban are not over.

While the government has withdrawn its appeals of the preliminary injunctions that are in place that currently prevent this administration from enforcing its ban, it has said that it will continue to defend the ban in court. The government has also said that it is soon concluding a study of transgender people serving in the military and has suggested that it may use the outcome of that study to defend discriminatory policies.

How did we get to this moment?
Four different federal district courts (in two of which GLAD is counsel) issued preliminary injunctions halting enforcement of the ban President Trump first announced last July. The government challenged those rulings on appeal. In addition to appealing, the government asked for “emergency stays” of those rulings specifically arguing that the military was not yet ready to allow transgender people to begin enlistments on January 1, 2018.

The district courts said “no” to any emergency stay and so did the courts of appeal. After that, we fully expected the government to ask the United States Supreme Court for the emergency relief denied to it by the lower courts.

Last week was a nerve-wracking one, waiting for that shoe to drop.  But it never did.

The Supreme Court never closes, so even when 5:00pm came and went on Friday, December 29, we were not sure what would happen. To many people’s surprise, the Pentagon announced that it would comply with the January 1 deadline for enlistments to begin and that the Department of Justice was voluntarily dismissing its appeals of the courts’ preliminary rulings.

So, where do we stand in the cases and the issue of transgender military service?
It is easiest to say where we stand in the cases. We are headed back to the trial court. We are in the process of “discovery” which means that the two sides have to exchange information about the ways they intend to proceed with their case. We each have deadlines to meet over the course of the next couple months to provide information and make our witnesses available to one another for depositions.

And where do we stand on the transgender ban?
It remains the military’s policy to deny continued service and enlistment by transgender people. But at least until there is a final resolution on the merits of our cases, the military cannot enforce that policy. The military has repeatedly said that it is “studying” the issue of transgender people in the military, even though it already spent over a year doing so before it decided to allow people to openly serve. It has also said that it might make a new or different recommendation about military policy and that President Trump might follow that recommendation. It’s hard to know how to read those signals. We remain hopeful because the focus on this issue, including on our cases, has highlighted the incredible contributions that transgender people can and have already made to the military. At the same time, we know we can never let down our guard, especially in dealing with this administration.

So, what now?
Beginning today, transgender people will be able to openly enlist in military service. Our client, Nicholas Talbott, has already been in touch with his recruiter and the process is moving along smoothly so far. We hope that continues for him and anyone else who wishes to enlist.  If it doesn’t, GLAD wants to know about it.

Together, we have made tremendous progress. This forward motion portends much hope for the future. But the case is not over and GLAD will keep fighting until this ban is history. 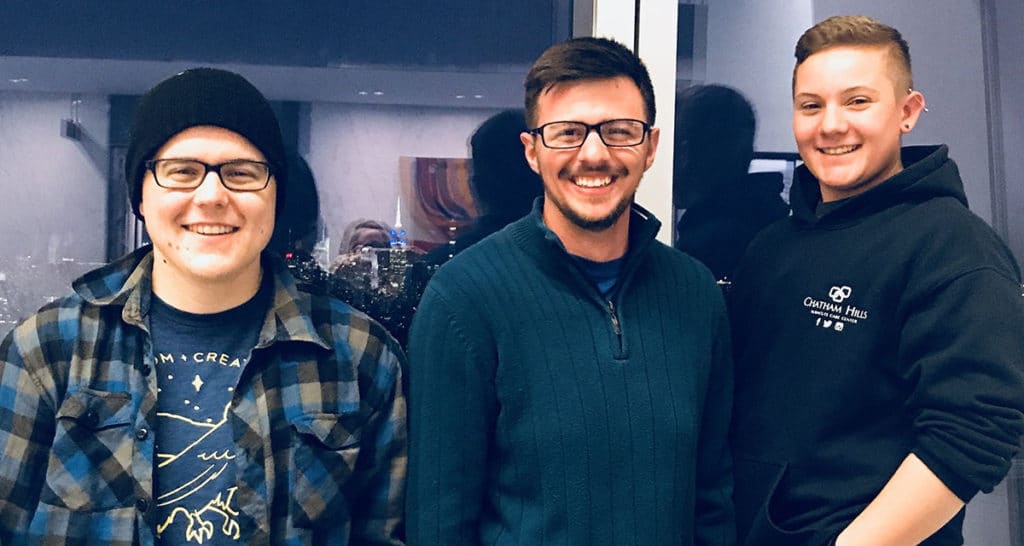