Forty years ago, during a different hot, tumultuous summer, at the height of disco and in the wake of orange juice queen Anita Bryant’s national anti-gay crusade, GLAD was born. Young Boston lawyer John Ward submitted articles of incorporation for a new legal organization that would be known as “Gay & Lesbian Advocates & Defenders.”

In 1978, Ward knew that it was revolutionary for an organization to have the words “gay and lesbian” in its name, much less advocate for LGBTQ legal rights. But revolutions are born out of necessity. The necessity of that moment was a Boston police sting operation that targeted and outed hundreds of gay men. They needed legal defense and representation, and John stepped up.

That necessary revolution laid the foundation for what we have so far accomplished together in the past four decades.

Over the last 40 years, GLAD has changed the landscape of LGBTQ rights in more ways than can be summarized. But here are a few:

These cases profoundly changed people’s lives, expanded the public picture of who LGBTQ people and people living with HIV are and can be. Some are now taught in law schools all over the country as well as cited in state and federal decisions.

We have a lot to be proud of. But our work together is nowhere near done. If there were ever a time when we needed another revolution, it is now.

We are facing profound attacks.

One fighter GLAD is proud to represent is our plaintiff Nicolas Talbott. Enlisting in the Air Force had been Nic’s dream for years. When President Trump tweeted his ban on transgender service members last summer, Nic felt like his entire future had been ripped away: “It essentially shattered every plan that I had.”

But instead of falling into despair and apathy, Nic chose to fight. He says, “I finally have been presented the opportunity to stand up and let my voice be heard and fight for my rights.” And thanks to Nic and his co-plaintiffs in GLAD’s two cases, as of this past January, transgender people have the chance to openly enlist for the first time in our country’s history.

What we know that gives us hope is this: we are the majority. The majority of Americans are fair, compassionate, and believe in equality and basic human decency.

But even though we are the majority, we can only win if we unite together toward a common cause.

We have grown beyond our wildest dreams, from the handful of passionate and determined activists who started a revolution 40 years ago when they founded GLAD. Our job today is to continue their work, and never, never stop fighting for a future that realizes our Constitution’s promise of equality, and justice, for all. 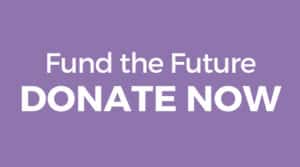