This November, for Native American Heritage Month, we are honoring some of the outstanding Native American and Indigenous activists and organizations whose contributions have advanced the movement for equality and representation of Native/Indigenous and LGBTQ2+ communities. 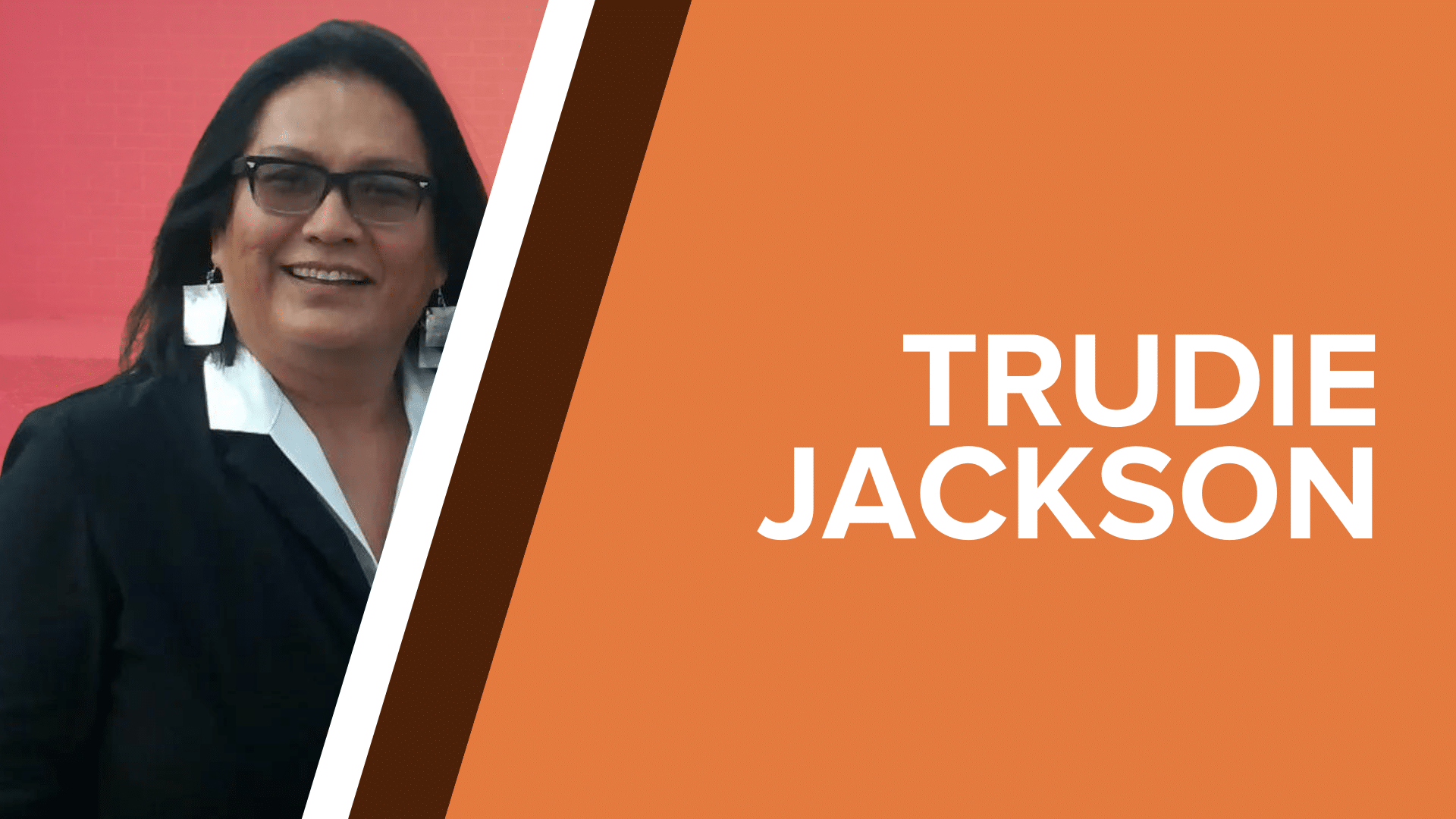 Trudie Jackson is a trans, two-spirit native woman who advocates for proper health care rights for LGBTQ2+ identifying Native Americans. Jackson made history in 2018 by running for president of Navajo Nation, a Native American territory located in portions of Arizona, Utah, and New Mexico. Her run in the Navajo Nation Presidential election made headlines across Indian Country and gave hopes to many American Indian gender-nonconforming tribal members to run for public office. Jackson was also a part of the 2018 Tribal Researchers Cancer Control Fellowship Program under the Portland Area Indian Health Board. As a part of that board, Jackson explored public health research for American Indian transgender women. She was an expert consultant for the Act Against AIDS Initiative for Transgender Women under collaborative efforts with the Center for Disease Control’s Division of HIV/AIDS Prevention, Prevention Communication Branch, The National LGBT Health Education at the Fenway Institute, and American Institute for Research. Jackson is the founder of the Southwest American Indian Rainbow Gathering, which continuously addresses health disparities of American Indians that identify as two-spirit (SLGBTQ). 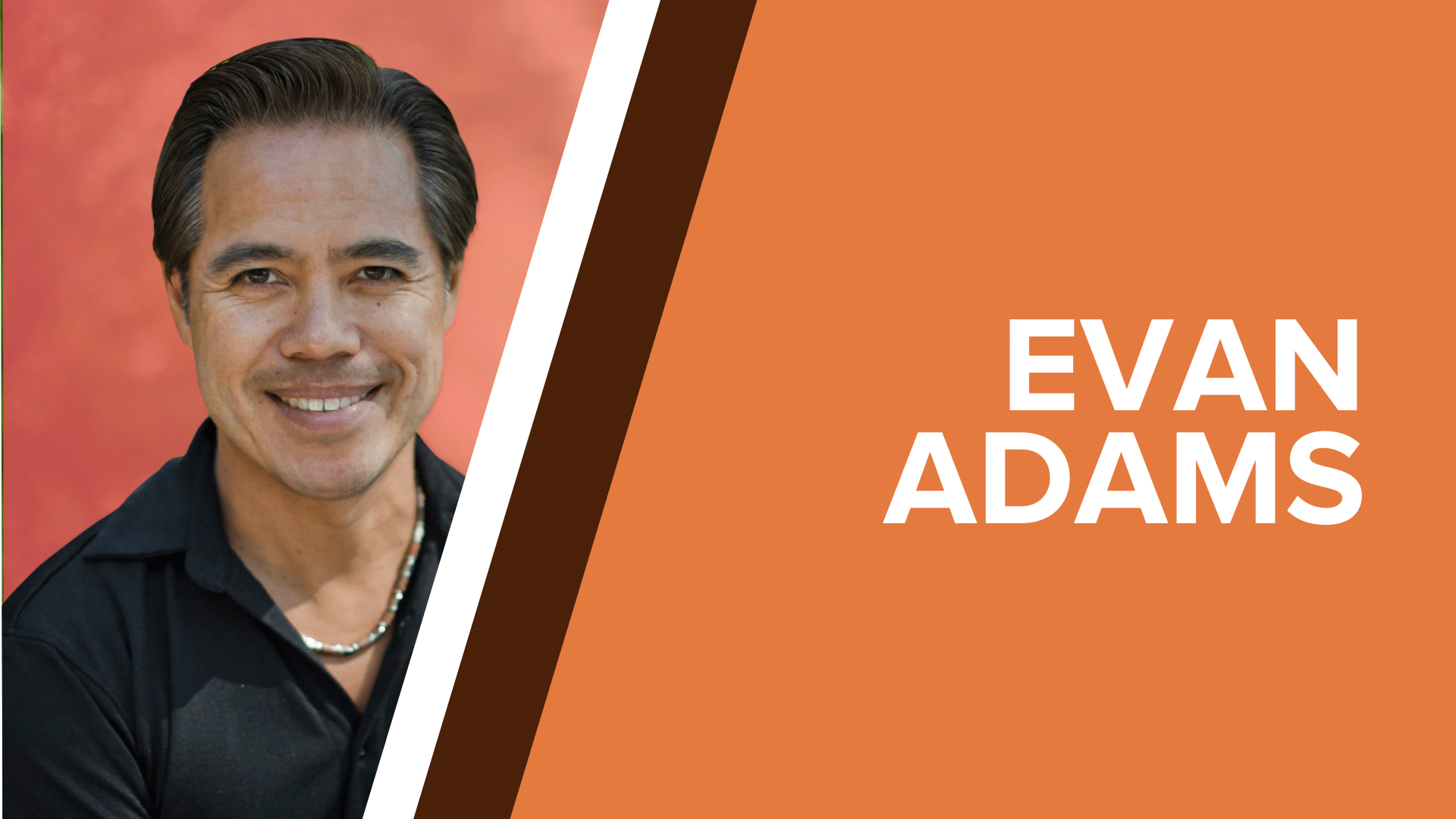 Evan Adams is an openly gay actor, writer, and Doctor who has devoted significant time and energy to First Nation issues. He is Coast Salish from the Sliammon and identifies as First Nation. Adams focuses on health care and has done extensive work around HIV awareness and drug and alcohol addiction treatment. At the start of his career, Adams portrayed his personal experience in an award-winning role, co-starring in the 2002 film The Business of Fancydancing. He continuously made efforts to portray LGBTQ2+ people in the films he was in accurately. While acting, he was also pursuing a medical degree, and in 2012 he became a Deputy Provincial Health Officer, focusing on the needs of British Columbia’s First Nations people. Whether presenting honest, nuanced portrayals of First Nations people, speaking up about gay rights, or fighting for effective medical policies, Dr. Evan Adams is a dedicated advocate for social justice and equality. 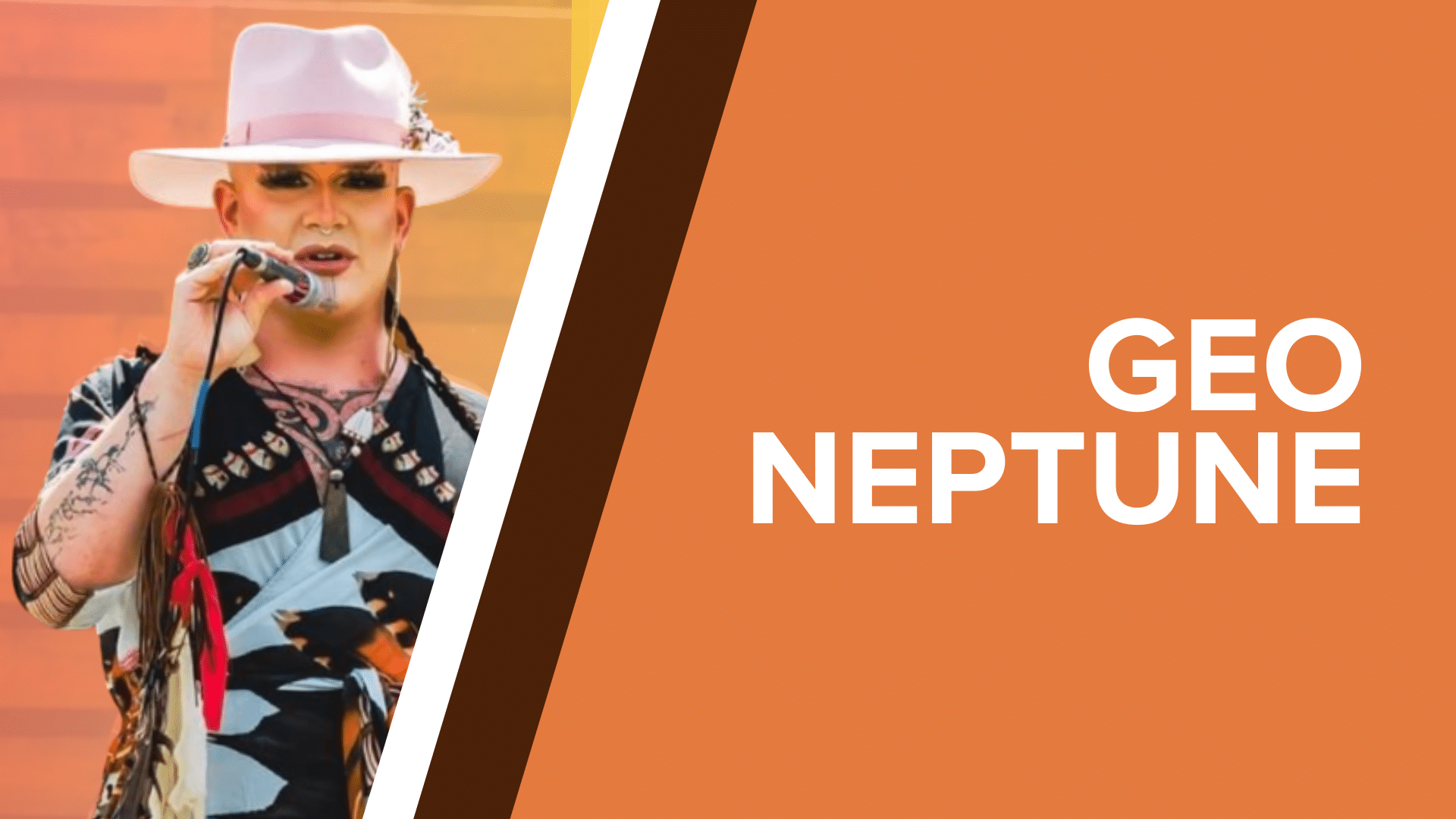 Geo Neptune is on the Indian Township School Board, making them the first nonbinary, transgender, or Two-Spirit person elected to any public office in Maine. In this position, Neptune has been able to better advocate for better education on Passamaquoddy culture and language, which is an issue that in previous years did not get the attention it deserved. Neptune is an activist who is a part of the Idle No More movement, which advocates for First Nations and Native American sovereignty and cultural preservation. Neptune has also talked about the detrimental effects imposed upon Indigenous people through settler-colonial norms of gender and patriarchy and the importance of decolonizing education, the weight of inherited traumas, and the impact of unlocking buried histories. In 2016, Geo was the first drag queen on the cover of Native Peoples Magazine, with their story featured in the magazine’s first official LGBTQ Pride issue. With that, Neptune continues to inspire other two-spirits from across turtle island to embrace their truth. Neptune also educates learners of all ages about Wabanaki history and culture, the art of basket-making, and what it means to them to be Two-Spirit. 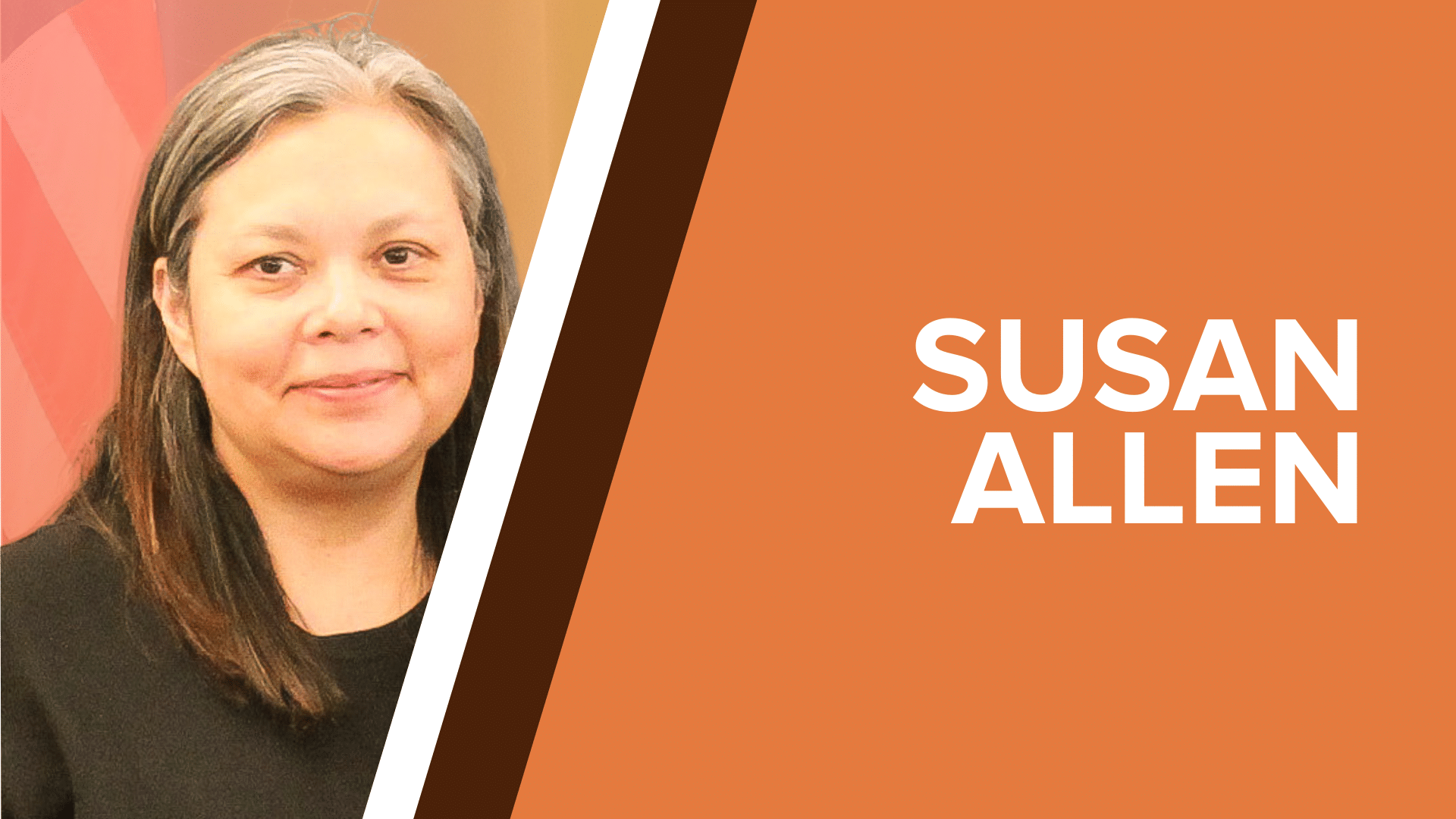 Susan Allen became the first openly lesbian Native American woman to win office in any state legislature when she was elected to the Minnesota House of Representatives in 2012. She is a member of the Lakota and Rosebud Sioux tribes and actively works to give a voice to Native American and LGBTQ2+ issues. While in office, Allen fought for equal legal protection for Native Americans and gay people in resistance to assimilation. 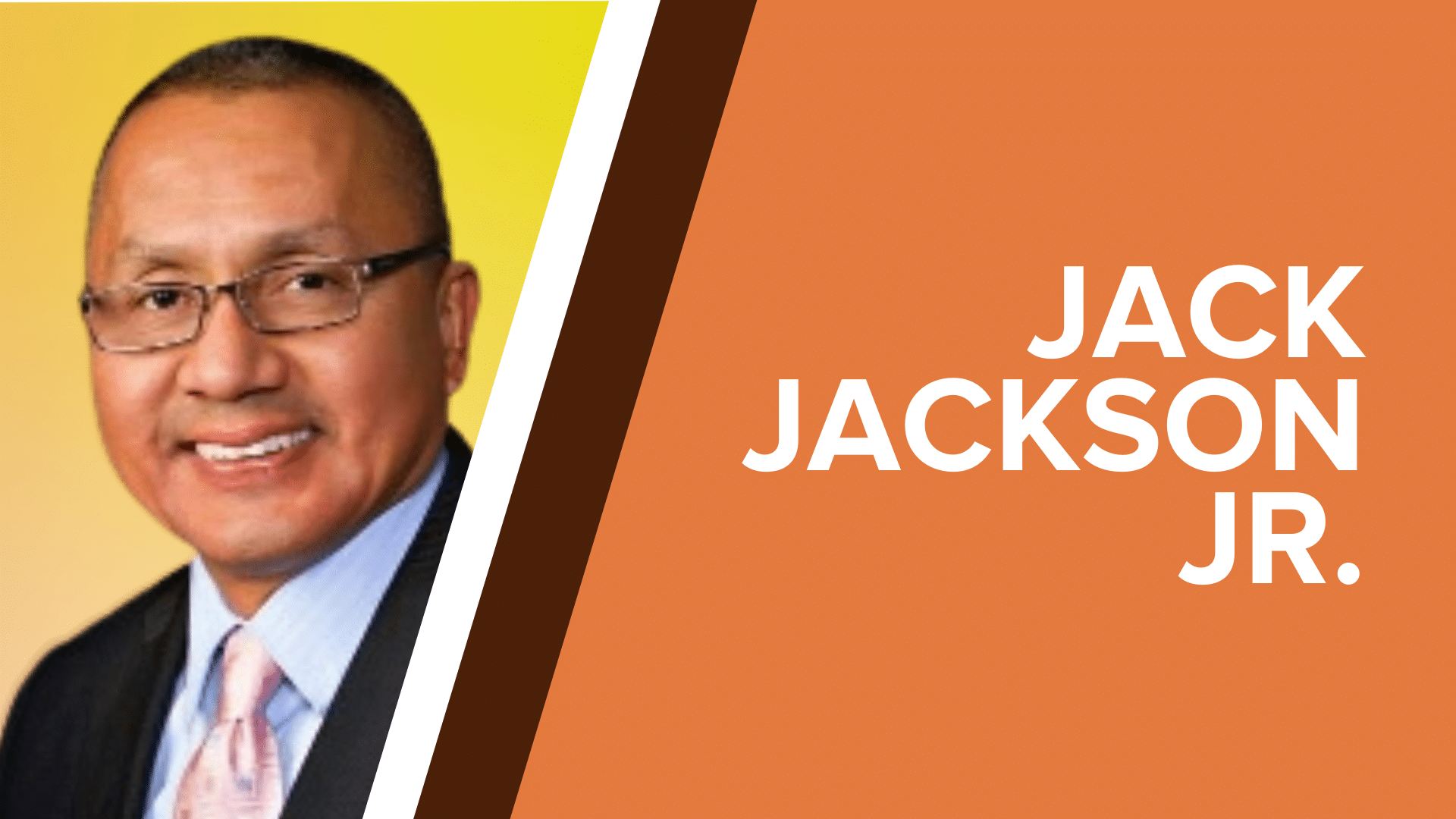 Jack Jackson Jr. became the first openly gay Native American to get elected into a state legislature. During Jack’s career, he advocated on behalf of the Navajo Nation and the Ak-chin Indian community. He also advocated for minority health interests at the National Minority AIDS Council and served as a board member for the National Native American AIDS Prevention Center for five years. Both President Obama and President Clinton requested Jack to be on their Advisory Council on HIV/AIDS. He continues to provide public policy consultation on better addressing the HIV/AIDS epidemic that affects tribal and urban Indian Communities. 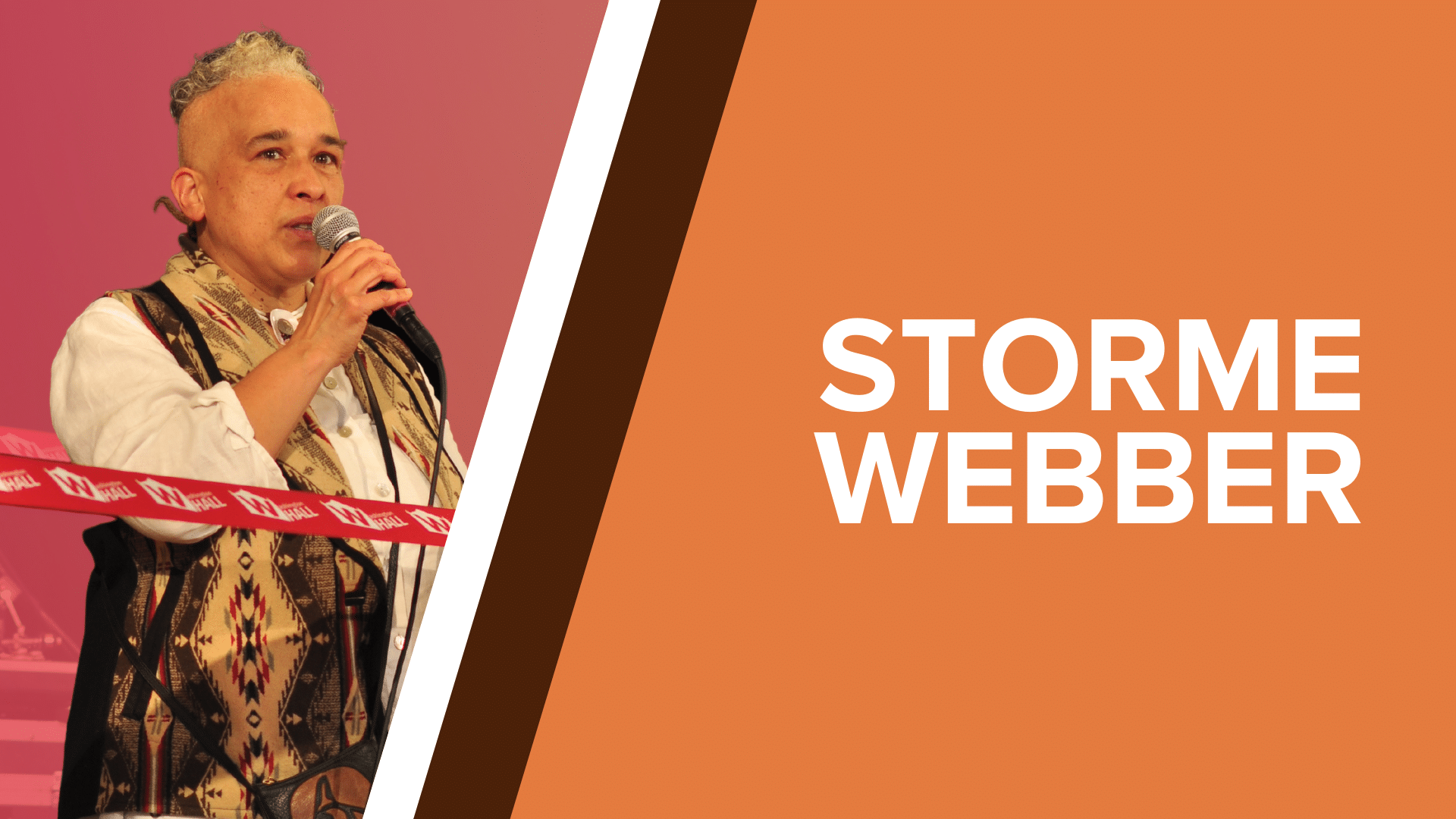 Storme Webber is a two-spirit Sugpiaq/Black/Choctaw poet and interdisciplinary artist who uses artwork to touch on important topics like gender, race, decolonization, and sexuality. Webber created artwork in Capitol Hill’s AIDS Memorial Pathway, including portraits, photos, text, quotes, and an oral history collection from BIPOC and LGBTQ2+ activists who advocate for people with HIV and AIDS. Webber has devoted years to supporting other marginalized voices through projects like Voices Rising: LGBTQ of Color Arts and Culture. Webber is a great inspiration for queer youth, not only in Seattle but also worldwide, to live their truth and express themselves through all forms of creativity. 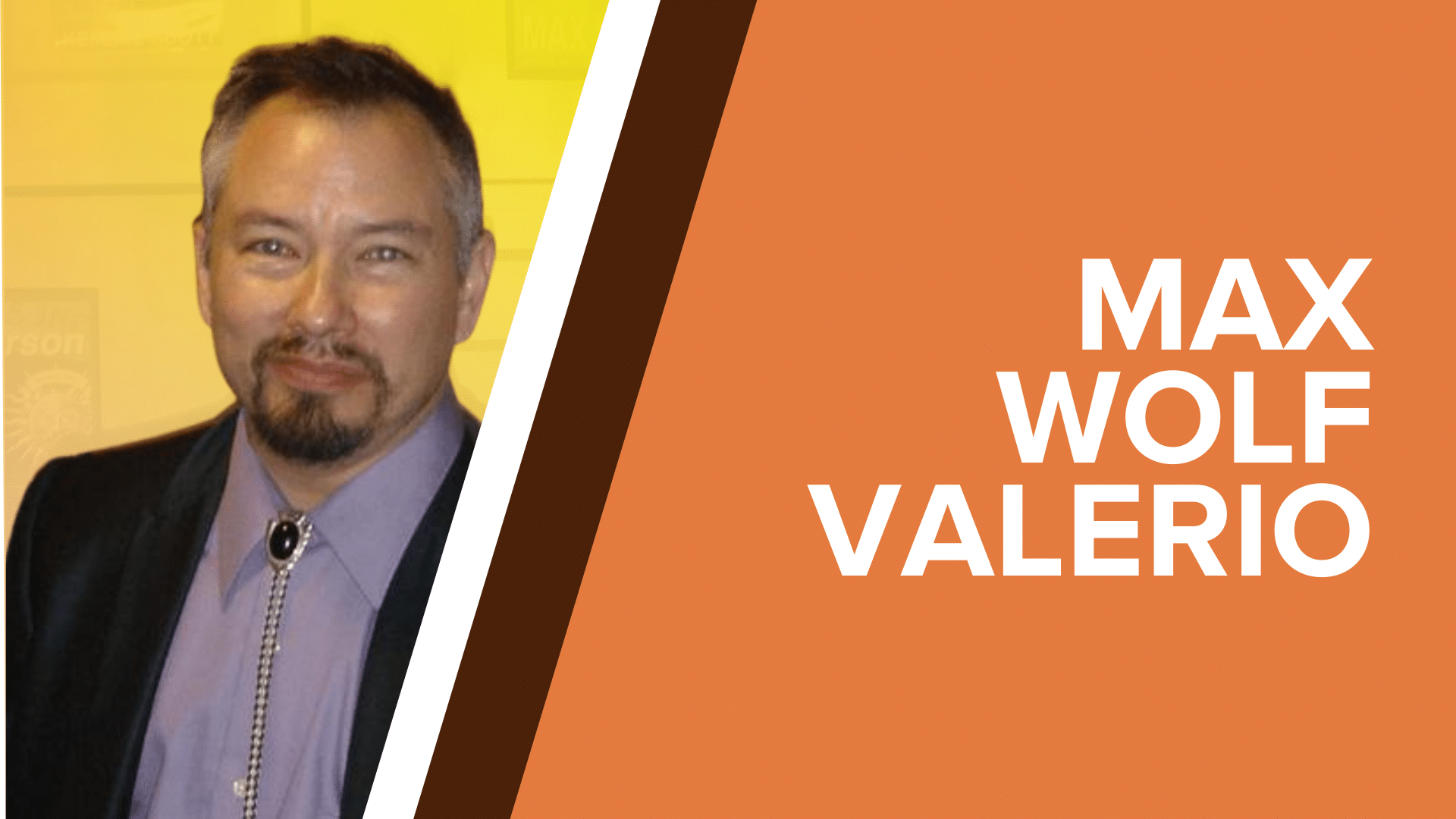 Max Wolf Valerio is a trans man who is a poet, performer, and writer of Blackfoot descent. He uses his artistic skills to create accurate representation and educate readers on his experiences as a trans man. In 2006 Valerio wrote The Testosterone Files, a memoir describing the psychological, physiological, and social transformation that occurred in the first five years of his transition from female to male. He used his memoir to educate readers on the role of testosterone within his transition. At a period in time when trans narratives became more visible, Valerio provided a powerful voice for trans experiences. Valerio uses his work to educate people on what it means to become who you are, become who you have always been, and the joy that brings. Valerio also uses his work to advocate for queer people of color and more accurate portrayals of trans expression in literature, film, and all works of art. 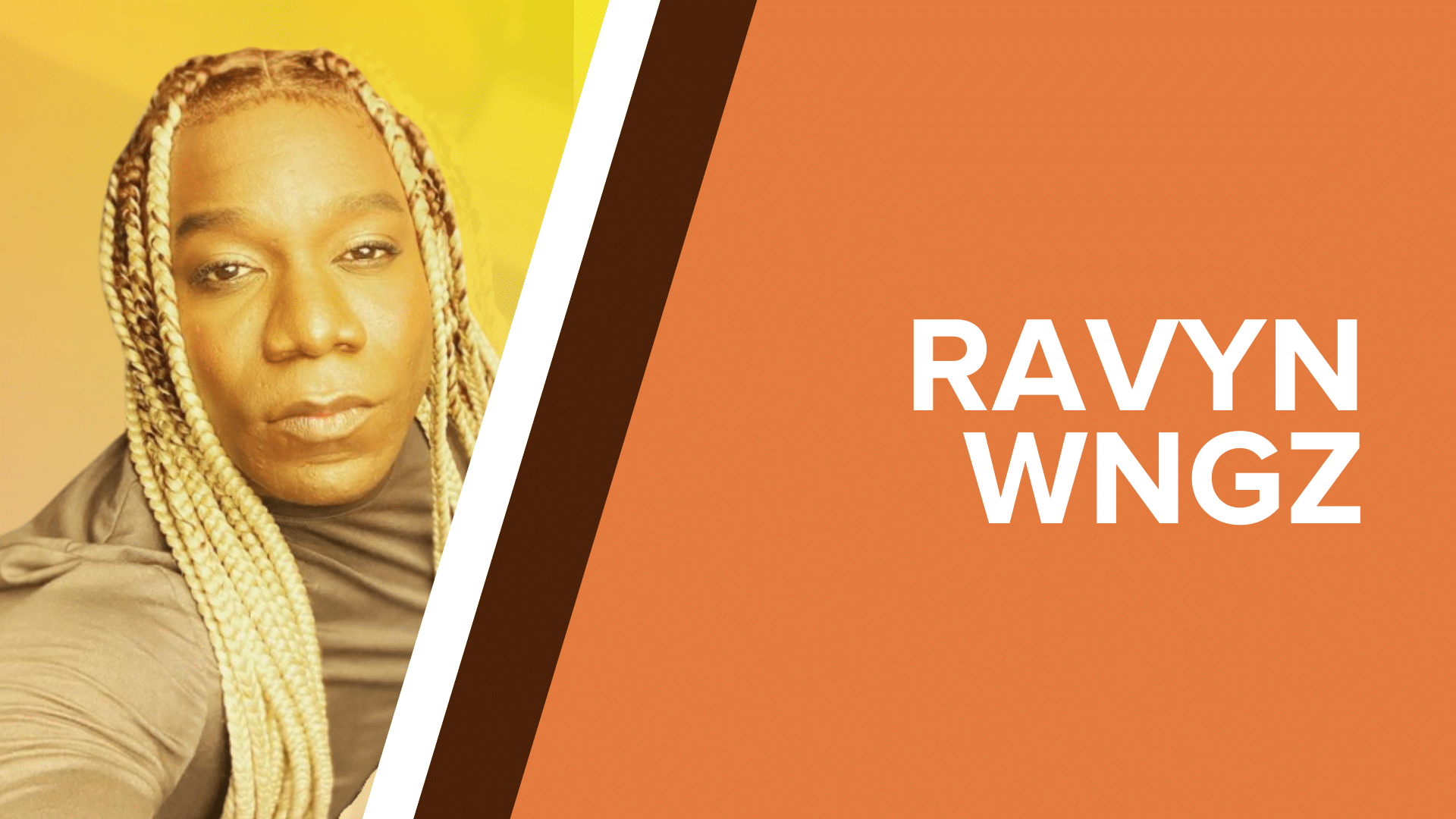 Ravyn Wngz is an African, Bermudian, Mohawk, Two-Spirit, queer and transcendent individual who is also a member of the Toronto Black Lives Matter Steering Committee. Ravyn challenges mainstream arts and dance spaces by sharing her stories and creating opportunities and platforms for marginalized LGBTQ2+ people. Ravyn Wngz is also the artistic director of the OVA (Outrageous Victorious Africans) collective, which presents the voices of LGBTQ2+ individuals through dance and theater. Ravyn was also involved in creating the Wildseed: Center for art and activism, a space designed to put people of color in Toronto first, and has even hosted events for the LGBTQ2+ community. 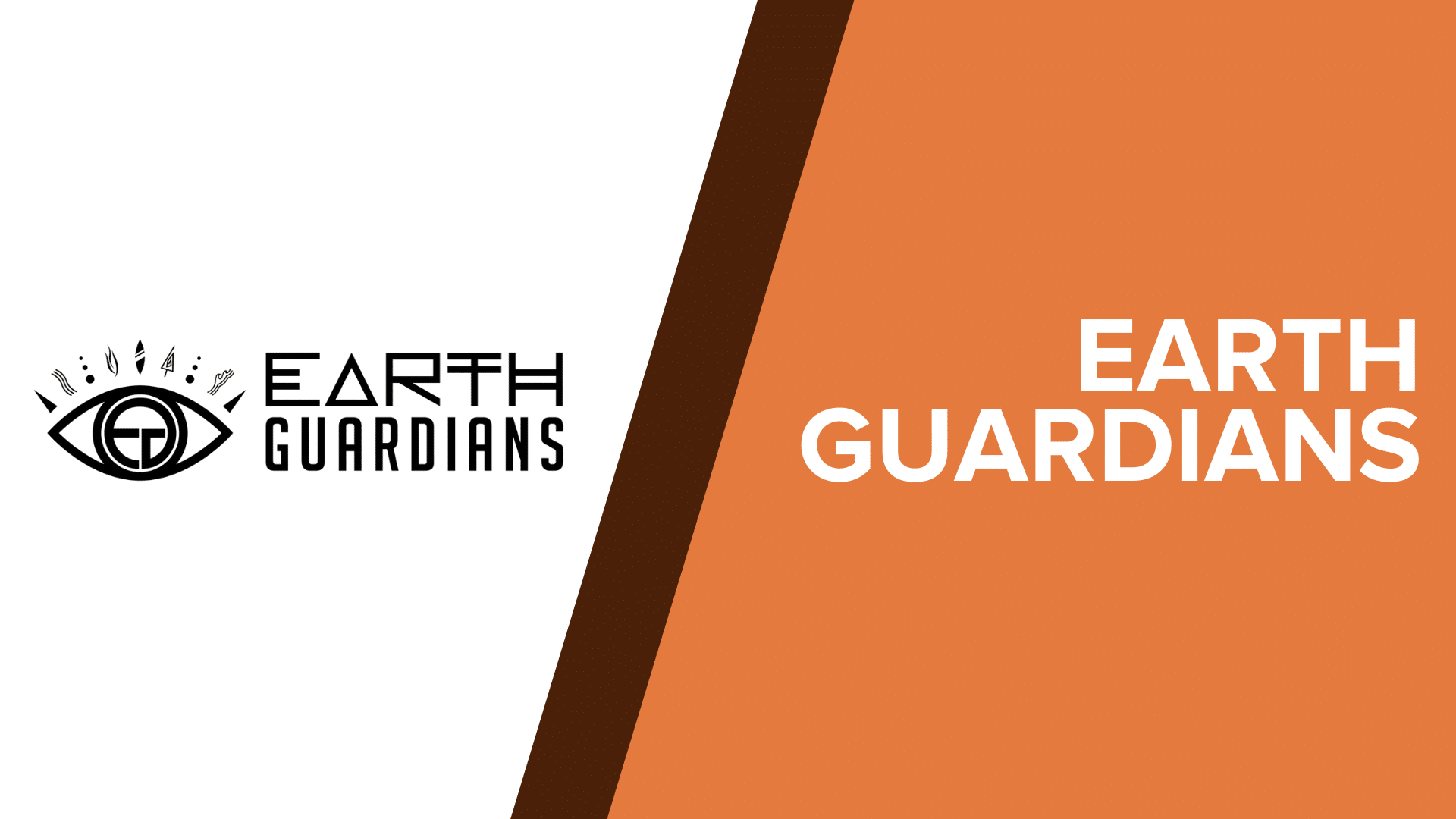 Earth Guardians is an intergenerational organization that trains diverse youth to be effective global leaders in the environmental, climate, and social justice movements. This organization uses art, music, storytelling, on-the-ground projects, civic engagement, and legal action to advance solutions to the critical issues we face as a global community. Earth Guardians even has a Youth Committee that organizes training through the lens of decolonization, environmental justice, cultural resilience, sovereignty, and healing. This organization prides itself on its representation of thousands of young activists, artists, and musicians that are on the front lines driving action and fueling the cultural shift toward a regenerative future. Learn more about the organization and get involved. 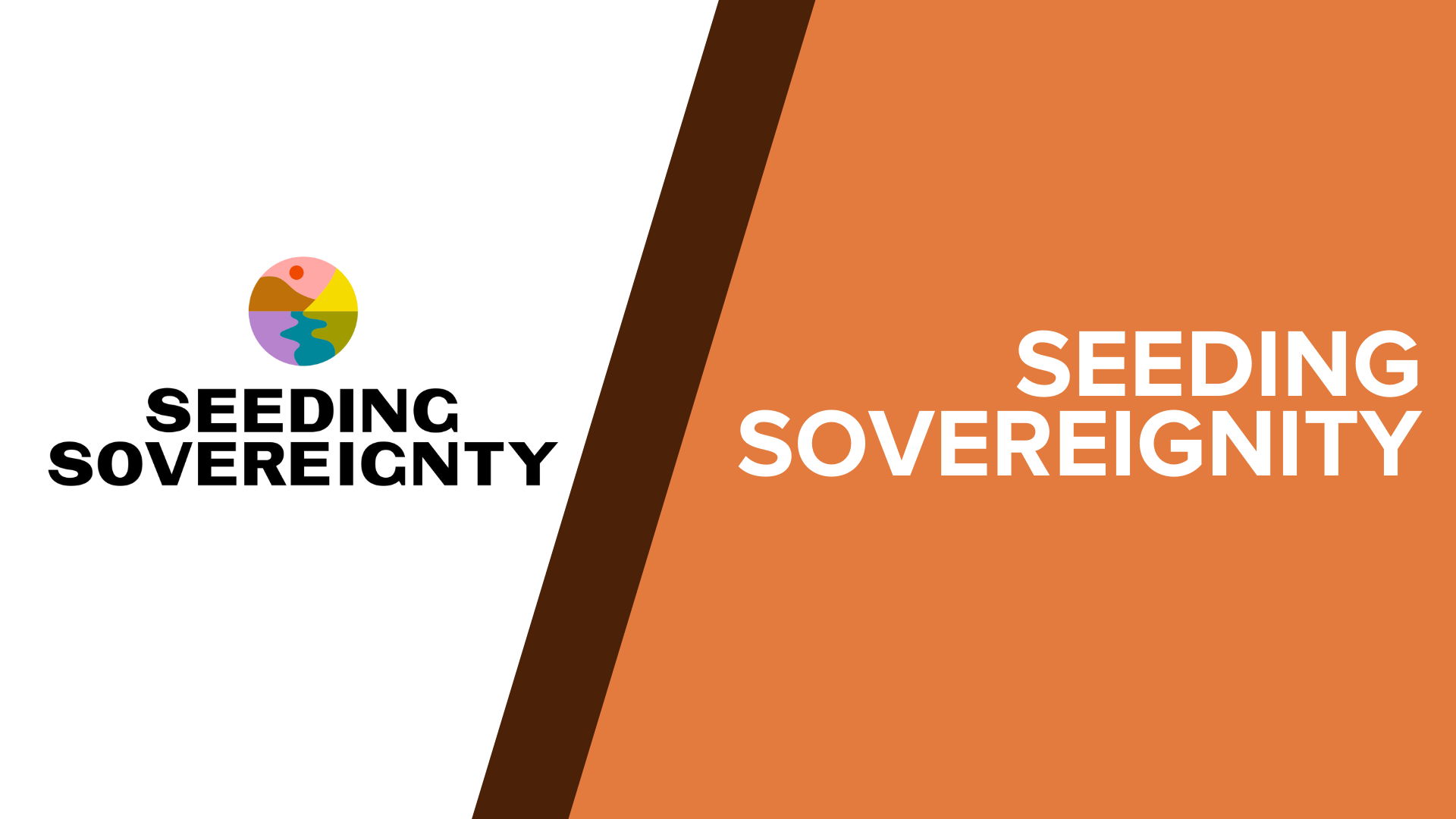 Seeding Sovereignty is an organization that has based its resources around mental health and wellness, the dismantling of systems of oppression, and reclaiming their land. Seeding Sovereignty also is an Indigenous-led collective that works to radicalize and disrupt colonized spaces through the land, body, community building, and cultural preservation. This organization has projects that deal with Decolonizing, Healing, Land and Body, Land and Water, and other projects related to the Indigenous community and land. Seeding Sovereignty is centered around the tenets of mutual aid, community defense, emancipation through education, and solidarity with underestimated brilliant and often marginalized populations. By investing in Indigenous folks and communities of the global majority, Seeding Sovereignty has created an environment about liberation as a community. Learn more about the organization and get involved.