Love Makes Families – But the Law Should Protect Them 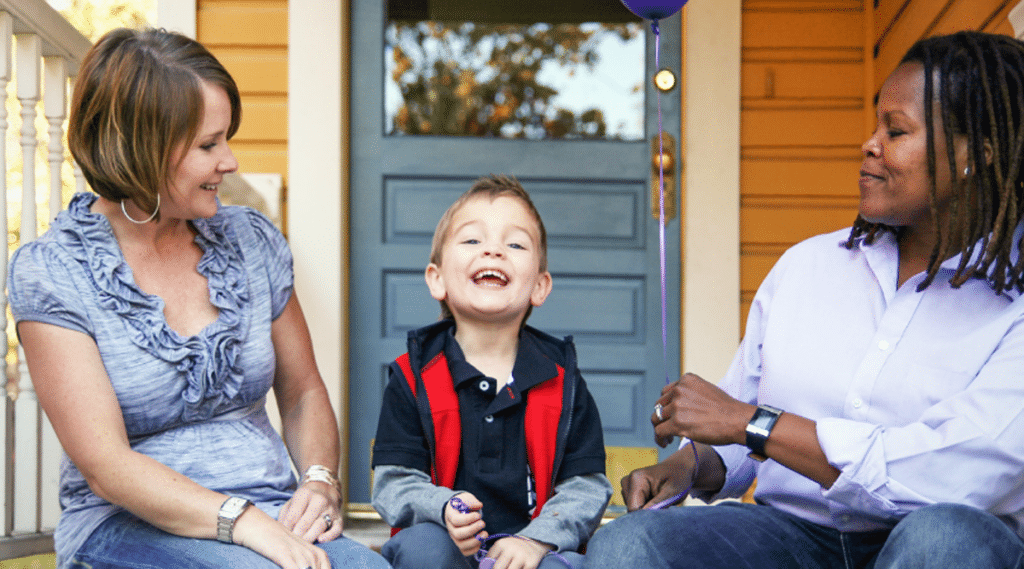 Whether in your family it’s Mother’s Day, Mothers’ Day, Parent Day – or something completely different – today is a day when many people celebrate the parents in their lives and honor the hard and loving work of raising children.

Thousands of LGBTQ people are raising children across the country. And while we’ve made great strides, – securing access to co-parent adoptions, ending barriers to LGBTQ people becoming foster and adoptive parents, and winning the freedom to marry for those who choose it, too many LGBTQ families remain vulnerable. In most states across the country, laws defining who can be a parent have not been updated since the 1970s – but the ways in which people form families, whether LGBTQ or not, have changed substantially.

There is a real and urgent need to act to protect LGBTQ families and their children.

This session the Rhode Island legislature in considering two bills that would provide critical security for LGBTQ families – by clarifying paths to parentage and streamlining the co-parent adoption process so it is less burdensome and expensive.

For instance, no law currently exists at all in Rhode Island to determine parentage for families – whether headed by a same-gender or different gender couple – that are formed using assisted reproduction technology. This puts parents and children in an incredibly precarious position.

Sara, a Rhode Island parent who is among those advocating for more fair and inclusive parentage laws in her state, spoke out about the fear and uncertainty she felt after her partner Anna gave birth to their child: “I was holding our newborn in my arms and I realized that, on paper, I was completely invisible. I had no way to establish my legal relationship to our son. I worried that if something had happened to Anna, I wouldn’t even be able to take him home from the hospital.”

Because they were unmarried, Sara had no legal connection to their son at birth. It took eight months – and completing a co-parent adoption – to protect her relationship with her son which, for different-sex couples, can be established in the hospital by signing one simple form, the Voluntary Acknowledgment of Parentage (VAP).

And while adoption is an existing avenue for non-birth parents to secure a legal relationship to their children, the current adoption process is expensive, time-consuming and intrusive. Some of the unexpected hurdles Rhode Island parents encounter when seeking to adopt their own children include invasive interviews and home visits, as well as a requirement to post an advertisement in the local newspaper announcing the intended adoption.

But through the hard work and advocacy of parents like Sara and Anna, hope for change is on the horizon.

The Confirmatory Adoption Act will remove unnecessary and intrusive burdens in the co-parent adoption process. The Rhode Island Parentage Act will fill critical gaps in Rhode Island family law – including defining paths to parentage and providing access to the VAP for same-gender couples like Sara and Anna The VAP, a nationally recognized form, is a simple way to establish a second parent’s legal rights and is readily available to unmarried different-gender parents.

VAPs were updated last year in Massachusetts to be inclusive of all parents – an important win. But there is still work to be done there, as in other states, to ensure all children have the security of a legal relationship to their parents. The proposed Massachusetts Parentage Act, like the Rhode Island Parentage Act, defines clear paths to parentage through birth, adoption, acknowledgment, adjudication, genetics, assisted reproduction, surrogacy, de facto parentage, and presumptions (including a marital presumption).

These state-based parentage acts are based on The Uniform Parentage Act (UPA), a non-partisan model bill that can guide states in updating their parentage statutes to ensure all kids and families are secure and treated fairly. Versions of the UPA are in various stages of the legislative process – Vermont passed its own comprehensive parentage reform last year, and GLAD is a founding member of the Connecticut Parentage Act Coalition, which is advocating for similar updates in Connecticut. Sound bills based on the UPA address critical gaps in state family law statutes, will lessen risks for kids, and protect parents from heart wrenching worry – or worse. GLAD is committed to advocating for these bills that we hope will become law in every state in the country.

Clearing the path for legal recognition of parents is in the best interest of children. As the current laws stand in many states, parentage is not equally accessible for all families. Because of outdated laws in Rhode Island, Connecticut and other states, many parents and children are left without legal protections – and what options are ostensibly open to them are inaccessible, expensive, or an invasion of privacy – huge barriers for those without the financial means or access to legal support.

So, this Mothers’ Day, as we celebrate all mothers – and parents of all kinds – let’s also work towards protecting families equally. All children deserve security.