LGBTQ Advocates in the Asian-American and Pacific Islander Community

This Asian American Pacific Islander Heritage Month, we here at GLAD want to honor the work done by Asian members of the LGBTQ community. Existing at the intersection of these identities is a challenge for many, but through their work and visibility, the people on this list endeavor to make it easier. They provide aid, hard work, and representation to a community lacking in all three of those. GLAD is proud to be in the same fight as them, the fight for equality and respect for all. 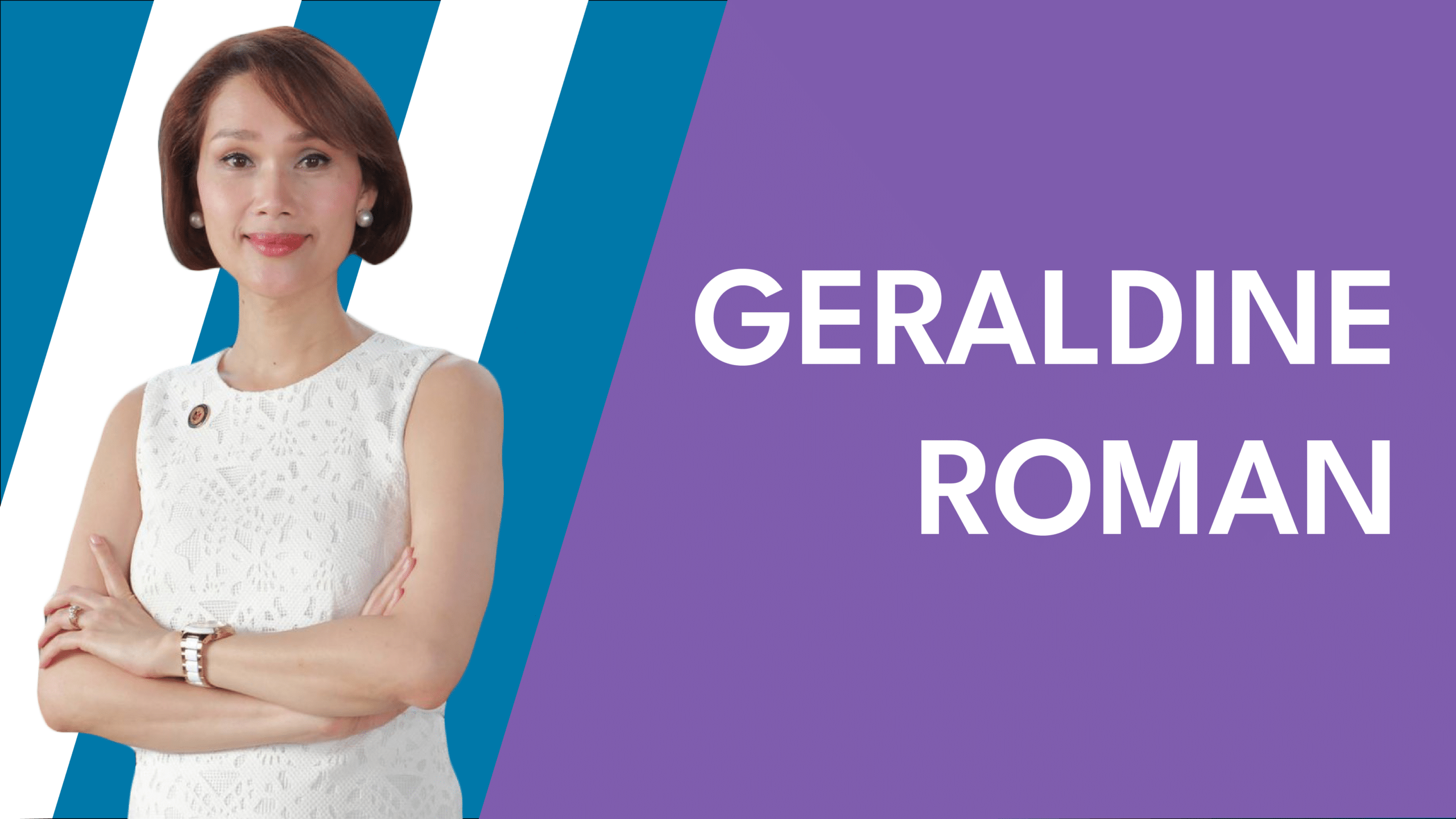 Geraldine Roman is a Filipina LGBTQ rights activist, politician, and journalist. Born into a family of politicians, she pursued higher education in Spain before returning to the Philippines. In 2016, Geraldine ran and won the race for District Representative, becoming the first transgender representative in the history of the Philippines. Since her inauguration, she has worked to pass the SOGIE Equality Bill, an anti-discrimination bill for LGBTQ individuals. She has also worked hard to advocate for civil union laws for LGBTQ couples and health and education reform. Her advocacy and visibility have contributed to increasing the acceptance of  LGBTQ people in the Philippines. 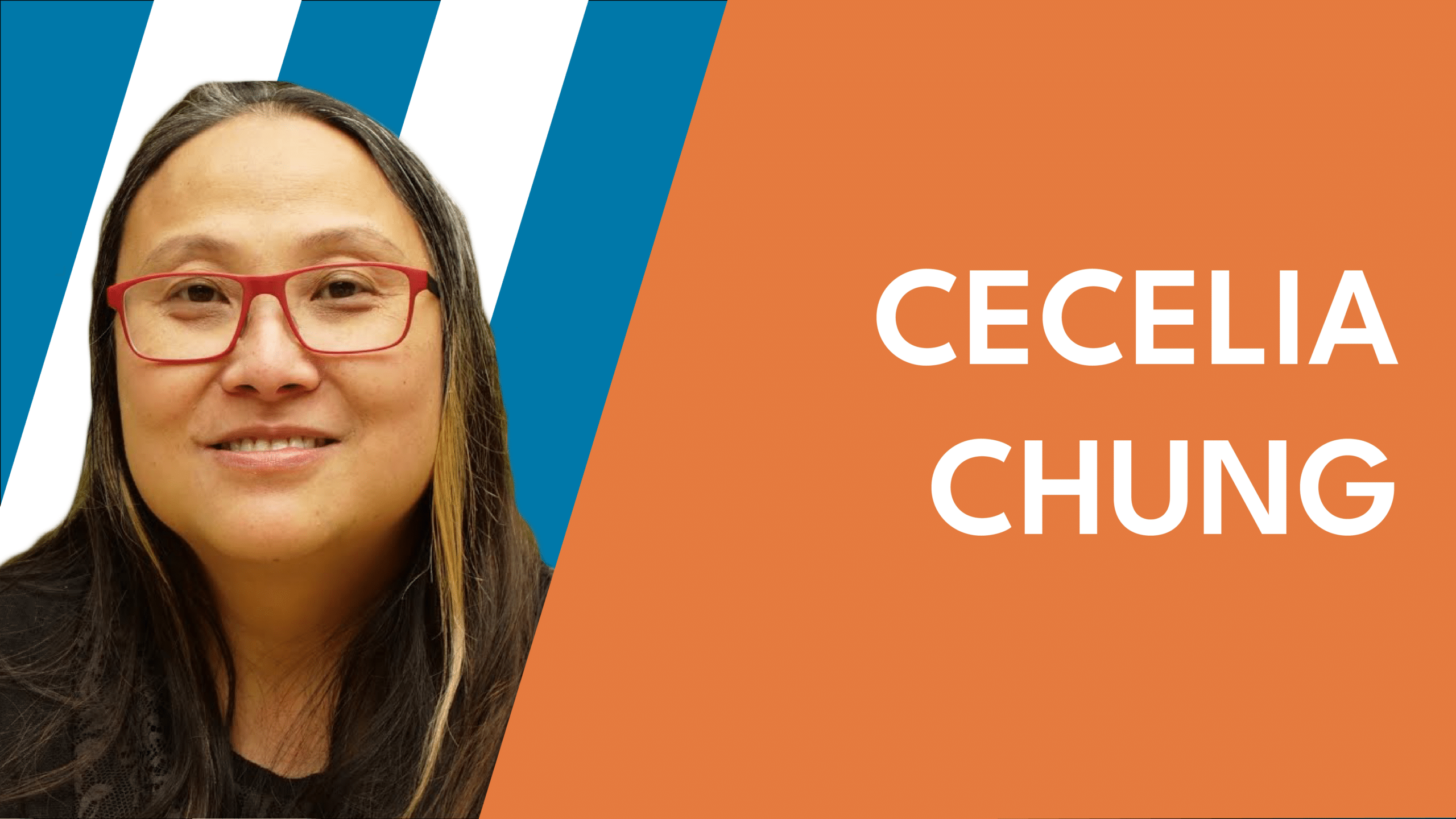 Born in Hong Kong, Cecelia Chung moved to Los Angeles in 1984 with her family. Since she came out as transgender, she has become an intrepid advocate for LGBTQ rights. She has achieved several firsts at various advocacy organizations, including becoming the first transgender woman and first Asian person on the Board of Directors for San Francisco Pride and the first person openly living with HIV to Chair the San Francisco Human Rights Commission. Currently the Senior Director of Strategic Projects at the Transgender Law Center, her activism continues to increase Asian-American representation in LGBTQ spaces in California and nationwide. 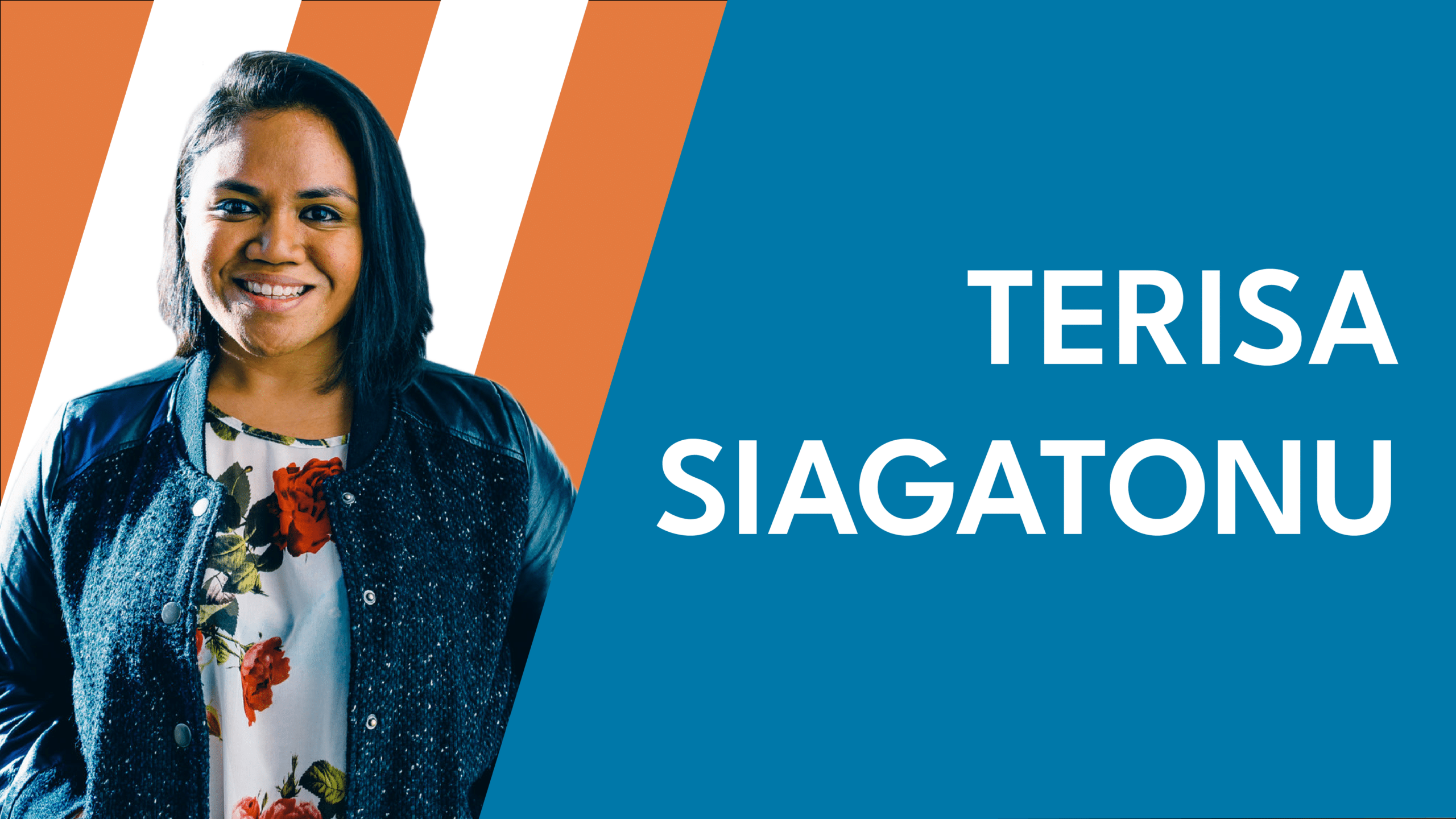 Terisa Siagatonu is a Samoan queer poet and leader. Having performed everywhere from the Obama White House to the UN Conference on Climate Change, her voice has provided representation for the LGBTQ and Samoan communities.  Terisa’s poetry combines her intersectional experience with political and personal calls to action. Offstage, she organizes community workshops that address many of the same themes as her onstage work and uses her platform to help give back to her communities. Terisa’s work has been instrumental to raising awareness and aid to issues affecting Samoan, Polynesian, and other Pacific Islander individuals. 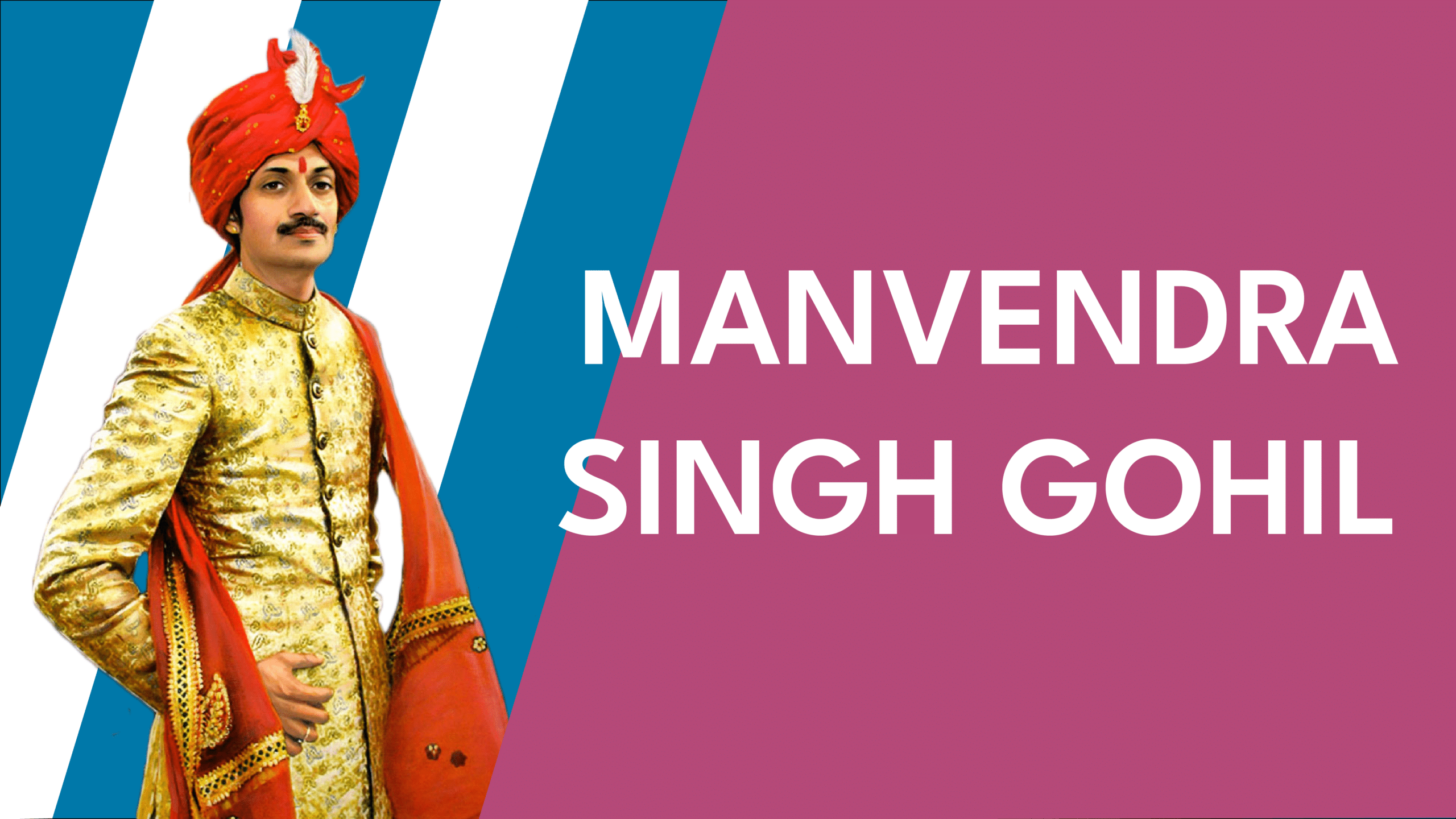 Manvendra Singh Gohil is the Prince of Rajpipla in Gujarat, India. The first openly gay prince in the world, he struggled for years in silence with his sexuality. After a failed arranged marriage and a mental health crisis, he moved home with his parents in 2002. In 2006, he told his story to a sympathetic journalist. He has founded the Lakshya Trust, an organization dedicated to fighting HIV/AIDS, especially among gay men. He is on the boards of multiple other LGBTQ organizations in India. Since 2018 he has opened up his palace to help provide housing for unhoused LGBTQ individuals. His advocacy and his visibility as a royal, have helped the LGBTQ community work towards acceptance in India. B.D. Wong works closely with multiple New York City LGBTQ charitable organizations, including the Ali Forney Center, which manages and develops transitional housing for LGBTQ youth. A well-known actor for his roles in Law and Order: SVU and as Li Shang in Disney’s animated Mulan, B.D. has lived as an out gay man for most of his career at a time when there were hardly any other openly LGBTQ Asian actors in the entertainment industry. 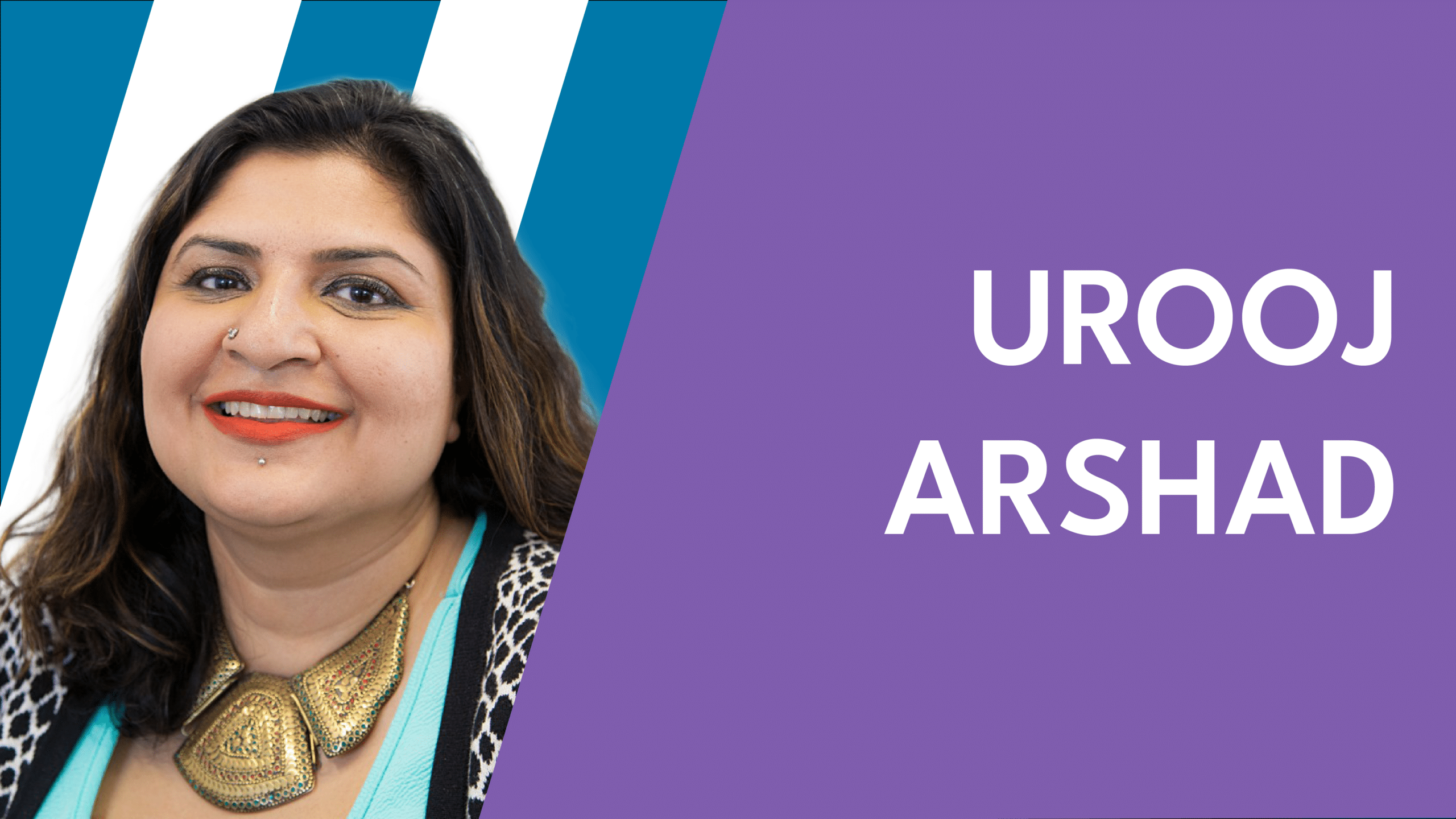 Born in Karachi, Pakistan, Urooj Arshad emigrated to the US at 16. She has spent her career working for nonprofits advocating for the LGBTQ community, especially for Muslim and South Asian LGBTQ people. She has presented at International HIV/AIDS Conferences, the White House’s LGBT Pride and Heritage Event, national convenings of Muslim leaders, and many more. Urooj is the co-founder of the Muslim Alliance for Sexual and Gender Diversity, which addresses the intersectional impact of islamophobia, homophobia, and transphobia, and served in the US delegation to the UN Commission on the Status of Women. Her work has helped countless South Asian and Muslim LGBTQ people living in the US. 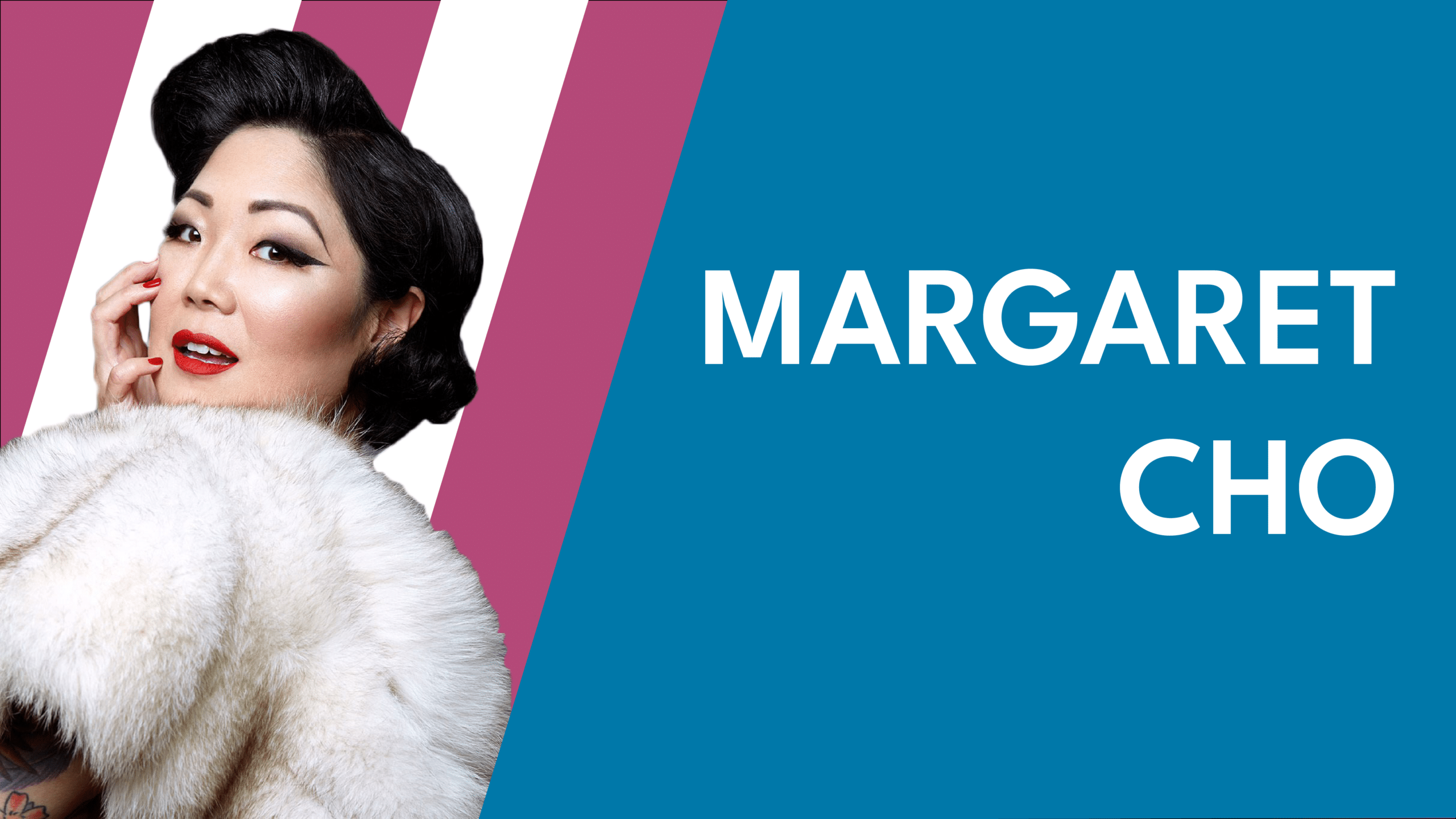 Margaret Cho’s comedy addresses the struggles of the LGBTQ community, including discrimination, bullying, and sexual violence.  Margaret has been a TV writer and standup comic, and has worked with numerous social organizations including Lambda Legal and the National Organization of Women. She has won awards for her work on and off stage representing the concerns faced by LGBTQ women of color and has never shied away from speaking truth to power. Margaret continues to advocate for Asian LGBTQ people, immigrants, and so many more throughout the country. 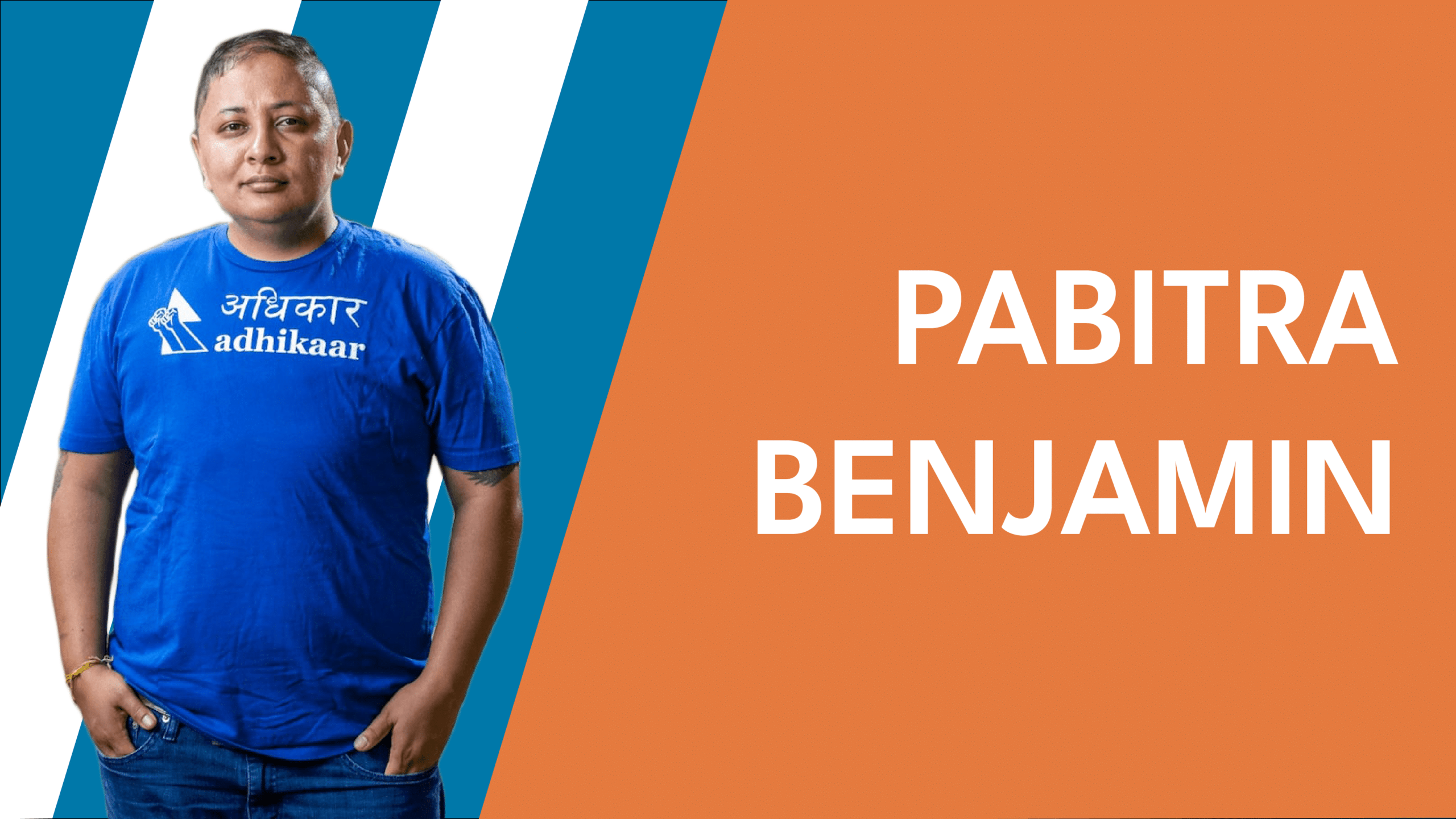 Pabitra Benjamin advocates for the LGBTQ Nepali community in the US. Born in Nepal, she came to the US at 7 and began organizing as a teenager. Throughout her career, she has assumed leadership at organizations like the National Queer Asian Pacific Islander Alliance, the Rights Working Group, and Amnesty International. Since 2017 she has been the Executive Director at Adhikaar, a Nepali human rights organization. Pabitra has developed a deep knowledge of the Central Asian LGBTQ diaspora through her decades of work in social justice which she uses to effectively advocate on behalf of this intersectional community. 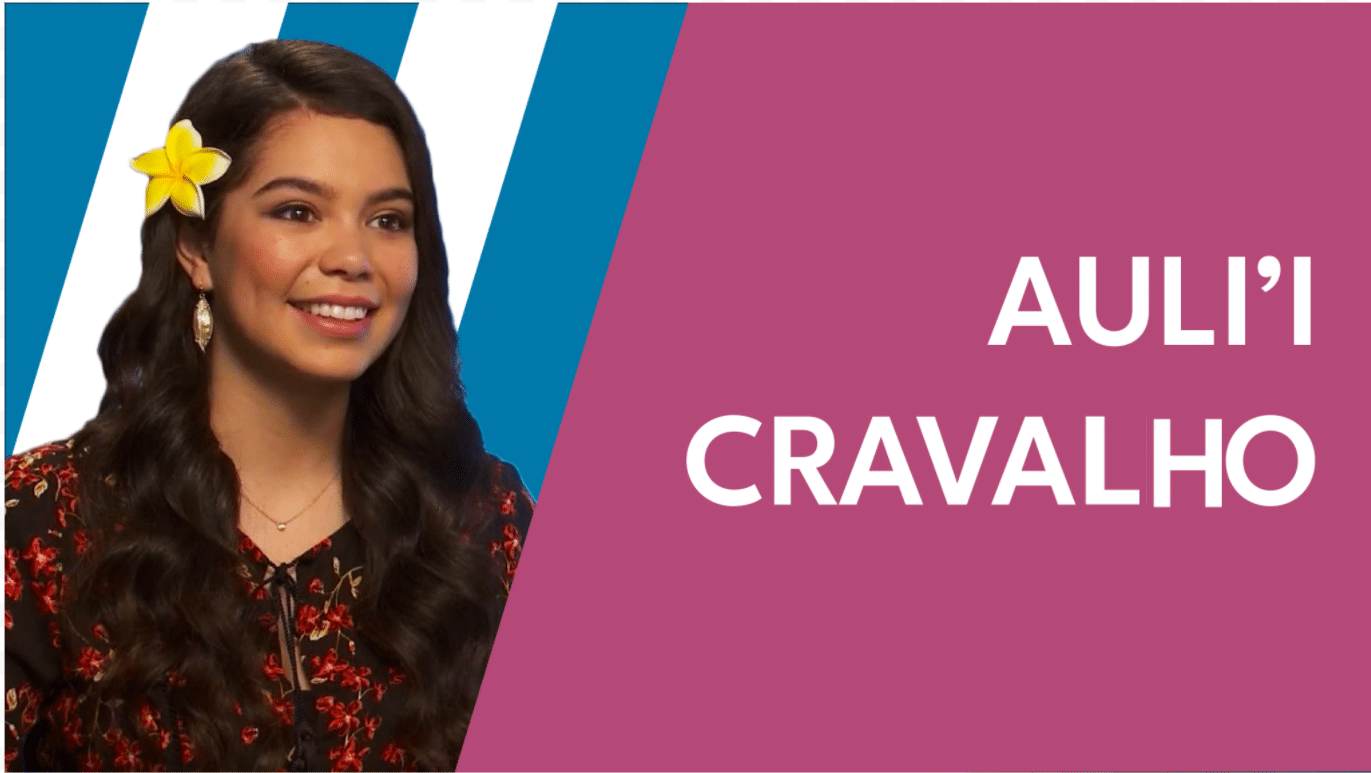 Auli’i Cravalho is best known as the actress who portrayed Moana, the first Pacific Islander Disney Princess. Auli’i was catapulted into the public eye with this role, and also starred in the native Hawaiian version of Moana, the first of Disney’s movies to be fully in that language. Countless children look up to Disney princesses, and the film was distributed locally with hopes to inspire more young people to learn Hawaiian. In 2020, Auli’i came out as bisexual on Tik Tok, and gave young people a crucial opportunity to see themselves in one of the most well-known entertainment canons of the world. 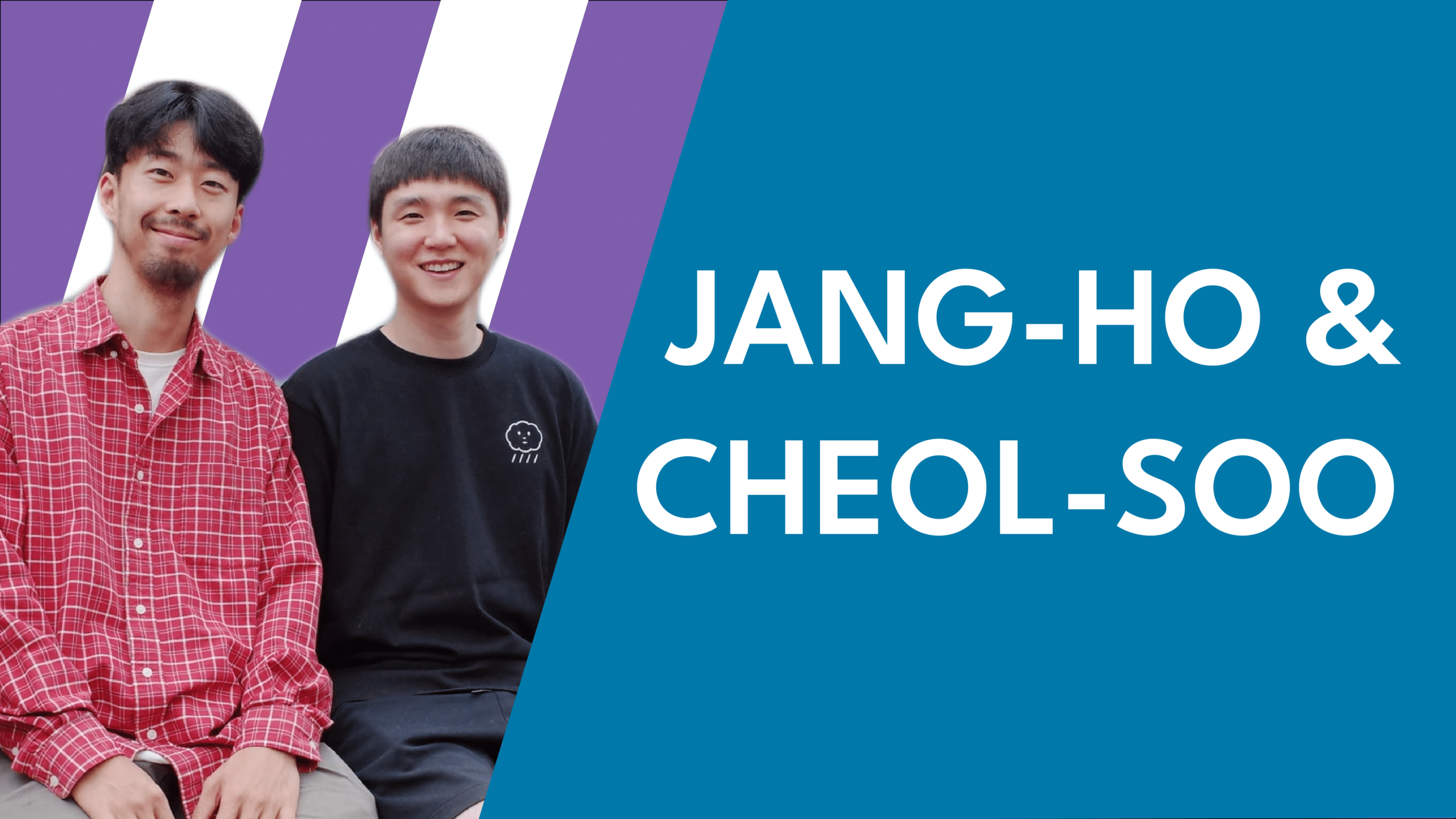 Son Jang-ho and Kim Cheol-soo, a Korean Youtuber couple, have created a unique space for LGBTQ people online. They have made multiple videos centering their relationship and how they are perceived by the public. More recently, they have encouraged their followers to post coming-out videos. While submissions are not limited to the LGBTQ community, Jang-ho and Cheol-soo do require that these videos include the person’s face and name to foster community and intimacy. Their goal is to destigmatize coming out by normalizing the act of publicly sharing their identity to strangers and by including straight individuals on the channel. They have been successful in creating a community of loyal fans who support these videos, and a safe, welcoming space for everyone who needs one. 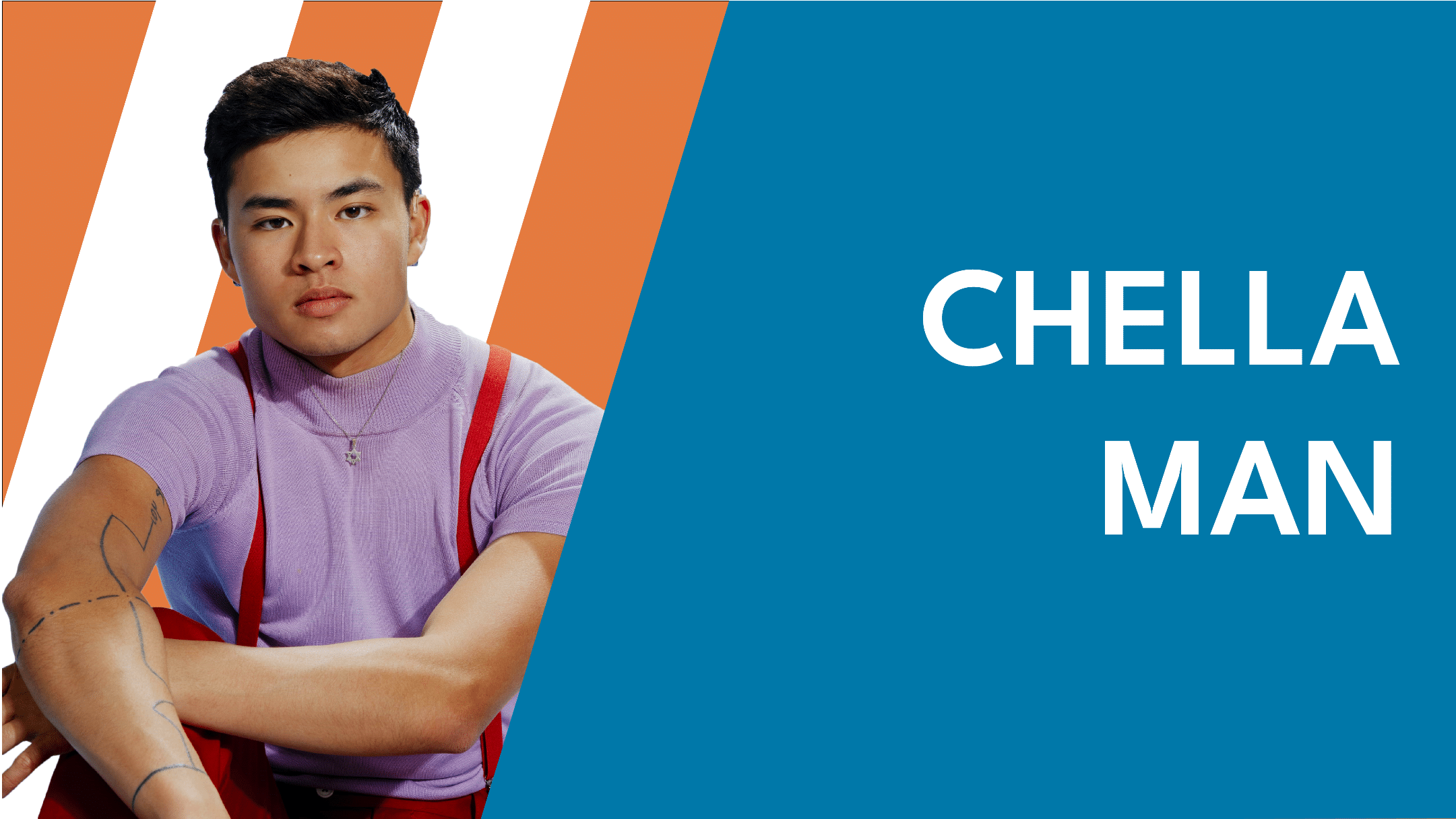 Chella Man is a transgender, Jewish, Chinese, and deaf actor. In 2017 he started a Youtube channel to share his unique perspective, as well as slice-of-life videos with him and his partner. He has been involved in voter mobilization as well as education campaigns designed to support the LGBTQ and disabled communities. Since his Youtube channel became popular, he has been cast in multiple modeling and acting roles, including as a superhero in DC’s “Titans.” Chella continues to expand the way that deaf and LGBTQ individuals are represented thanks to his unique openness in sharing his story and evolving identities with his followers.