This Women’s History Month, we have chosen to honor some of the innumerable LGBTQ women, non-binary people, and femmes who have impacted the world throughout history. Our community is powerful, and each person has their own remarkable part to play. We celebrate them this month, and all year long: those who came before us, or are making history right now. At GLAD we remain committed to uplifting these voices and building a world that celebrates them unreservedly. 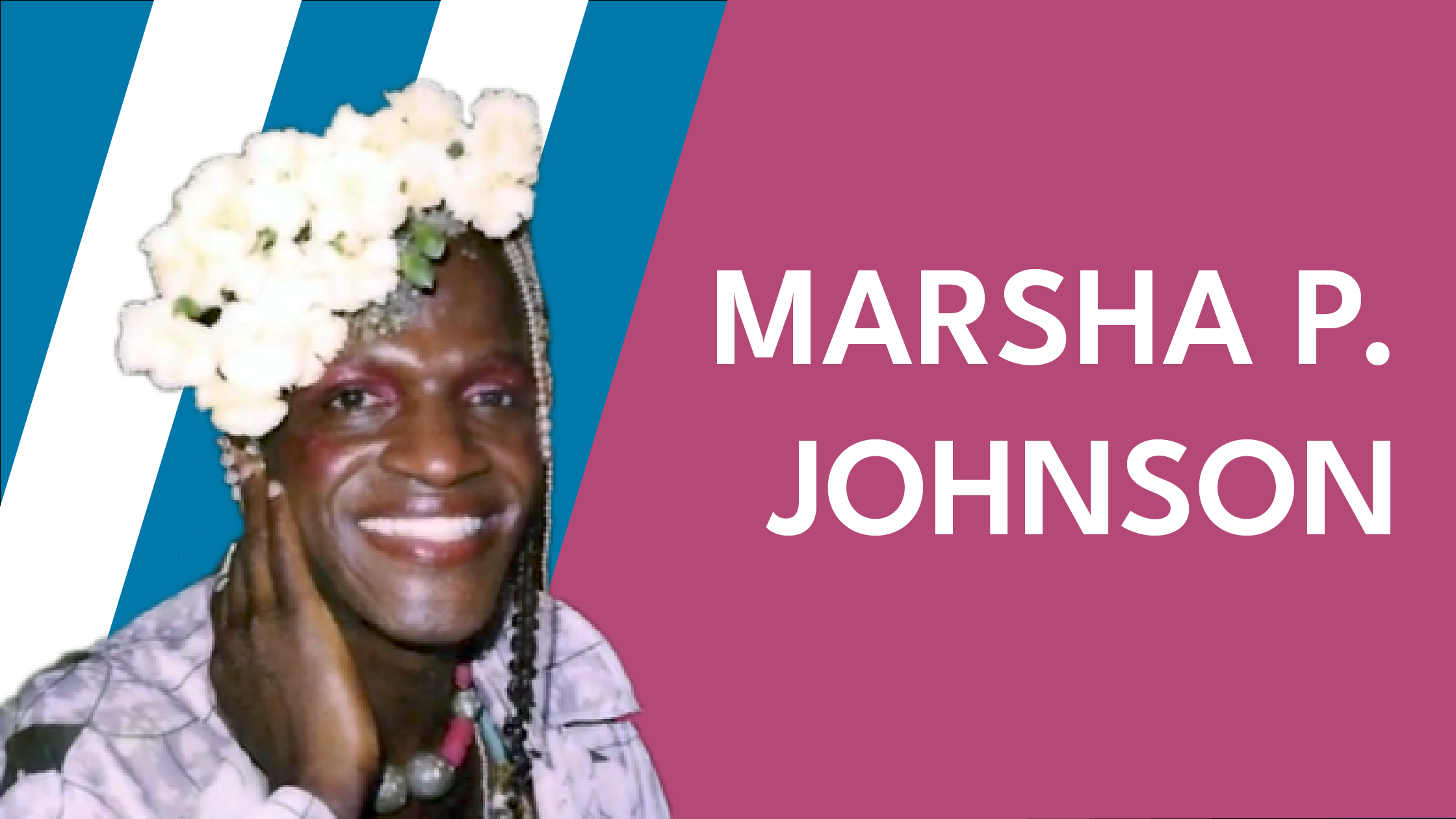 Marsha P. Johnson (August 24, 1945 – July 6, 1992) was an outspoken gay liberation activist and self-identified drag queen. Along with her close friend Sylvia Rivera, she was one of the key people involved in the 1969 Stonewall uprising. Stories differ on whether she threw a brick or threw a shot glass, but she became a symbol involved with the event to this day. A popular member of the New York Art scene, she worked with Andy Warhol and as a drag performer. After working in the Gay Liberation Front, Marsha co-founded Street Transvestites Action Revolutionaries (S.T.A.R.). She worked with STAR for years, founding the STAR House, a shelter for gender-nonconforming and transgender youth. She moved specifically into AIDS-related activism in the 1980s, working with groups like ACT UP.

Marsha was a cornerstone of the queer community in New York and beyond until she died in July of 1992. Her death was originally ruled a suicide, but after extensive pressure from her close friends and family, advocacy groups, and fellow activists, it was reopened as a possible homicide. Since her passing, she remains one of the most well-known figures in the queer community. Her story, recently memorialized in the documentary “The Death and Life of Marsha P. Johnson,” inspired many activists and LGBTQ people today to fight for what they believe in. In her memory, the Marsha P. Johnson Foundation fights for the equality and rights of Black transgender individuals. 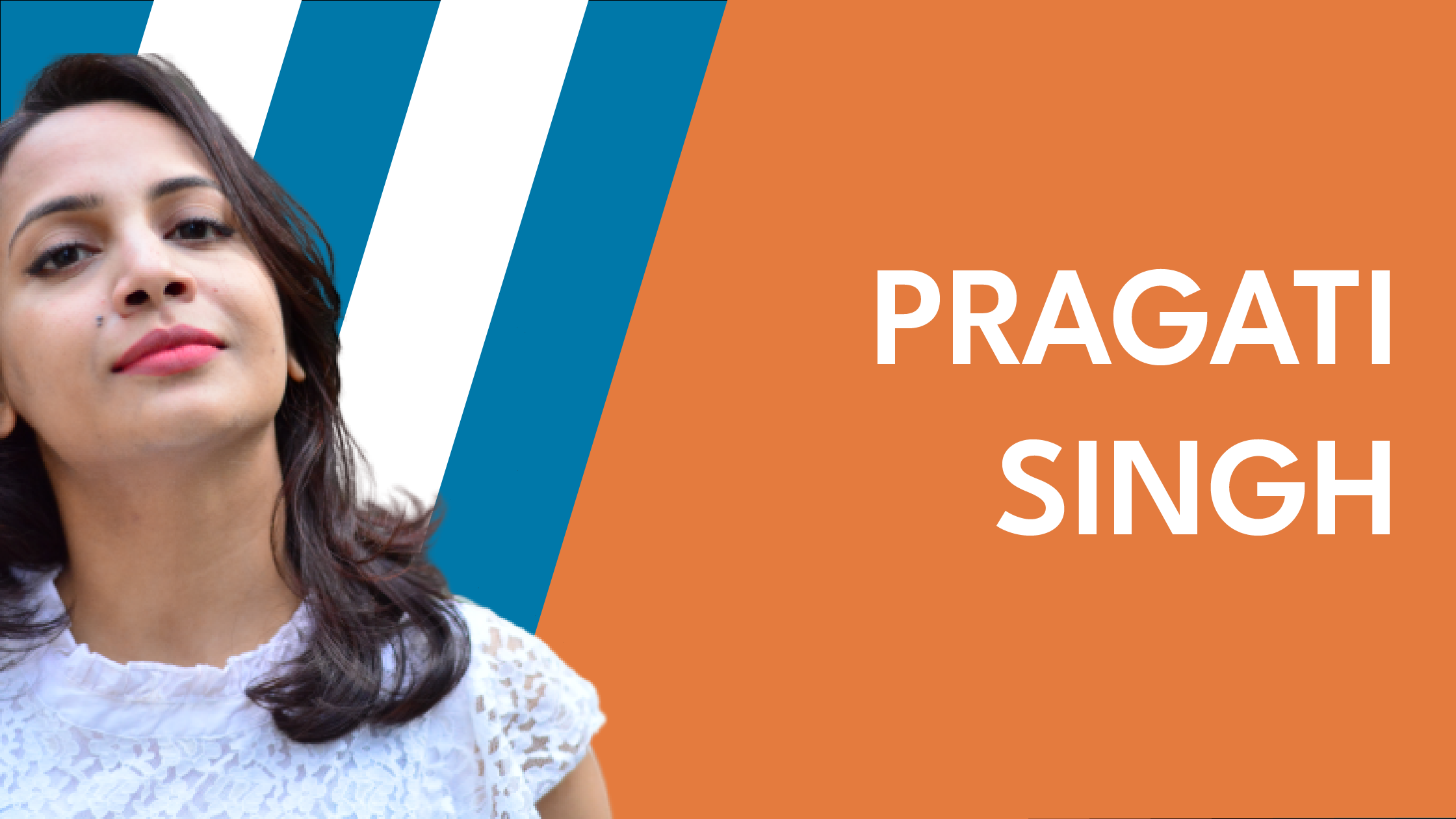 Pragati Singh is an activist and one of the preeminent leaders of the asexual rights movement in India. She began her career as a maternal health doctor, when she discovered that there were no online communities for anyone on the asexual spectrum in India. She created Indian Aces, a group designed to help foster community and support. Dr. Singh also conducted research to identify the unique challenges and hopes of India’s asexual community. She was able to push against a rigid medical establishment to get her research published, helping to raise awareness of people on the ace spectrum in both the medical field and the country at large. Her groundbreaking work enabled her to present at international conferences and was chosen to be one of the BBC’s 100 Women of the Year in 2019. She continues to work to provide a space and a voice for the ace community in India. Read Dr. Singh’s interview with Asexual Magazine here. 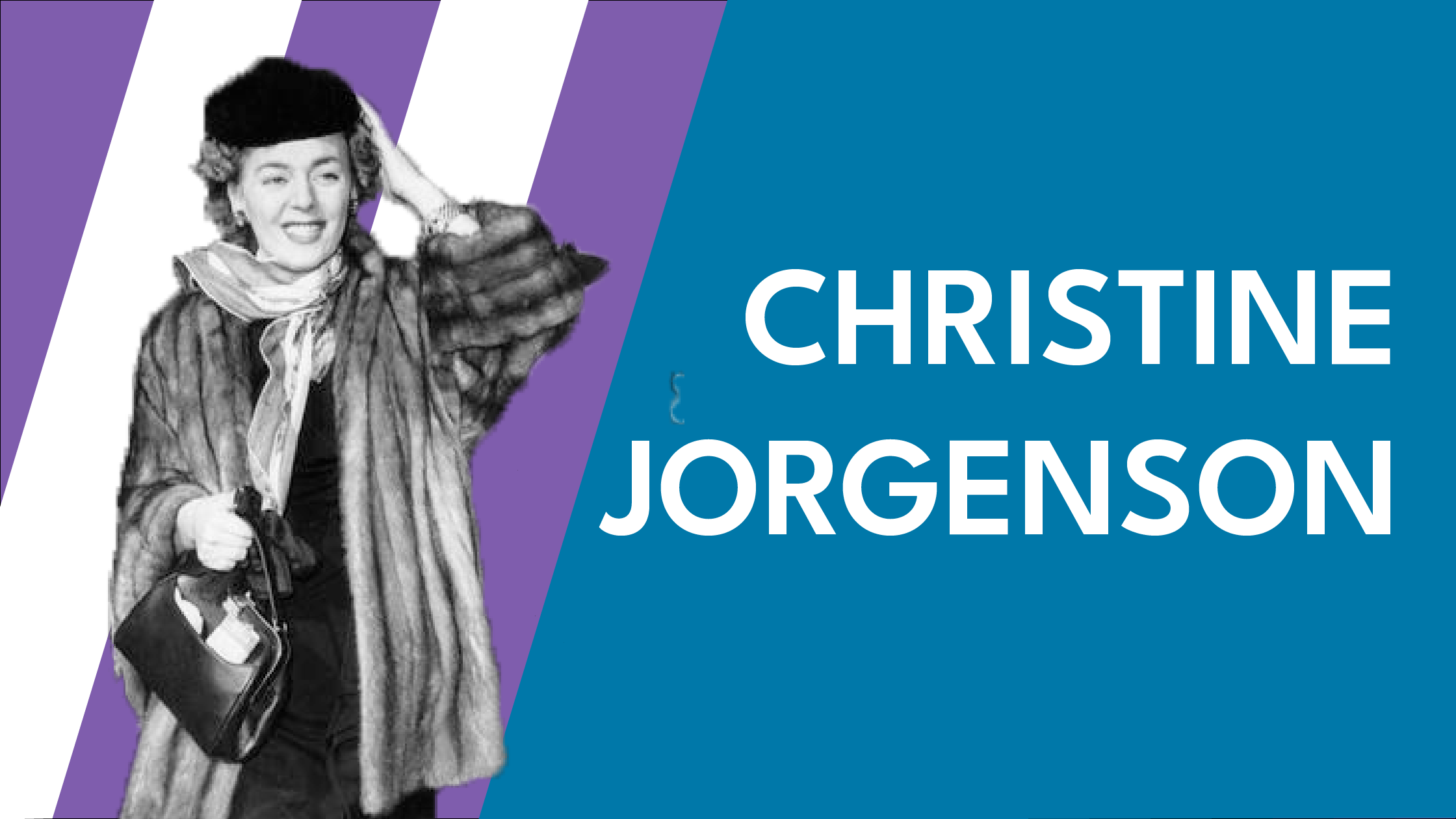 Christine Jorgenson (May 30, 1926 – May 3, 1989) was the first person in the United States widely known to have received gender-confirming surgery. The Bronx native and World War II veteran received medical care in Denmark in 1952 and immediately became a media sensation. Christine originally intended to live a private life but realized she had a platform to speak up. She became a performer, went on talk shows and radio shows, and wrote her autobiography. From the ’60s to the ‘80s, she toured college campuses and other venues to speak about issues of transgender rights. Christine passed away in 1989 from cancer, but her legacy helped change the way people thought about LGBTQ people. Her fame brought about visibility at a time when there were very few people living openly as transgender and shaped the national discussion on gender identity. 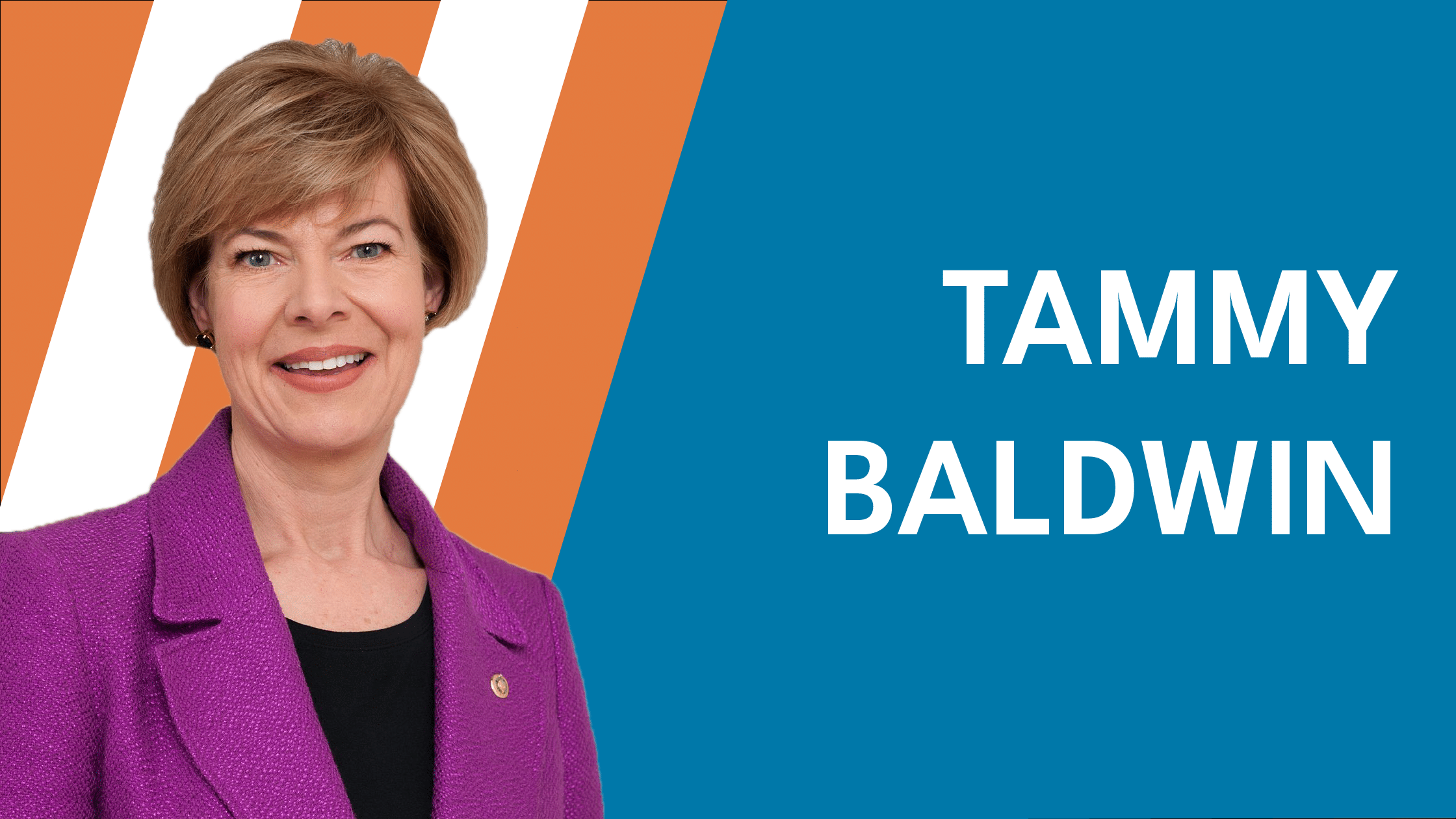 Tammy Baldwin was the first openly gay person to be elected to both chambers of Congress. Baldwin has been an advocate for LGBTQ rights, access to healthcare, and student debt relief. She introduced the Ending LGBT Health Disparities Act which sought to fund research and cultural competence for LGBTQ healthcare. She has regularly fought for these issues, including supporting the upcoming Equality Act, which would close many gaps in nondiscrimination protections for LGBTQ individuals, women, people of color, and people of minority faiths. 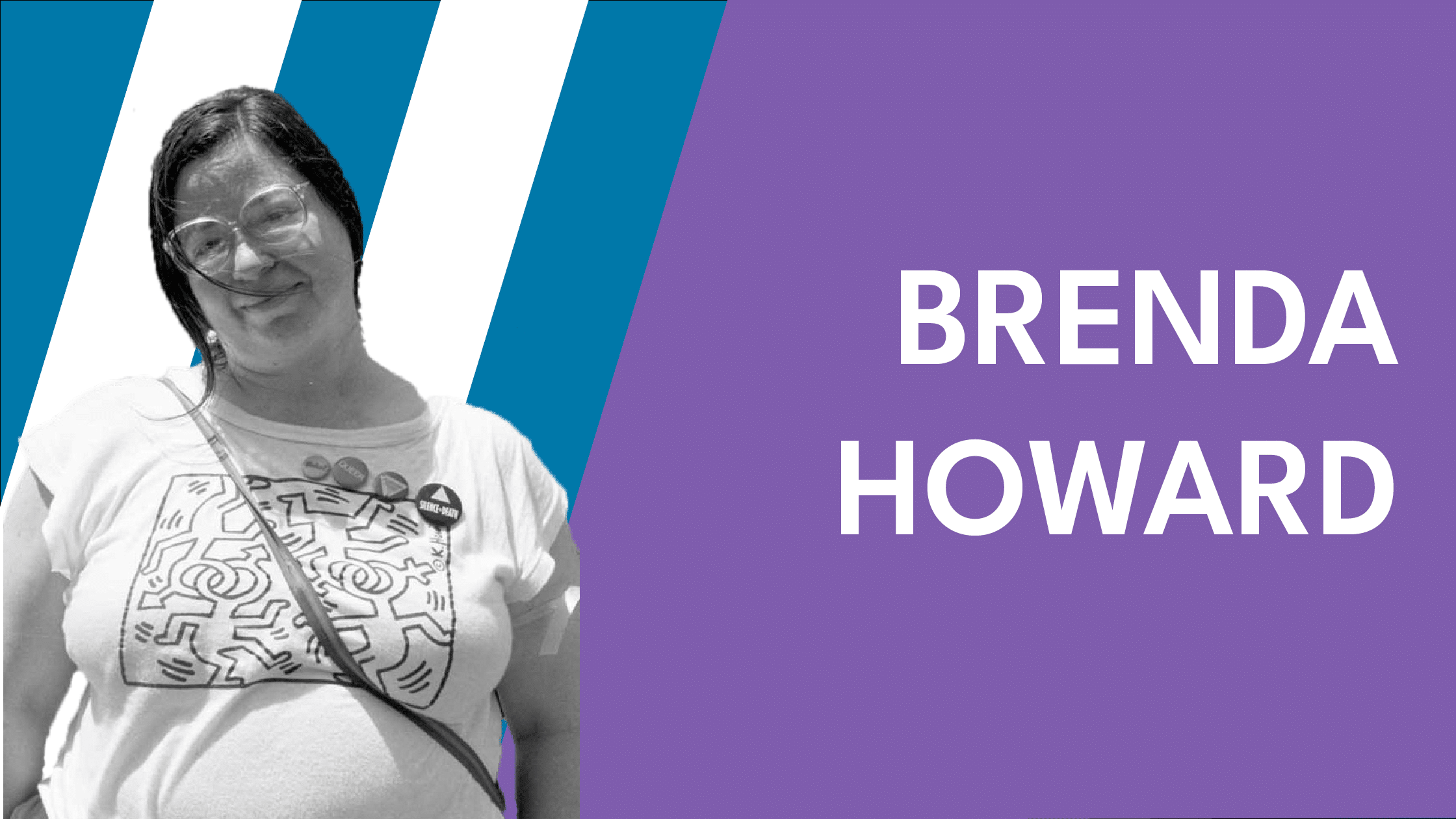 Brenda Howard (December 24, 1946 – June 28, 2005) was heavily involved in planning the first Pride event in 1970 after coordinating rallies to commemorate the 1-month, 1-year, and subsequent anniversaries of the Stonewall Rebellion of 1969. Known by some as “Mother of Pride,” Brenda is widely credited with coming up with the modern idea of the week-long pride event that we see celebrated internationally. Initially active in the feminist and antiwar movements, in 1987 she turned more towards bisexual-specific organizing with organizations like BiNet USA and the New York Area Bisexual Network. She helped plan dozens of marches and brought issues of bisexual representation to the forefront in the queer community, and worked for kink and polyamory visibility. Sadly, she passed away from cancer in 2005, but her legacy lives on Pride celebrations worldwide. 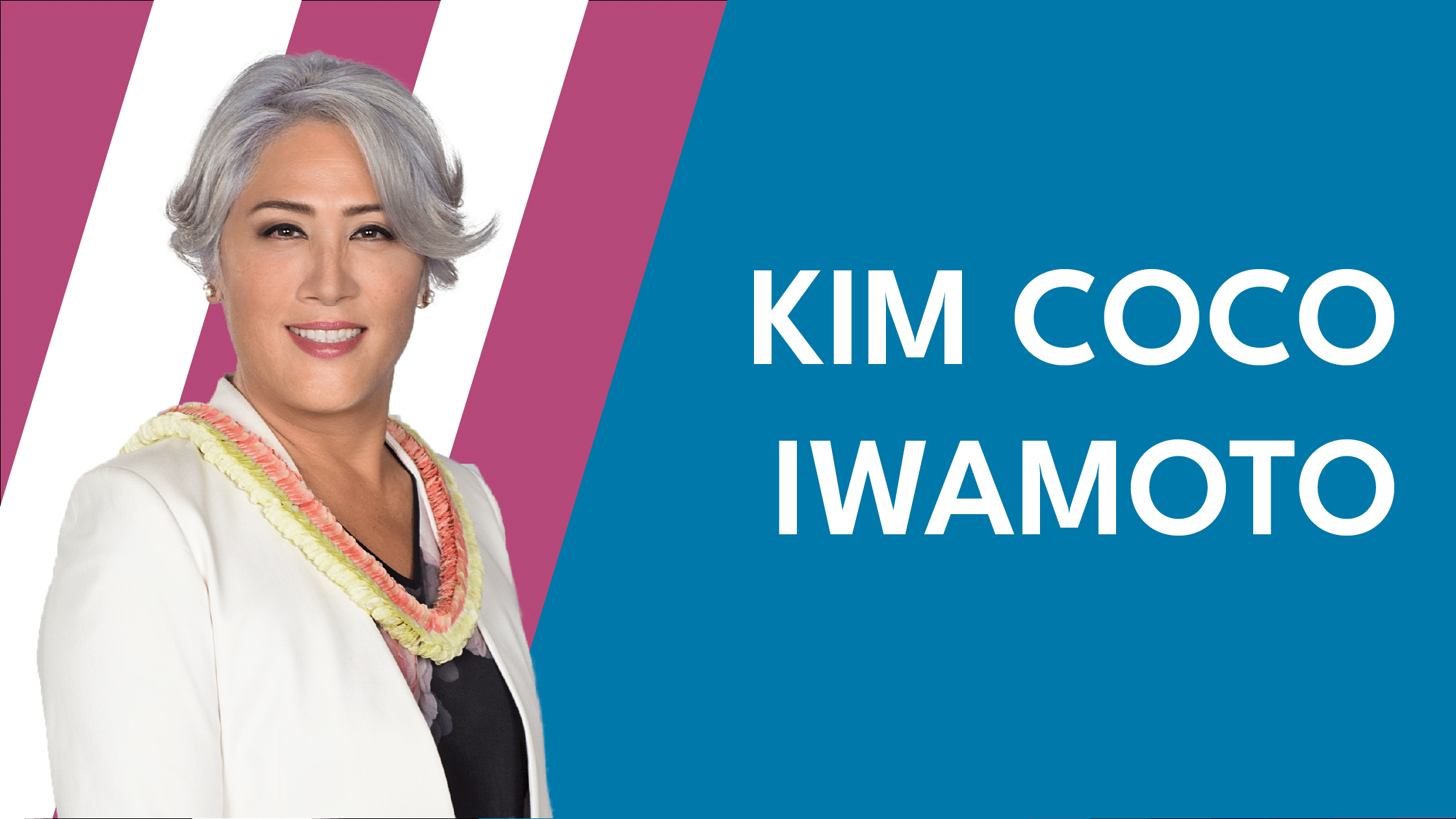 Kim Coco Iwamoto is a politician from Hawaii. From both her lived experience as a transgender individual and her grandparents’ experience as survivors of Japanese internment in California, she grew up no stranger to the pressing need to protect all people’s rights. To this end, she served on the Hawaii Board of Education, and later on the Hawaii Civil Rights Commission. This made Kim the first openly transgender person elected to statewide office in the country. She ran both for Lieutenant Governor and State Representative, only narrowly losing both races. Kim continues to push the boundaries for the Asian-American LGBTQ community and fights to represent all people’s interests in her work, including leading advocacy efforts for LGBTQ youth experiencing homelessness in Hawaii. 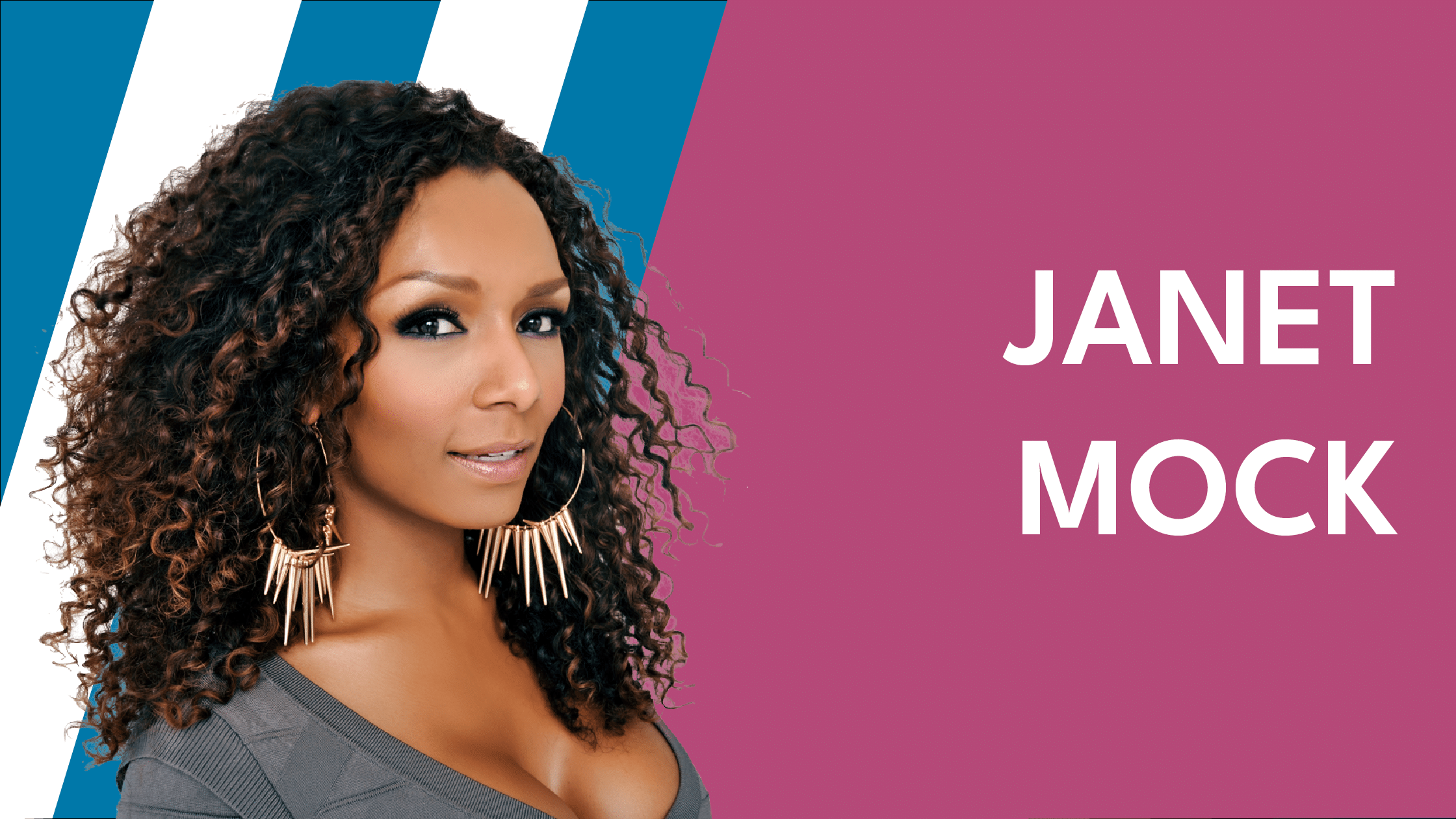 Janet Mock is a transgender rights advocate, writer, and media producer. Originally from Hawaii, she worked as the staff editor for People magazine, where she came out as transgender. She wrote her first autobiography in 2012, which began her entry into more overt advocacy by speaking on her experience transitioning as a teen in Hawaii. She worked for a medley of media organizations and formats before settling into screenwriting. After writing her second autobiography, she began writing the critically-acclaimed show Pose on FX. Pose was groundbreaking for casting trans actors to play trans characters and accurately depicting the Ballroom scene of 1980’s New York. Janet is the first openly transgender woman of color to write a television episode and secure a major studio deal. Her work on and off-screen has increased crucial transgender representation in the media. 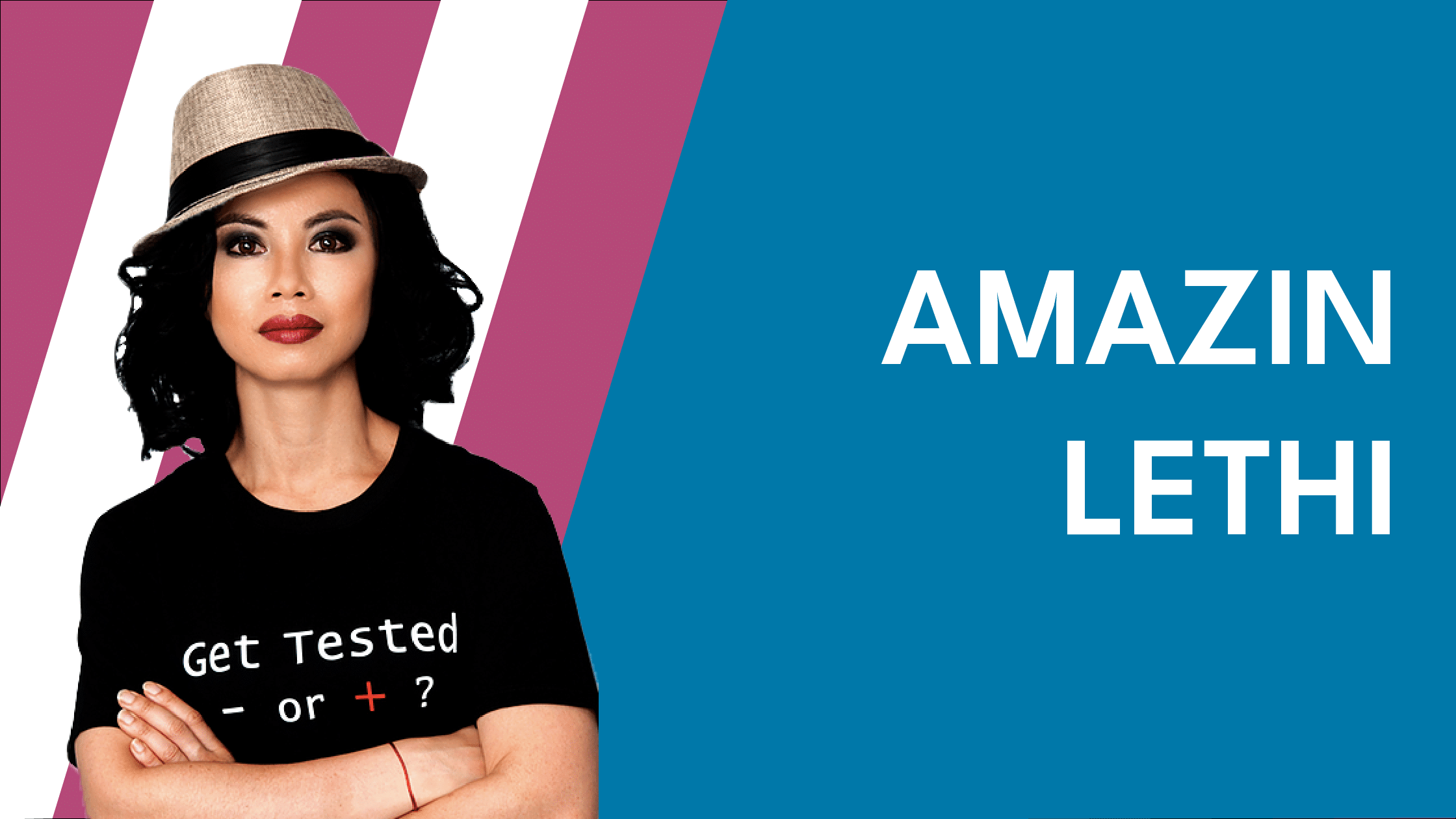 Born in Saigon, Amazin LeThi is a fierce advocate for LGBTQ kids in sports. Amazin was adopted into a white family in Australia and began her lifelong passion for athletics as a bodybuilder at age 6. She was bullied both for being Asian and LGBTQ, and her work at the intersection of these identities has been influential. She founded the Amazin LeThi Foundation, which works to prevent anti-LGBTQ and anti-AIDS discrimination. She works tirelessly for the inclusion of LGBTQ people in sports and has worked publicly to further queer Asian representation in sports and the media with Athlete Ally, the BBC, and the Obama White House, among many others. 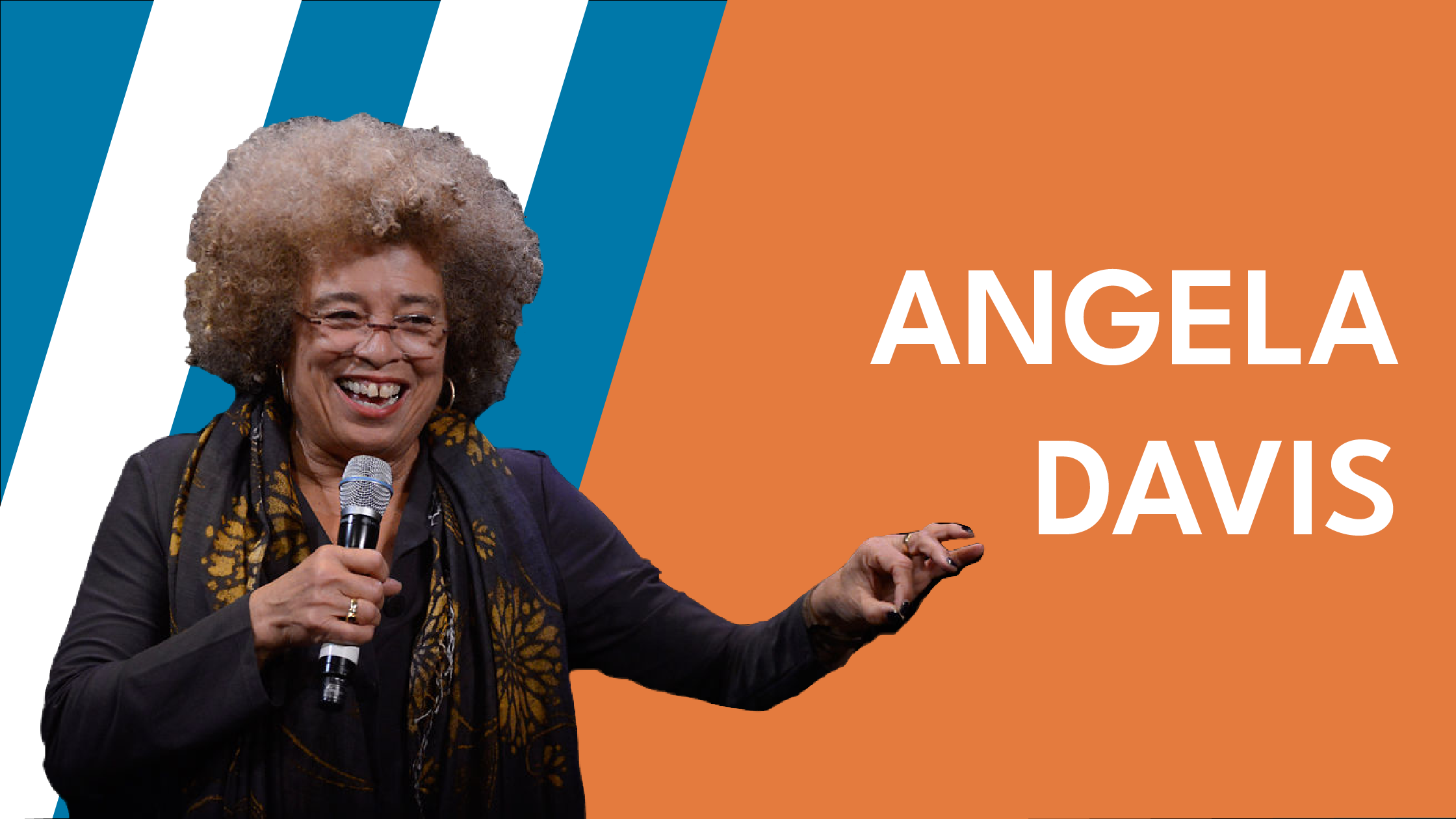 Angela Davis is a longtime activist, first in the movement against the Vietnam War and as a defining second-wave Black feminist. A self-identified, long-time Communist, she has been a vocal advocate for prison abolition and alternatives to incarceration. Angela has been an educator for many years, lecturing on feminism at colleges across the globe. Through her work in these movements, Davis has consistently advocated for women and the LGBTQ community, even to the point of breaking with other leaders who were not listening to those voices. She has been a leading advocate for intersectional advocacy and activism and has led the field by example. She lives now with her long-time partner and fellow UC Santa Cruz professor Gina Dent. 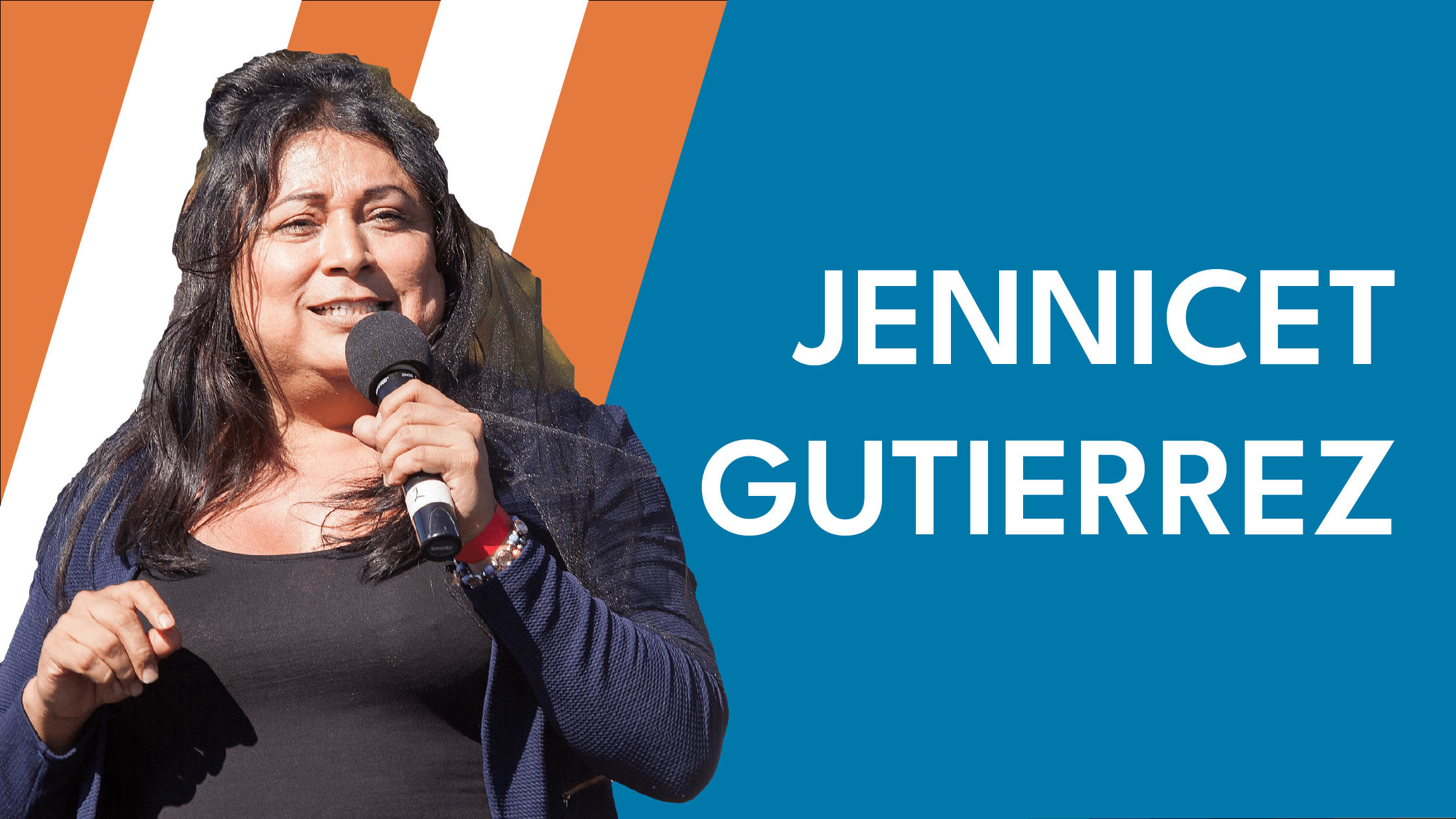 Jennicet Gutierrez is an advocate for the trans undocumented community. Jennicet moved to the US at 15, learning English and being subjected to intolerance simultaneously. Famously, she interrupted President Obama during an LGBTQ Pride reception to raise the issue of his administration’s treatment of transgender immigrants. This generated a national conversation on the issue and the politics of respectability in the LGBTQ movement. She was a founding member of La Familia: Trans Queer Liberation Movement, an organization that works at the local and national levels to achieve the collective liberation of trans, queer, and gender-expansive Latinx people. 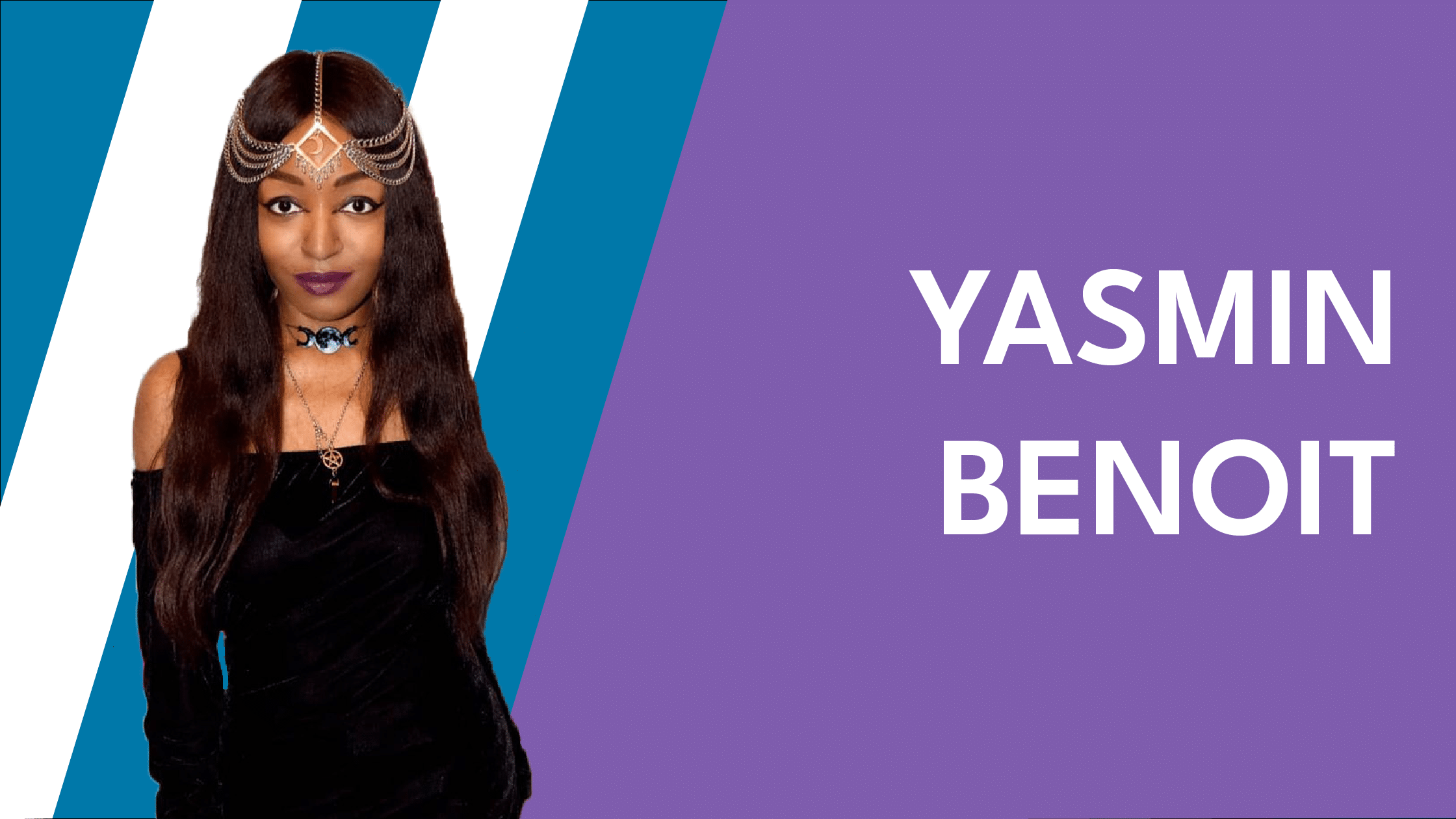 Yasmin Benoit is an asexual and aromantic activist in the UK. She is one of the first and most successful Black alternative models. Pushing into a white-dominated field with Eurocentric standards of beauty, she got many questions from journalists and had to advocate for herself from the beginning of her career. As a model, she has also gotten many questions about her asexuality and fights many misconceptions about the ace community. Benoit has said in interviews, “I’m not trying to sell myself, I’m selling a product,” a refrain she has had to repeat over her career. She has worked with AVEN, the Asexuality Visibility and Education Network (where she now serves on the Board of Directors), to increase the knowledge of and acceptance for the asexual and aromantic community. She is also lending her perspective to a movement that often is dominated by white voices, showing how diverse the queer community really is. 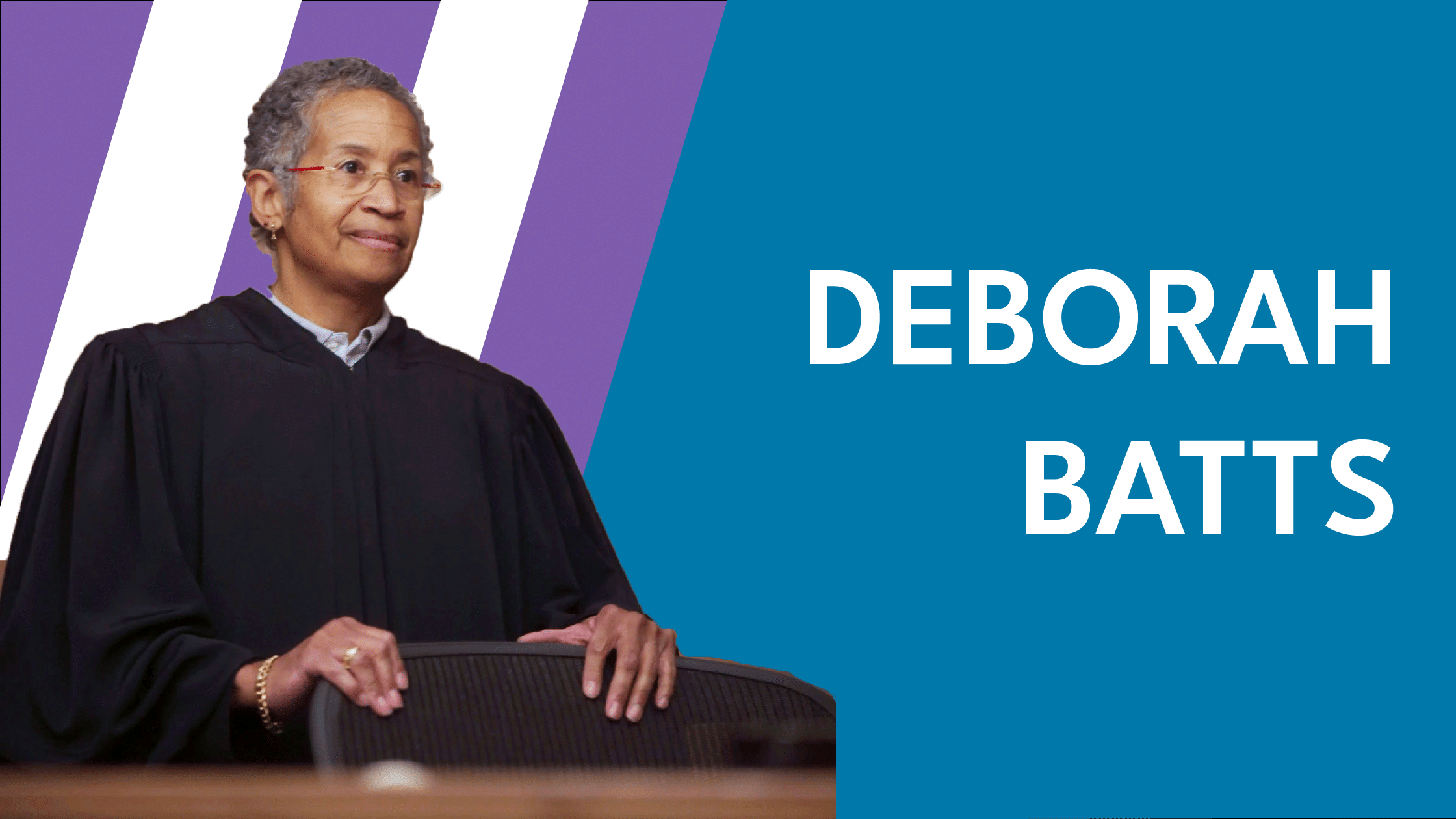 Deborah Batts was the nation’s first openly gay federal judge. She served as an Assistant US Attorney in New York and was a professor at Fordham Law School before she was nominated for the Southern District of New York seat, following the recommendation of Senator Patrick Moynihan. Her confirmation in 1994 made her the first openly lesbian federal judge, not to mention the first African-American lesbian judge. While she never stressed her sexuality, she understood that she was a role model for many. In a 2019 interview, when asked about her thoughts on being a role model, she said “You can certainly be a mentor, someone who encourages people who think that they can’t do it. They can do it.”