Fighting Anti-Transgender Bills Across the Country: Curb Records v. Lee and Beyond

Across the country during the 2021 legislative session, transgender people have faced a cruel onslaught of legislation that undermines their civil rights, attempts to exclude them from public life, and even criminalize their identities.

Lawmakers in a handful of states are proposing extreme bills that ban safe, well-recognized medical care for transgender children. In some cases, such bills provide criminal penalties for physicians who provide such care. In others, parents could be punished as well. Arkansas is the only state to have enacted a medical care ban to date – over the veto of Republican Governor Asa Hutchinson, who chastised the legislature for the extreme nature of the legislation – but we have not seen the end of such attempts. Denying access to established medical care is cruel and unethical, and it puts transgender youth at increased risk. In Arkansas, there have already been reports of youth suicides resulting from this extreme law. Some families are planning to move out of state.

New England is not immune to such dangerous legislative proposals. Transgender and allied advocates, GLAD attorneys, and our partner organizations, showed up at hearings and advocated against several anti-trans bills in the 2020-2021 session. 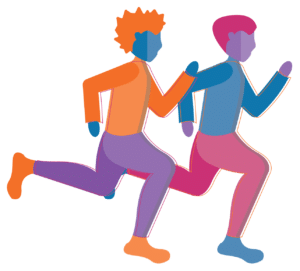 Another bill in Maine, LD 1238, would have allowed shelters to exclude transgender women. Both chambers voted the bill down with broad support from shelter providers themselves. And New Hampshire’s bill banning gender-affirming healthcare for trans youth was voted down in Committee, ending its progress for this session.

GLAD is keeping a watchful eye on anti-LGBTQ+ legislative developments across the country. In Tennessee, lawmakers enacted several anti-LGBTQ+ laws this year. GLAD has filed a lawsuit, Curb Records v. Lee, against one of those laws, first-of-its-kind legislation requiring businesses to post a “not welcome” sign for transgender patrons and employees on their premises.

A lawsuit to protect businesses who affirm transgender people

Tennessee’s HB 1182 requires businesses to post a demeaning notice on their premises if they have policies allowing access for transgender individuals on an equal basis to other patrons.

The law designates precise dimensions, coloring, and language that effectively amounts to a “not welcome” sign that promotes a hostile climate for transgender and non-binary people in the state and denies them equal access to businesses open to the public. GLAD filed a lawsuit challenging the new law in Curb Records v. Lee, along with Sherrard Roe Voigt & Harbison, attorney Abby Rubenfeld, and the National Center for Lesbian Rights (NCLR).

The plaintiffs in the case are Grammy award-winning record producer Mike Curb, his label Curb Records, and the Mike Curb Foundation. They collectively argue that the law compels them and other Tennessee businesses to endorse a climate of fear and nonacceptance of transgender and non-binary people. Such a mandate directly contradicts their company values of integrity, respect for diversity, and nondiscrimination.“It’s outrageous to have the government come in and force me to send such a derogatory message to my employees and customers,” Mike Curb said when the law went into effect.

Mike Curb identifies his personal connection to the need for acceptance with his grandmother Eloisa Salazar’s experience with discrimination as she grew up on the Mexico-US border: “her experience shaped my family’s and my company’s values.”Curb has been committed to the values of nondiscrimination and inclusion for LGBTQ+ people throughout his career. His company and organization have provided grants and gifts to further access to education, historic preservation, people experiencing homelessness, and many other endeavors in his community. “It is hard to believe that our LGBT community in Tennessee is being assaulted with so much harmful legislation,” Curb says, “at a time when our country needs to come together more than ever before.”

A federal district court issued a preliminary injunction in a second challenge to the law, filed by the ACLU, ordering that HB 1182not be enforced while the courts ultimately determine the law’s constitutionality. GLAD and our partners are moving forward with our challenge to ensure that the state does not force Curb Records and other affirming businesses to act against their values and businesses interests, and that transgender and non-binary Tennesseans can access public spaces on the same terms as anyone else. Mike Curb and our team hope to get a final ruling by sometime next summer. To be the first to learn when a decision is delivered, sign up for our email updates on GLAD.org.

The First Challenge to the Military Ban Comes to a Close