This Latinx Heritage Month, we are honoring some of the many incredible Latinx activists and organizations whose fight for justice and equality has made a lasting impact in our communities. 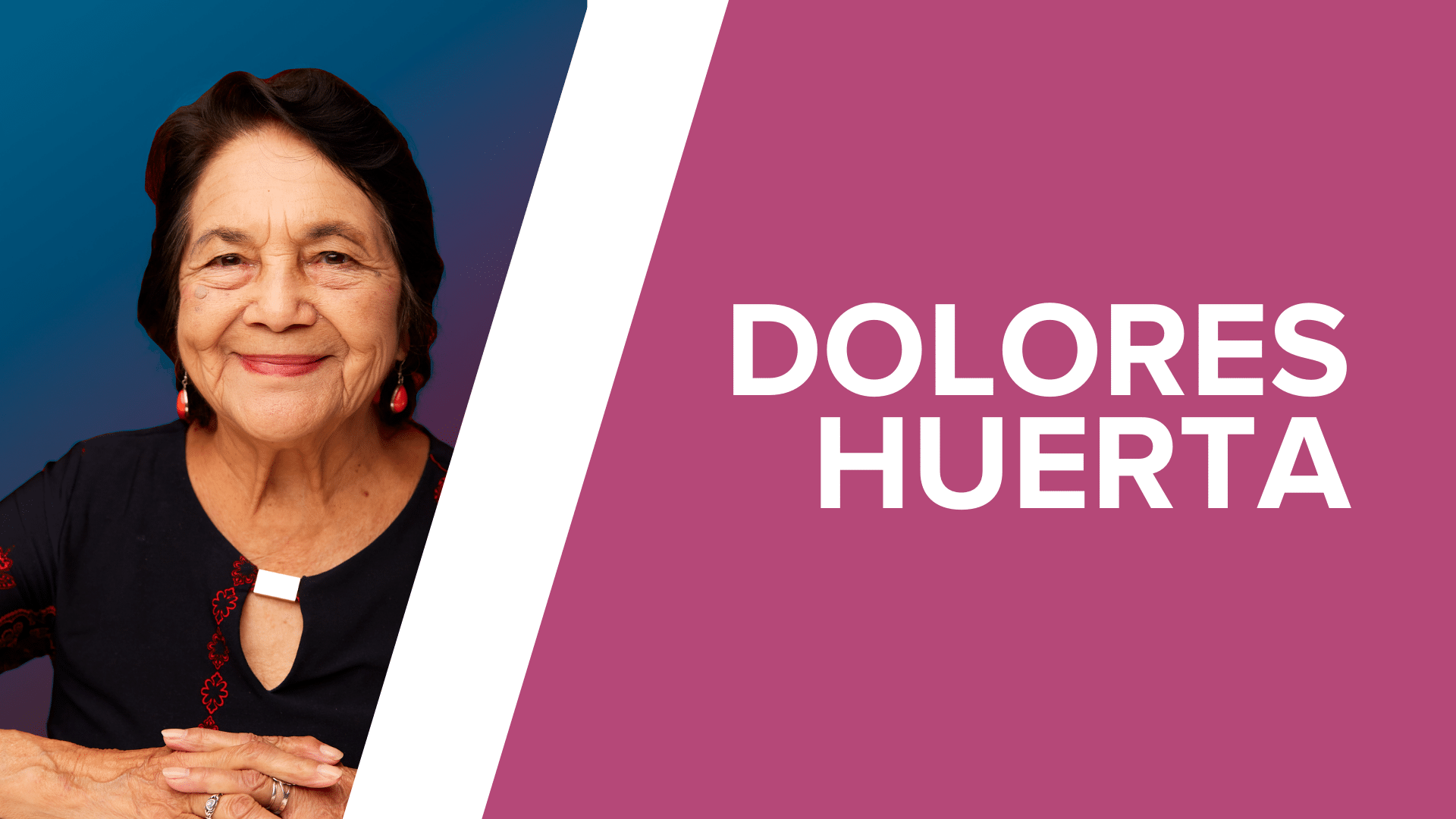 Dolores Huerta (she/her) is one of the most influential labor activists of the 20th century and a great leader of the Chicano Civil Rights movement. Her career began in 1955 when she co-founded the Stockton chapter of the Community Service Organization (CSO), which led voter registration drives and fought for economic improvements for Latinx people. In 1962, Dolores and Cesar Chaves founded the National Farm Workers Association (NFWA), which soon transformed into the United Farm Workers’ Union (UFW). The UFW and Dolores’ countless boycotts led to the California Agricultural Labor Relations Act of 1975, which allowed farmworkers to form unions and bargain for better wages and conditions.

Dolores became the first Latina introduced into the National Women’s Hall of Fame in 1993. She then went on to found the Dolores Huerta Foundation in 2002. The Dolores Huerta Foundation’s purpose is to increase understanding that women’s rights, LGBTQ+ rights, immigrant rights, labor rights, and civil rights are all interconnected universal human rights issues. In 2012, former President Obama awarded Dolores the Presidential Medal of Freedom for her lifetime of advocacy. It was only fitting that Dolores received this award from Obama since he adapted her slogan, “Sí, se puede” as his motto, “yes we can.” Dolores also received the Ripple of Hope Award from the Robert F. Kennedy Center for Justice and Human Rights in 2020. She continues to be an outspoken advocate for world peace and the rights of immigrants, women, minorities, at-risk youth, and the LGBTQ+ community. 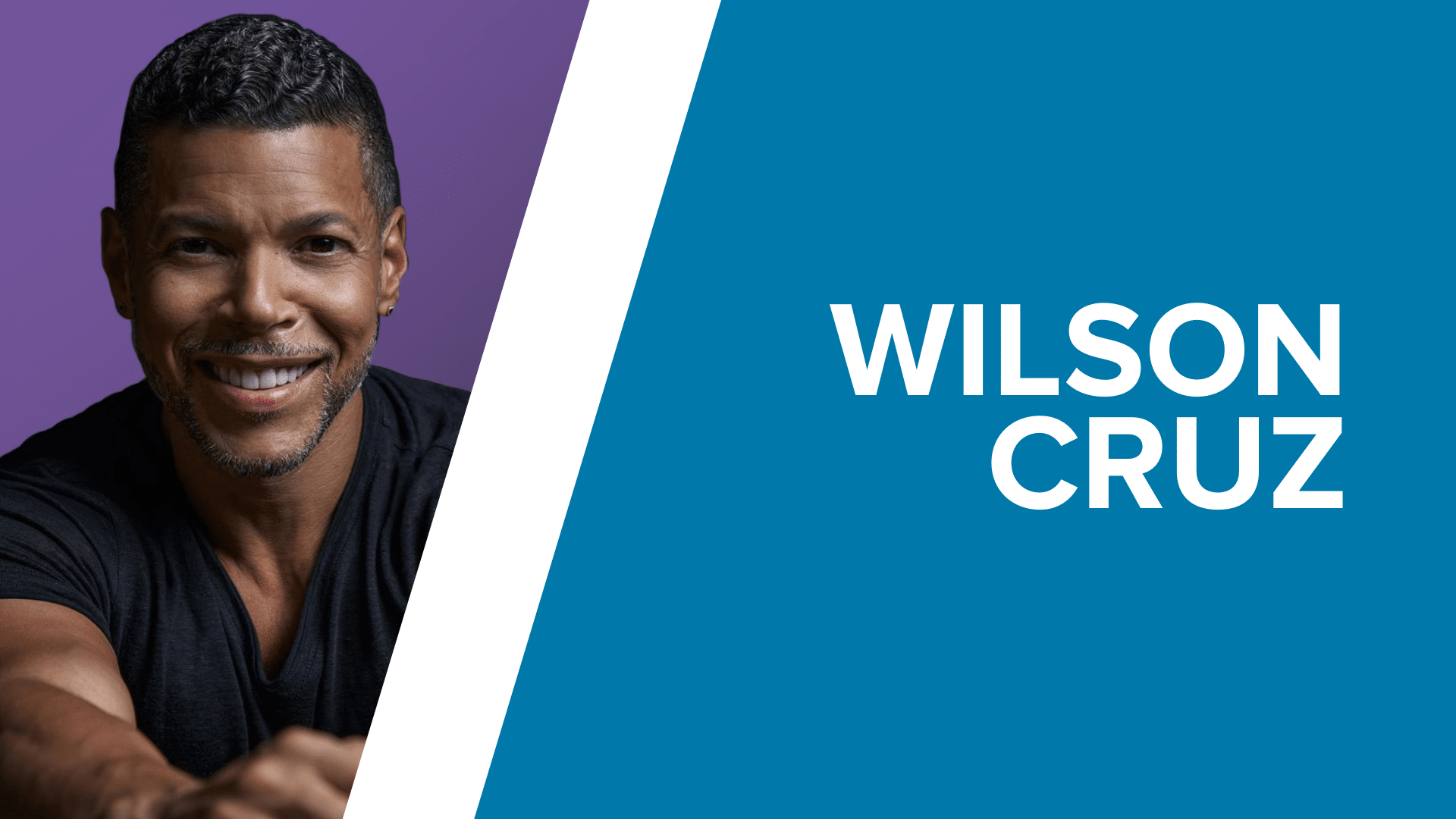 Wilson Cruz (he/him) is an advocate for LGBTQ+ youth of color, a member of the board of GLSEN and trailblazing actor. Wilson is known for his groundbreaking roles on television, such as his 1994 role as gay teen Rickie Vasquez on the ABC series “My So-Called Life.” Wilson served on the board of directors and then staff of GLAAD from 1997 to 2012. Wilson dedicates his time to building support for LGBTQ+ youth in Puerto Rico and from Latinx backgrounds. Due to his broadly impactful activism and support of LGBTQ+ organizations, Wilson has received the Emery S. Hetrick Award from the Hetrick-Martin Institution for outstanding contributions to LGBTQ+ youth and beyond. Wilson continues to boldly make TV history in his current role as Dr. Hugh Culber on Star Trek: Discovery as one of the first openly gay characters in the franchise. 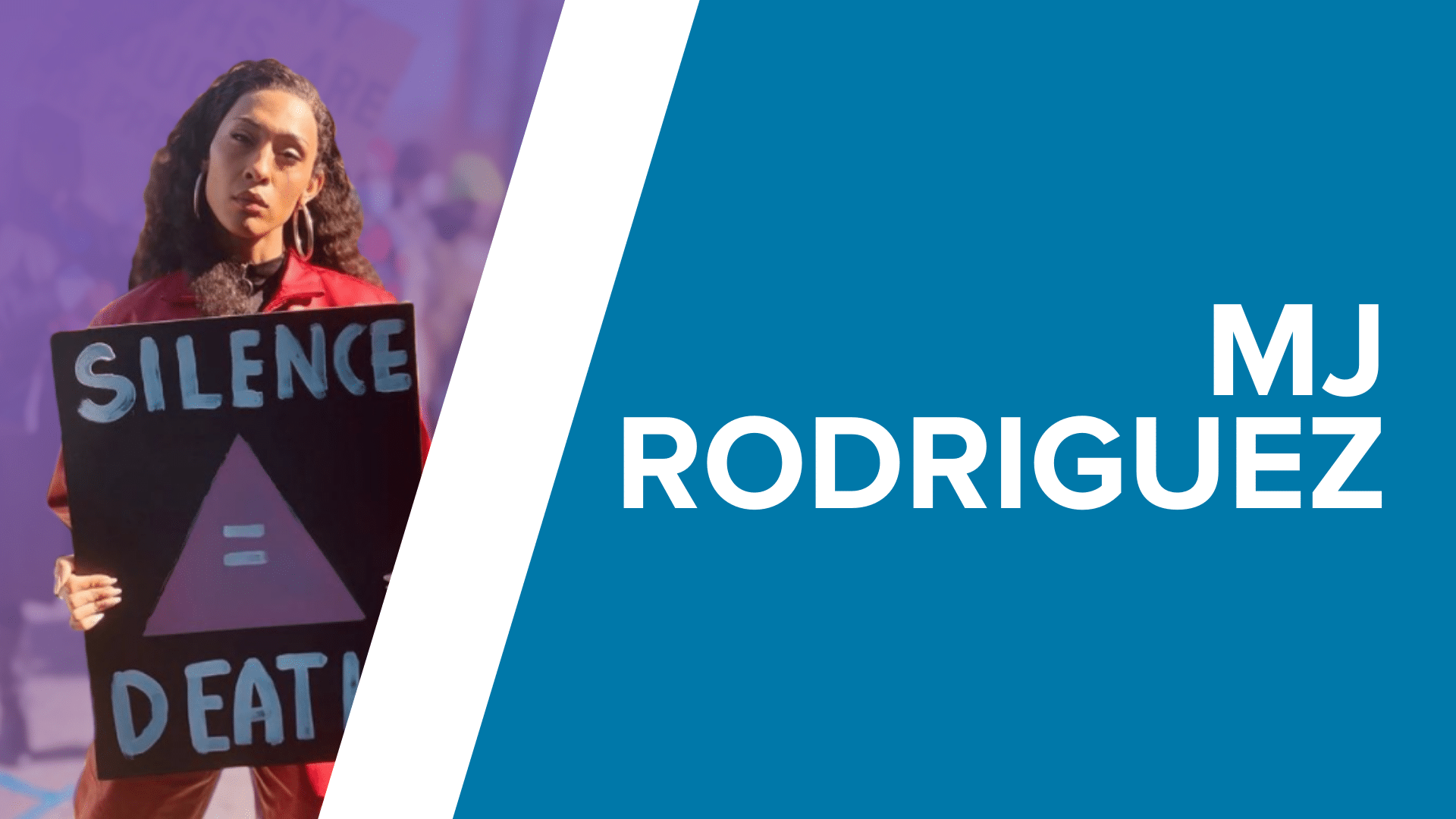 MJ Rodriguez (she/her) is an actor and an advocate for the Black and Latinx transgender community. She has opened doors for transgender artists and continues to advocate by speaking up and emphasizing the importance of media representation of the LGBTQ+ community, especially for trans people of color. MJ is best known for her role as Blanca in the hit FX show “POSE,” which has broken many visibility barriers. MJ made history as the first trans woman to be nominated for a lead acting Emmy and the first openly trans woman to win Best Actress for Television at the Imagen Awards in 2019. In 2020 she was named the Advocate’s “Woman of the Year” to honor her boundary-breaking performances and her dedication to activism. 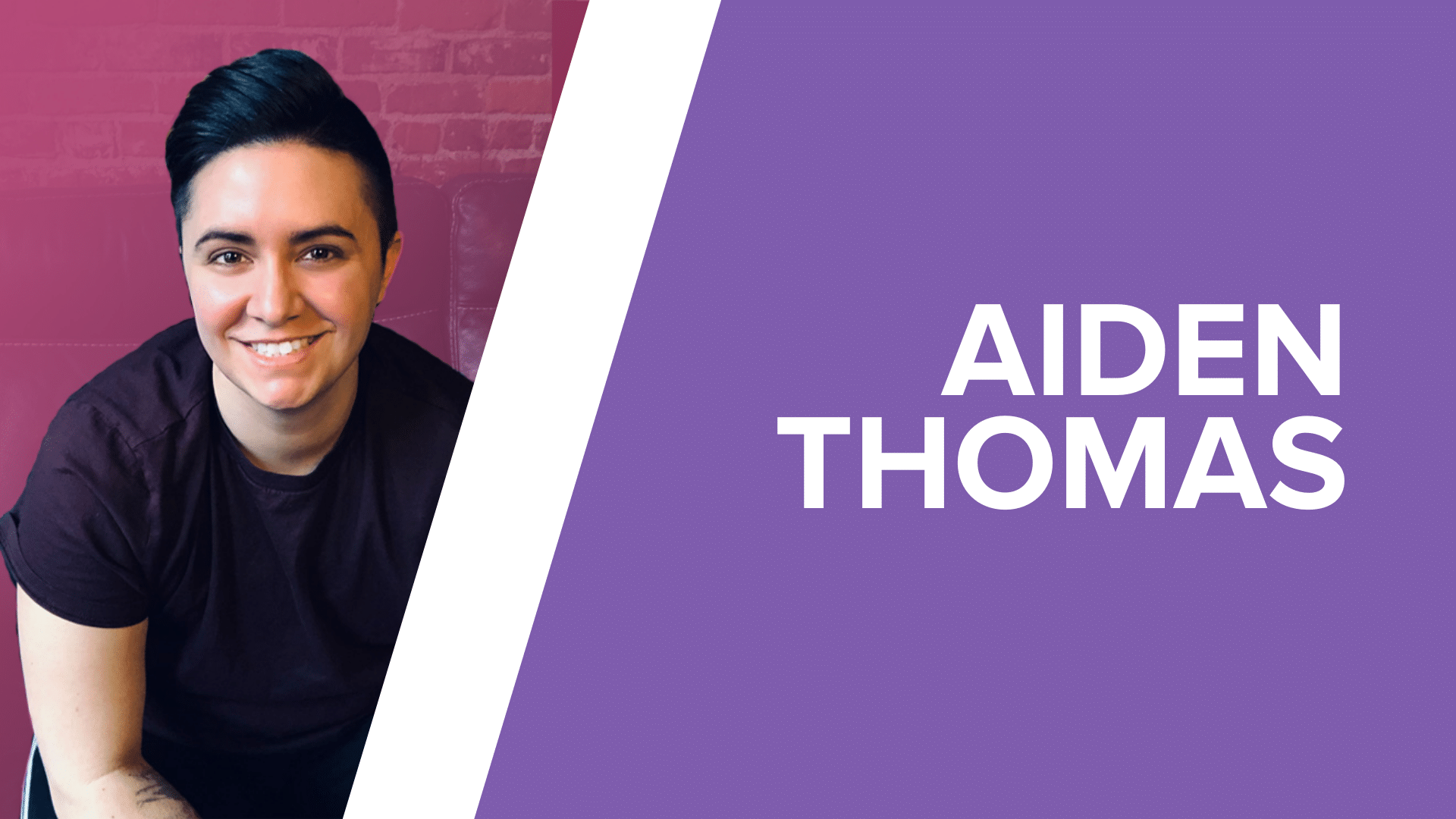 Aiden Thomas (he/they) is a nonbinary, transgender author who advocates fiercely for diverse representation in all media. Aiden was the first openly trans author on the New York Times bestseller fiction list with Cemetery Boys, which climbed to 8th place for Young Adult Hardcover books. Cemetery Boys brings rare visibility to the unique vulnerabilities of youth who have overlapping social identities, with representation of queerness and transness within Latinx families and culture.

Iván Espinoza Madrigal (he/him) is the Executive Director of Lawyers for Civil Rights. He advises federal and state policymakers on the legal needs of people who have identities that range across sexual orientation, gender identity, race, and immigration status. Before joining Lawyers for Civil Rights, Iván was the Legal Director of the Center for HIV Law and Policy (CHLP). His advocacy centered HIV as an issue impacted by racial justice, immigration, criminal justice, and public health. Before he worked at CHLP, Iván was a staff attorney at Lambda Legal where he developed an initiative that addresses the legal needs of LGBTQ+ and people of color and low-income people living with HIV and worked on the marriage equality fight at the state and Supreme court levels.

In recognition of Iván’s important contributions, the Boston Business Journal profiled him as an “Emerging Leader Fighting for Justice” in 2015. Iván has a community-driven model to his work that has led to dozens of law-changing cases on behalf of people of color and immigrants. 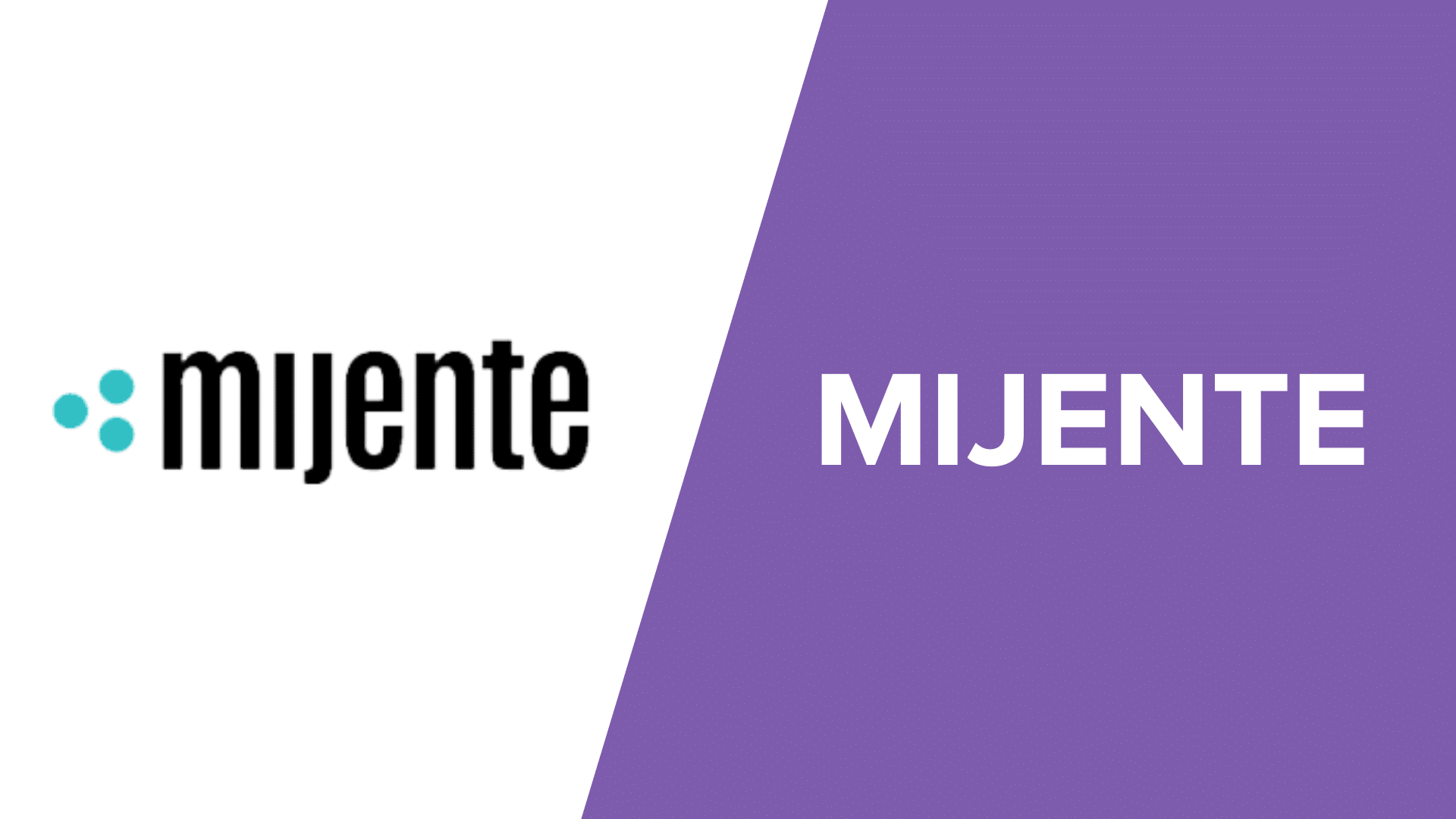 Mijente is a Massachusetts-based organization that advocates for Latinx and Indigenous liberation and fights for racial, economic, climate, and gender justice. Created in 2015 after the #Not1MoreDeportation campaign, Mijente recognized that society needed to come together and stand up to the ongoing threats against the Latinx community. Mijente’s mission centers BIPOC and LGBTQ+ people, understanding that unity against shared oppression is essential in creating change and achieving justice.

In 2020, Mijente helped organize a petition that led to the Nashville LGBTQ Chamber of Commerce divesting completely from its ties with CoreCivic, a private prison corporation with strong links to ICE and other unethical business practices. 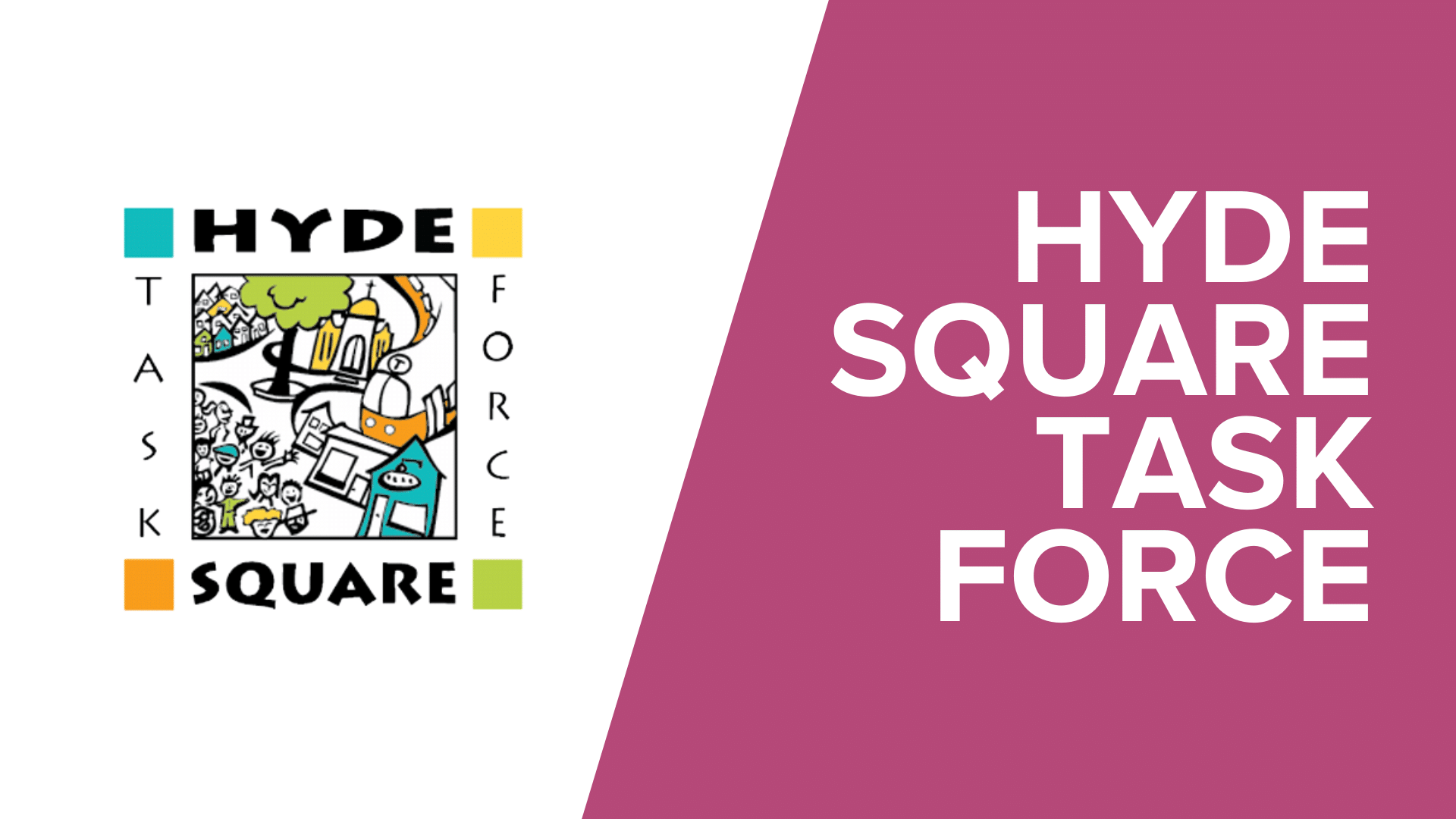 Hyde Square Task Force is an organization that supports Latinx youth and encourages them to learn, grow, and achieve academically. HSTF’s education aims to equip youth to advocate for themselves and build an equitable Boston. Hyde Square Task Force was created in the 1980s from a partnership between neighbors and leaders to address the ongoing violence facing the Hyde/Jackson neighborhood of Jamaica Plain, MA. From then on, HSTF became an organization that values itself on ensuring that Boston’s Latin Quarter continues to grow as a diverse hub of Afro-Latin arts and a sustainable home for Greater Boston’s Latinx community.

Hyde Square Task Force’s Youth in Action (Jóvenes en Acción) program, alongside their various College Success, Creative Development, and Community Engagement programs, encourage youth to contribute to and learn from working in partnerships with neighbors in the Latin Quarter through Afro-Latin arts and advocacy. 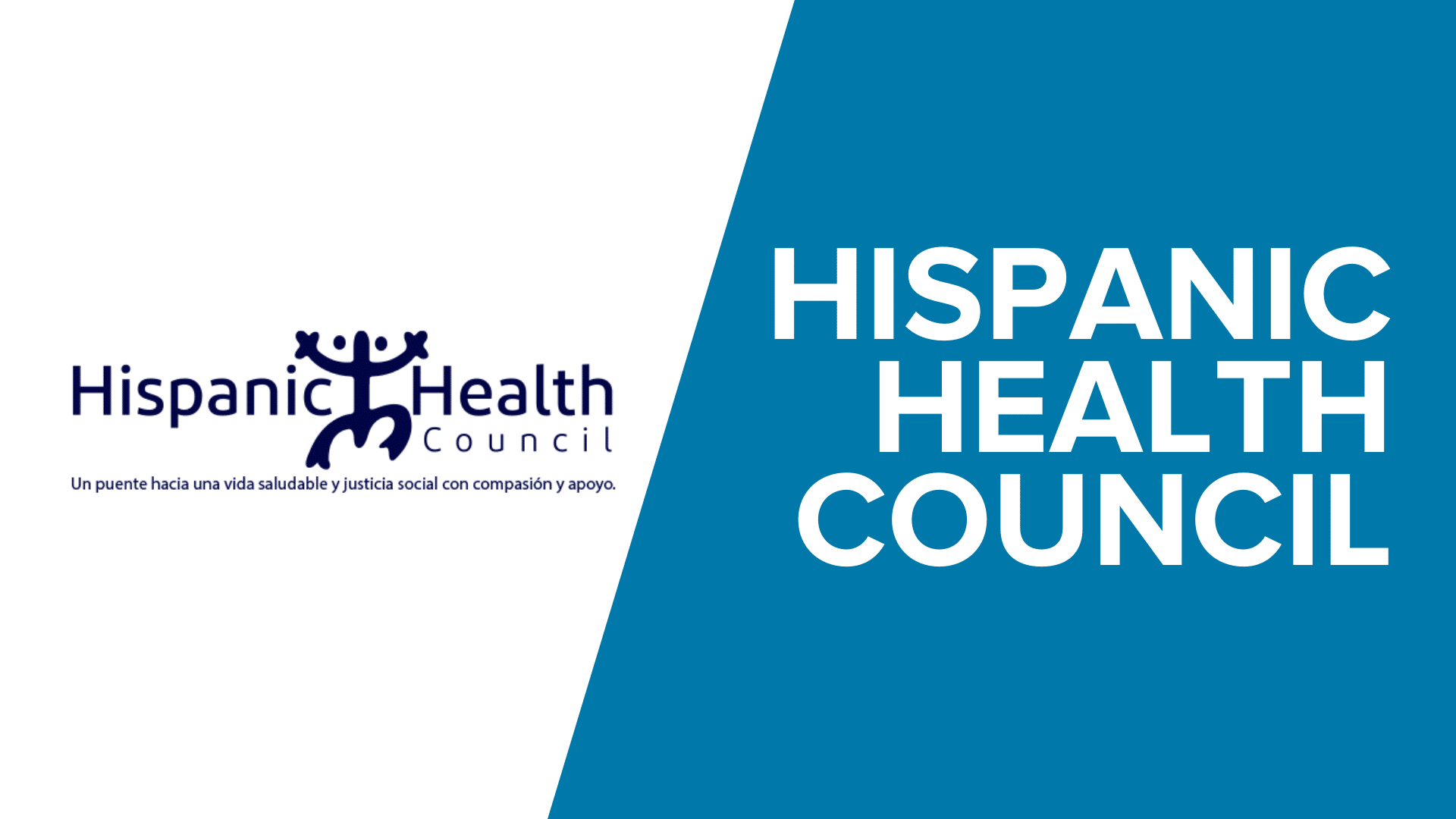 The Hispanic Health Council is a Connecticut-based organization focused on improving Latinx health and access to healthcare and promoting equity for other vulnerable communities through research, advocacy, and culturally competent services. The organization prioritizes addressing the cultural and linguistic barriers between the Latinx community and the healthcare system, which results in health disparities. In the 1980s, the Hispanic Health Council was a leader in HIV/AIDS knowledge and a pioneer in the concept of needle exchange. The Hispanic Health Council uses system and policy advocacy to impact the multitude of barriers to optimal health experienced by Spanish-speaking communities and to guarantee that all people have access to high-quality medical care. They have worked continuously to empower the Latinx community and strengthen their impact on policy.