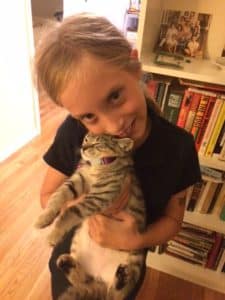 The couple had long planned to have a child and got married as soon as it was legally possible in the District of Columbia, near their Maryland home.

Moira got pregnant about a month after their wedding, and the couple went to a lawyer to jump-start a second parent adoption process for Hillary.  Things were going well until Moira hit the 27-week mark in her pregnancy.

“I was diagnosed with severe pre-eclampsia and put on hospital bed rest for two weeks,” she recalls. “It was very intense.” Matters became more frightening when doctors determined that baby June would need to come into the world by emergency C-section at just 29 weeks.

When June was born, she was rushed to the neonatal intensive care unit. “I saw her for one blurry second,” said Moira, who then underwent an emergency hysterectomy and was incapacitated. In the meantime, Hillary had no standing as a parent. Her second-parent adoption would not be complete for three months and her name was not on the birth certificate.

“The staff kindly let Hillary into the NICU with June,” says Moira. “I was out and couldn’t give her permission to make medical decisions for June. “So the NICU team had to go ahead and do what they thought was best, which was to intubate her. To say it was incredibly stressful doesn’t begin to describe it.” 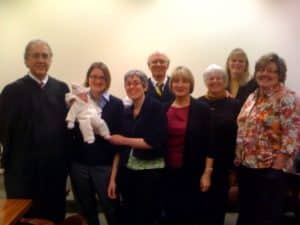 Hillary adds, “Had we been at a different hospital, or had we interacted with different staff, I might have been shut out entirely. Even though things worked out, parents like us should not be at the mercy of chance.”

This happened in Maryland, but it’s exactly what can and does happen in Rhode Island because of the state’s outdated laws, which particularly impact unmarried parents.  For children born to unmarried parents, a non-birth parent has no clear legal standing at the time of birth.

Once June was out of the woods, after a 3-month hospital stay, their family ordeal was still not over. Although June was meant to be quarantined at home, the couple had to bring her to court for the adoption one month after she was released from the hospital. Hillary finally was recognized as the full parent that she was and is, and June was well-protected legally.

Today, June is a happy, healthy 8-year-old, living in Providence and co-parented by Moira and Hillary, who have since divorced.  “Junie is great,” says Moira. “She swims laps, rides her bike, and plays soccer and basketball. She just got a new kitten.” 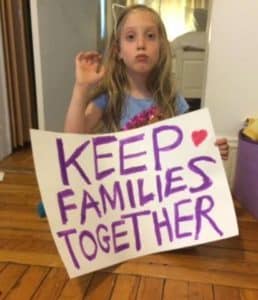 Moira does not want to see her Rhode Island friends go through what her family did. “I was really shocked to learn that things aren’t easier here, that parents still need to adopt their own children. It’s ridiculous, and it needs to change so that all children are protected.”  Moira knows first-hand how important it is to secure parent-child relationships at birth so that parents have the ability to make critical decisions for their children’s health and safety.