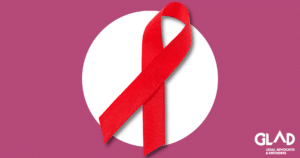 Does New Hampshire have laws protecting people with HIV from discrimination?

Who is protected under anti-discrimination laws?

What laws protect people with HIV from discrimination in employment?

People with HIV are protected under the New Hampshire Law Against Discrimination (RSA § 354-A), and the federal Americans with Disabilities Act (ADA). Both of these statutes prohibit discrimination in employment on the basis of a person’s disability. New Hampshire law covers workplaces with six or more employees. The ADA covers workplaces with 15 or more employees.

The Rehabilitation Act of 1973 prohibits discrimination on the basis of disability in programs conducted by federal agencies, in programs receiving federal financial assistance, in federal employment and in the employment practices of federal contractors.

What do these anti-discrimination laws prohibit?

An employer may not take adverse action against an applicant or employee simply on the basis that the person has a disability such as HIV or AIDS. This means that an employer may not terminate, refuse to hire, rehire, or promote, or otherwise discriminate in the terms or conditions of employment, based on the fact that a person is HIV-positive or has AIDS.

The focus here is whether a person with AIDS or HIV was treated differently than other applicants or employees in similar situations.

The following are examples of unlawful discrimination:

An employer cannot refuse to hire a person because it will increase health or workers’ compensation insurance premiums.

What may an employer ask about an employee’s health during the application and interview process?

Under the ADA and New Hampshire law, prior to employment, an employer cannot ask questions that are aimed at determining whether an employee has a disability. Examples of prohibited pre-employment questions are:

After an offer of employment, can an employer require a medical exam? What guidelines apply?

If an employer has at least six but fewer than 15 employees, only New Hampshire law applies. New Hampshire law allows employers, after making an offer of employment, to inquire into and keep records of existing or pre-existing physical or mental conditions (RSA § 354-A:7, III). New Hampshire law, however, does not mandate the specific requirements and limitations that are contained in the ADA regarding a post-offer exam.

How have the courts addressed fears that health care employees who perform invasive procedures, such as surgeons, will transmit HIV to patients?

The risk of HIV transmission from a health care worker to a patient is considered so small that it approaches zero. Nevertheless, in cases where hospitals have sought to restrict or terminate the privileges of HIV-positive health care workers who perform invasive procedures, courts have reacted with tremendous fear and have insisted on an impossible “zero risk” standard. As a result, the small number of courts that have addressed this issue under the ADA have upheld such terminations.

However, in the case of HIV-positive health care workers, courts have ignored the extremely remote probability of the risk and focused on the nature, duration and severity of the risk. The following excerpt from a recent case is typical of courts’ approach:

“We hold that Dr. Doe does pose a significant risk to the health and safety of his patients that cannot be eliminated by reasonable accommodation. Although there may presently be no documented case of surgeon-to-patient transmission, such transmission clearly is possible. And, the risk of percutaneous injury can never be eliminated through reasonable accommodation. Thus, even if Dr. Doe takes extra precautions… some measure of risk will always exist…” (Doe v. University of Maryland Medical System Corporation, 50 F.3d 1261 (4th Cir. 1995)).

It is important to note that only a small number of courts have addressed the rights of HIV-positive health care workers. The AIDS Law Project believes that these cases have been incorrectly decided and are inconsistent with the intent of Congress in passing the ADA. Because of the unsettled nature of the law in this area, a health care worker who is confronted with potential employment discrimination should consult a lawyer or public health advocate.

Assessing Discrimination by an Employer

While it may be useful to consult with a lawyer, the following steps can be helpful in beginning to consider and assess a potential employment discrimination problem.

What laws prohibit discrimination in housing?

It is illegal, under both New Hampshire law (RSA § 354-A:12) and the National Fair Housing Amendments of 1989, to discriminate in the sale or rental of housing on the basis of HIV status. A person cannot be evicted from an apartment because of his or her HIV or AIDS status, or because he or she is regarded as having HIV or AIDS.

Are there any exceptions to these laws?

Yes, exceptions to New Hampshire law exist for single family homes rented by the owner; for residences of 3 or fewer apartments when the owner occupies one apartment; and for residences of five or fewer rooms when the owner or owner’s family live in one room (RSA § 354-A:13). In addition, the Fair Housing Act exempts, in some circumstances, owner-occupied buildings with no more than four units, single-family housing sold or rented without the use of a broker and housing operated by organizations and private clubs that limit occupancy to members.

Do New Hampshire laws protect against discrimination by health care providers, businesses, and other public places?

Yes, under New Hampshire law (RSA § 354-A:1) and the ADA, it is unlawful to exclude a person with HIV from a public place (what the law refers to as a “public accommodation”) or to provide unequal or restricted services to a person with HIV in a public place. Under both statutes, the term “public accommodation” includes any establishment or business that offers services to the public. In addition, the Federal Rehabilitation Act of 1973 (29 U.S.C.A. § 794) prohibits discrimination on the basis of disability in any agency or program that receives federal funding, including hospitals, medical or dental offices, and educational institutions.

Therefore, people with HIV are protected from discrimination in virtually every public place or business, including bars, restaurants, hotels, stores, schools, vocational or other educational programs, taxi cabs, buses, airplanes, and other modes of transportation, health clubs, hospitals, and medical and dental offices, as long as these facilities are generally open to the public.

Is discrimination by health care professionals against people with HIV still a problem?

Believe it or not, yes, people with HIV still face discrimination by hospitals, doctors, dentists, and other health care providers. This discrimination can take the form of an outright refusal to provide medical services or an illegal referral because of a patient’s HIV status.

What types of arguments do doctors who discriminate against people with HIV make, and are they legitimate?

Doctors typically try to justify discrimination against people with HIV with one of two arguments:

Both an outright refusal to provide medical treatment and unnecessary referrals on the basis of a person’s disability are unlawful under the ADA and New Hampshire law.

How have courts and medical experts responded to these arguments?

Courts and medical experts responded to these arguments in the following ways:

Doctors and dentists may claim that a refusal to treat a patient with HIV is legitimate because they fear they might contract HIV themselves through needle sticks or other exposures to blood. However, studies of health care workers have concluded that risk of contracting HIV from occupational exposure is minuscule, especially with the use of universal precautions.

For this reason, in 1998, the United States Supreme Court ruled in the case Bragdon v. Abbott that health care providers cannot refuse to treat people with HIV based on concerns or fears about HIV transmission (524 U.S. 624 (1998)).

In these cases, the merits of a discrimination claim depend upon whether, based on objective medical evidence, the services or treatment needed by the patient require a referral to a specialist or are within the scope of services and competence of the provider.

In United States v. Morvant, a federal trial court rejected a dentist’s claim that patients with HIV require a specialist for routine dental care (898 F. Supp. 1157 (E.D. La 1995)). The court agreed with the testimony of experts who said that no special training or expertise, other than that possessed by a general dentist, is required to provide dental treatment to people with HIV. The court specifically rejected the dentist’s arguments that he was unqualified because he had not kept up with the literature and training necessary to treat patients with HIV. While this case arose in the context of dental care, it is applicable to other medical settings as well.

What are the specific provisions of the ADA that prohibit discrimination by health care providers?

Applying the specific provisions of the ADA above to the practice of health care, the following practices are illegal:

What are some potential remedies for discrimination under federal law?

To pursue a claim under the Americans with Disabilities Act for employment discrimination, the employer must have at least 15 employees. A person must file a claim with the Equal Employment Opportunity Commission (EEOC) within 180 days of the date of the discriminatory act. A person may remove an ADA claim from the EEOC and file a lawsuit in state or federal court.

To pursue a claim under the Americans with Disabilities Act for discrimination in a place of public accommodation, a person may, without first going to an administrative agency, file a claim in state or federal court for injunctive relief only (i.e., seeking a court order that the discriminatory conduct cease). Money damages are not available for violation of Title III of the ADA unless they are sought by the United States Department of Justice. However, a person may recover money damages under the Federal Rehabilitation Act in cases against entities that receive federal funding.

To pursue a claim under the Rehabilitation Act, a person may file an administrative complaint with the regional office of the federal Department of Health and Human Services and/or file a lawsuit directly in court.

For information about filing a discrimination complaint under the ADA, visit:  File a Complaint