Small business owner J Shia has been a parent for twelve years, but she’s never been recognized as one, leading to practical headaches and deep worry about her son’s future.

When J was 19, her girlfriend at the time got pregnant. Their relationship moved from romantic to friendship, but the two remained close and J offered to help with the baby. J was at the hospital when he was born and helped name him. She loved “A” from day one. 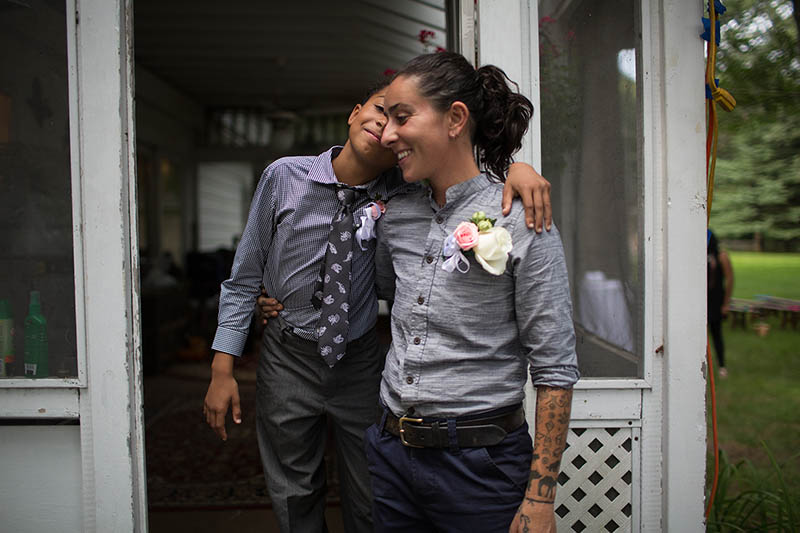 After A was born, his mother struggled with a number of issues. J stepped up to take care of A and found herself, unexpectedly, a single mother right when she was starting college. She took A to classes and worked in her spare time. For four years, J parented A on her own, with no legal rights or responsibilities.

When A was 4, state intervention involving his birth mother’s younger children led to A returning to live with her. Soon after, he was removed to foster care due to abuse in that home. When J tried to become a child-specific foster parent so A could return to her care, she was rejected because the state didn’t want to separate A from his younger brother and because J was still a student. For 10 months, A and his brother were in foster care, with J visiting. While in foster care, the children disclosed abuse to J, and those allegations were substantiated. But, because she had no legal tie to A or his brother, instead of returning to J’s care, the children were returned to their birth mother. Back in that home, the abuse began again. Through all of this J, who was A’s only constant during his life, wanted to adopt him, but his birth mother would not consent. J’s only option to get custody of A was guardianship. J had to document her years of parenting and, eventually, succeeded in gaining guardianship of A. He is now 12 years old and thriving in her care.

J is frustrated and saddened when she thinks of what her son had to experience – the “constant state of harm” that he was in, exposed to abuse rather than being in her care. “Just because you have a genetic relationship with your child, doesn’t mean you are looking out for them.” And, despite 12 years of being A’s mom, because J is only a guardian and not a legal parent, she feels like a “glorified babysitter.” She has to get permission before traveling with him out of state, and she has to reapply for his health insurance every year. Beyond the practical difficulties of the gray zone that is legal guardianship, J lives knowing that, at any moment, A’s mother could petition to remove her as guardian. What J really hopes for A is the protection and security of having a legal parent-child relationship with her, who he calls “Mom.” With the Massachusetts Parentage Act, parents like J could seek de facto parent status that is equal, legal parentage, with all the rights and responsibilities of parentage. And, this status would not require terminating A’s birth mother’s rights or excluding her from his life. J hopes that the Commonwealth will respect her lifelong commitment to A and act in his best interests with statutory reform that allows him to be protected and secured to her, no matter what.